Beautiful Boy is not a nice film. It has no happy endings.

I cried in the cinema. I cried thinking about it in the taxi home. I didn’t cry writing this review, but I came close. It is by far one of the most devastating films I have ever seen, but it’s an important one.

Beautiful Boy is based on the memoirs of Nic Sheff and his father David. It follows the true story of the Sheff family as they grapple with Nic’s addiction to methamphetamines. At 18, Nic (Timothée Chalamet) was a good student who was involved in his school community and had a good relationship with his family, particularly his father (Steve Carrell). He was on track to go to college the following year. As many teens do, he had dabbled with drugs throughout high school. One flashback scene in the film shows Nic and David smoking a joint together, something David is initially opposed to, but finally gives into. It’s shown as a bonding moment between father and son. The turning point for Nic came late in his senior year, when he tried meth for the first time. “The world went from black and white to Technicolour,” he says. The film weaves through the trials and tribulations faced by the Sheff family as Nic enters rehab over and over again, only to relapse each time. Sometimes he’s sober for just days, and at one point it’s over a year. Each time he relapses is more devastating than the last.

Beautiful Boy deals with a huge issue currently gripping America. According to the Centers for Disease Control and Prevention, approximately 72,000 people died of a drug overdose in the U.S in 2017. More than 5,000 people present to emergency rooms for drug abuse related issues every day. Stories of families like the Sheffs are far from unusual. As the New York Times has reported, the rehab business is booming thanks to the opioid crisis. In December 2017, “the industry of addiction” was worth more than USD$35 billion a year, and clinics are largely unregulated. The film addresses this – David is convinced to involuntarily place Nic in rehab thanks to the high success rates he is told. Later, he discovers that the rates of rehabilitation for meth users is significantly lower. It’s reflective of the reality faced by so many families who think they are doing the right thing for their loved one, only to discover they have been duped.

Steve Carrell is surprisingly good as father David, a journalist who tries to learn all he can about the drug that has his son in its grips. While in the past it has been hard to take him seriously in a non-comedic role, here it’s not so hard to believe. There are small moments of comedic relief too – the scene where he hangs up on a woman calling from Nic’s rehab facility got a chuckle from most people in my cinema. The real scene-stealer, though, is Timothée Chalamet. The young actor has become one of the most hyped actors of the moment, and here he shows why. “Timothée is an open book emotionally,” says director Felix van Groeningen. “He plays the character as someone who we love so much that we’re really scared for him.” There’s already Oscar buzz for Chalamet in this role, and it’s well deserved.

This is van Groeningen’s first English language film. The film is beautifully shot, and the Belgian director uses large swathes of silence to his advantage. Whole scenes pass with no dialogue, and music is used sparingly to further the story. van Groeningen strikes the right balance – you get enough information to understand what is going on, but the silence heightens your emotional reaction to what occurs on screen. The two-hour run time passes quickly, and by the time the film reached its final poignant scenes I was just as exhausted as the Sheff family. Beautiful Boy is absolutely heartbreaking, but it’s essential viewing.

Beautiful Boy is in cinemas from Thursday 25 October. 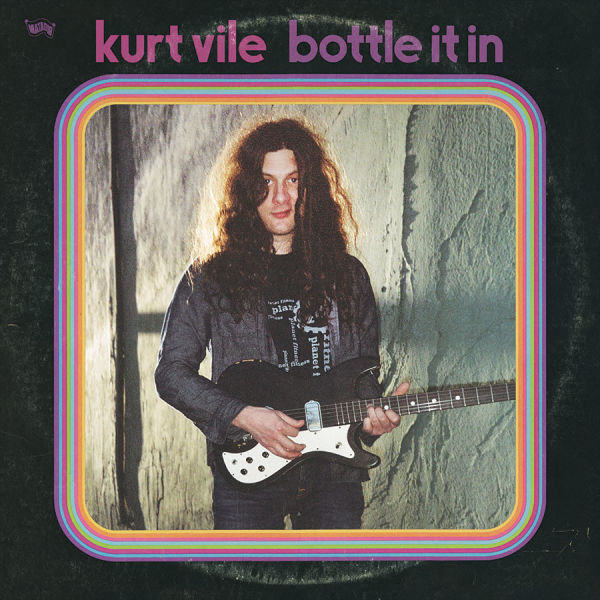 Kurt Vile | Bottle It In