Congratulations to the following 2018 Supervisors

Congratulations to the following 2018 Research Students

Supervisors must adhere to minimum standards when they interact with their Higher Degree Research students, such as the UNSW Code of Conduct and other policies set out by the Graduate Research School. However, there exist supervisors who display exemplary behaviour beyond the minimum requirements who deserve recognition for their hard work in supervising research students. The PGC Supervisor Awards were established to acknowledge these dedicated supervisors.

Together with the Research Student Awards, and outstanding supervisors will additionally be featured in the GRS Newsletter.

Nominations will be judged by this year's PGC. Since the PGC is composed of postgraduate students, it is important to consider conflict of interest if a member of the PGC personally knows one of the student nominees. In that case, the PGC member will abstain from judging the given nominee. Scores given by the other PGC members for that nominee will then be weighted appropriately.

You can view previous PGC Supervisor Award recipients from the following years:

The PGC Research Student Awards aim to recognise HDR candidates who help to create a lively research environment and supportive social atmosphere among the student cohort of their School or Centre. 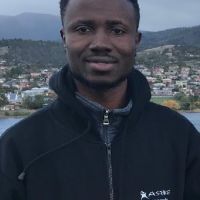