The logo is currently being used on all promotional assets for the exhibition, however you might have come across her work previously.

Originally from Sri Lanka, Shamanthi already had experience in art and design before coming to study in Sydney, including several book cover illustrations, a ten-meter-long mural for an office building, group exhibitions in noted Sri Lankan galleries, and an increasingly popular Instagram account featuring her work.

Now living in Sydney, she is working to build a presence as an artist here and saw the Annual 18 Design Competition as an opportunity to achieve this.

“Designing the Annual 18 logo was a rare opportunity for me to gain exposure in Sydney amidst strong competition. I am very honored that my design was chosen”.

The yearly competition is run by the UNSW Art & Design faculty in collaboration with Arc, and the judging panel consisted of members from both organisations. They all agreed on the high level of submissions this year and were particularly impressed with Shamanthi’s beautifully resolved and well-considered design.

In describing her logo submission Shamanthi says: “The hand-lettered numerals in this logo design are composed of free-flowing, organic forms. The forms are of varying shapes and sizes, but come together to create a cohesive whole, just as different themes and styles feature at the Annual make up a cohesive exhibition.”

She created the logo after researching illustrated typography. After sketching out various possibilities, she used her signature style of flowing forms to render the number 18 in the logo, using the pressure sensitivity of her drawing tablet to digitally create the varying line thicknesses in the forms.

Earlier this year she received another opportunity to showcase her artwork as a featured artist at Arc’s Artsweek 2018 with her mural called Digibubble. She spent seventeen hours on this 4 x 2-meter wall-painting, which depicts a lady scrolling through her mobile phone with a bubble around her head. This is a playful look at people’s immersions in their digital bubbles, but also prompts the question of how much of our selves is real, and how much of us are digital.

You can see Digibubble at UNSW Kensington Campus, located between the Law Faculty and Roundhouse. To see more of Shamanthi’s artwork, have a look at her website here. 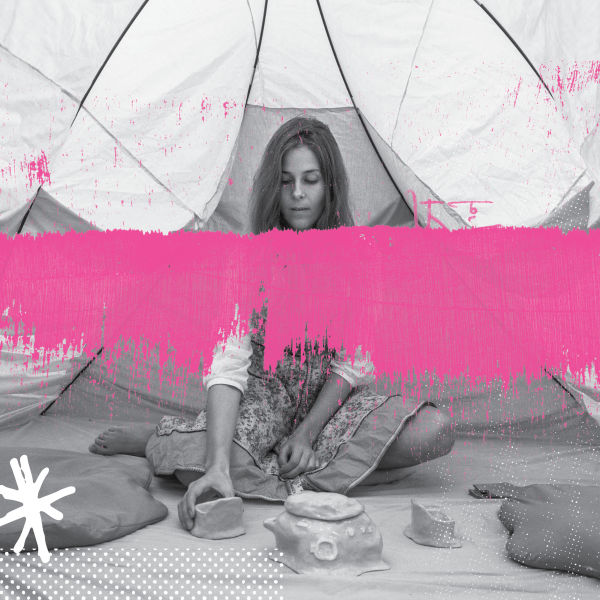 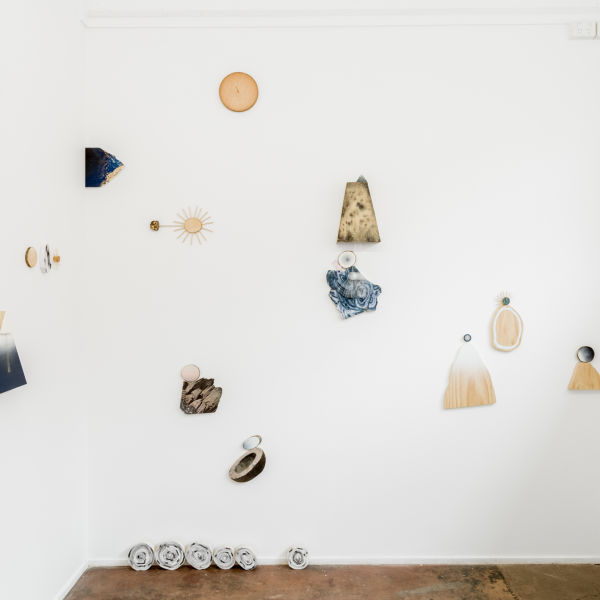 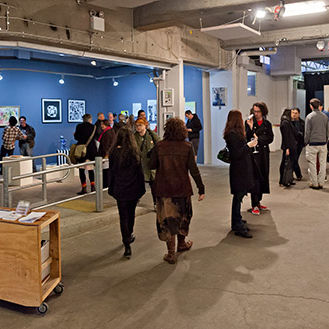