Community Team of the Year

The UNSW Wests Killer Whales were awarded Community Team of the Year last night at the annual Sport NSW Community Sports Awards, being recognised not only their prowess in water polo, but also the sense of community they have fostered within the club.

Daisy Carter, the team's captain, has been involved in the club for over ten years and tells us there is a strong emphasis on being relentless and united - a spirit that inspires the team to bring out the best in each other and to create a culture that juniors aspire to.

"Knowing how many people have paved the way towards our recent achievements, from players before us, sponsors, coaches and family members, allows us to thrive."

The team's determination is a sure driver of the Killer Whales' success, but so is the fierce sense of loyalty. Even after moving overseas to play water polo at a college level for four years, Daisy was certain she would return to play for the Wests and tells us that most of their players have been with the club for many years.

It is undoubtedly this ethos that runs throughout each training session and competition that has propelled the team to its achievements. The Killer Whales ended the 2018 season with victory in the National Water Polo League in May, winning bronze over the UTS Balmain Water Polo Club (11-7).Triumphs are widespread throughout the club, with the men's team, the Magpies, defeating long-time rivals, the Drummoyne Devils to take home the Men’s Championship in a nail-biting grand final, with a final score of 9-7.

Arc Delegate and 4th year Commerce/Economics student Josh also praises the teams’ devotion to dominating the league and the vast opportunities to improve as key to their success.

“We have a championship culture in our club and aim high across our Junior, Social, Senior and National League teams. We also value earning your stripes - if you put in the work, you’ll have plenty of opportunity, which we think is an important trait to instill in our juniors, student athletes and those striving towards national success.”

Josh credits the efforts of coach and manager Gary Negus, Club President Phil de Gail and Treasurer Peppi Kearney for their ongoing commitment to the club.

The UNSW men’s and women’s UniSport Nationals Water Polo trials have been announced with teams defending impressive results from 2018 – a gold medal for the men’s team (11-3) and fourth place for the women’s. 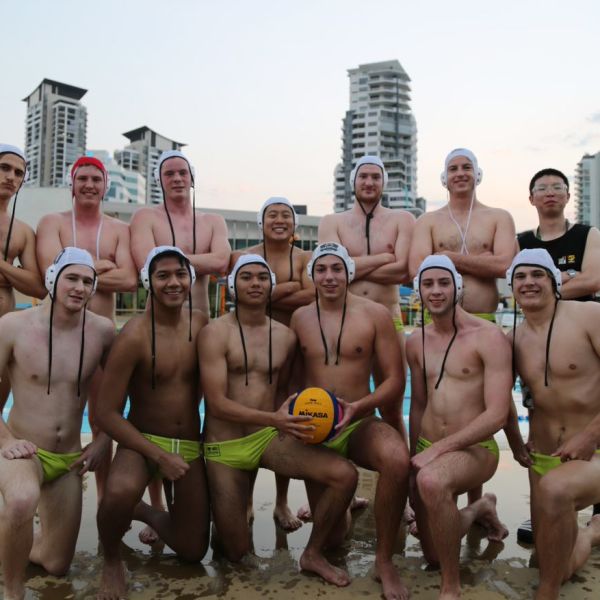