AN INTERVIEW WITH FLETCHER GULL

Fletcher Gull is an indie/folk/pop artist based in Melbourne. His songs 'Deciduo' and 'Hypothermia' have been added to the Triple J Unearthed rotation, and he will soon be going on tour across Australia with Alex the Astronaut. With his EP launch coming up this week, Fletcher sat down with us to talk about his music, his inspirations, and his artistic journey so far.

Your recent single 'Deciduo' was added to Triple J Unearthed's radio rotation. Can you talk about where the idea for the title and song came from?

Well, I was just walking around one day and I saw this really beautiful tree. So, I sat underneath it for a couple of hours and just wrote the song.

There wasn't really a big idea for it anything, I just saw the tree and thought, "damn, it sucks that no one else is going to be able to see this amazing tree." So I wrote a song about it.

What is your favourite and least favourite part of the creative process?

My favourite part is just when you have an idea and you're ready to go.

But my least favourite can sometimes be recording. Sometimes it's just frustrating when you have this idea in your head and it doesn't quite turn out that way.

On your Instagram, you posted photos from your trip to India, which you said was on "a last minute whim". Is travel a part of where your inspirations come from?

I think my ideas are more a product of my inspirations that are suppliant. I don't know I don't do much travelling any more so when I get to, it's good.

I just had nothing to do for a month and it just came about, and I thought it would it be good. And it was very good.

But generally, I find it easier to write songs when I'm bored or super depressed or alone and in a quiet place.

You have a burgeoning style that is quite unique. It fits in to an indie-folk/pop genre. Is that a framework that you'd like to explore more or would you rather delve into other genres?

I'd love to explore other genres. The songs that I'm releasing now, I wrote at least six years ago, so the stuff I'm writing now is nothing like that at all. I want to make things a bit more acoustic in an instrumental sense.

I really like bands like the Flaming Lips and Elliott Smith and Alex G – people that can do really nice honest acoustic music but in a modern sort of way.

Would you say that this kind of genre exploration is outside your comfort zone?

I mean you're supposed to. It's recommended that all your songs sound the same. Like one time I made a song and I put it out briefly, and a few different record labels got in touch. They said that they loved it and asked if I could send them some more songs. I think they were expecting more to hear more of the exact same thing since you don't want to confuse your audience. But that's not really what I do.

If you write songs that are not inherently the same, it's harder to kind of break through.

Obviously for myself, but there has been some stuff in the back of my mind. I've often asked myself, "am I writing it just to be who I am, or am I writing it because I want to attain just a little bit of success?" The answer for some of the songs I wrote a while back is probably to attain just a bit of success because I was just listening to lots of pop music at the time.

I mean the song I just released, 'Deciduo' was written when I was listening to a tonne of Taylor Swift. We had to remix it and make it sound more accessible. Originally the song wasn't linear, there were no choruses or any of that which is a bit wild. So we changed it all to make it 'radio-friendly'.

I think I have gotten out of that way of thinking a little bit now.

It's really interesting to hear that you are re-evaluating for your music means to you.

But recently, I've kind of gotten out of that mindset partially because of hearing other people like Alex G. He's an artist from Philadelphia who doesn't seem to care, and he's doing great and producing some of the best music I've heard in the decade. He's been super inspiring to me and I'm going to try continue down that path.

The Australian music scene has started flourishing in recent years and it's a really exciting time for young artists like you. Can you provide some insights into how you might have cracked into the industry?

Well I'm not sure if I've cracked in to the industry quite yet. But as for my journey, I don't really have any great stories.

I've played music since I was a kid and I've played gigs since I was young. I had a few bands in high school and I toured with an orchestra overseas.

I feel like I still don't understand the industry yet.

Having grown up in Wollongong, how has the city fostered your appreciation for the arts?

I don't think where I was affected who I am musically at all. I learnt to appreciate music in my parent's car and in my bedroom.

In more recent years in terms of live music, I think that Wollongong has a really raw sort of feel to it. It has such a good community for music but it's not my kind of music. If you listen to the kind of music that I'm putting out and the kind of music that's coming out of Wollongong, like Hockey Dad, it's vastly different. So I guess that's why I felt like I had to move, I didn't really feel like it was my genre.

But the community is just so good. You go to Rad Bar and it doesn't matter who you are or what state you're in, it's just a really chill spot. All the gigs around there just involve going to someone's house or they'll even have concerts in a shipping container. You don't have to worry about bumping into to people. Everyone's just throwing beer onto each other and stuff, and no one is afraid to dance.

How did your parents upbringing help foster your appreciation for music?

It was all my dad. He got me into music and he used to teach me piano – actually he taught me everything. He wasn't much of a guitarist or drummer but he had these things just lying around the house. I'm really lucky that he did, otherwise I don't know that I'd be playing music.

I didn't play music because I was super inspired or anything, I played because I was just sitting around the house and I was bored. I would pick up an instrument and just play around with it until my dad finally convinced me to play some chords. Back then I didn't realise I could play people songs.

My dad would raise me on Stevie Wonder and David Bowie and the Jackson 5 – a lot of Motown stuff. But it never occurred to me that I could play those songs – I thought I had to make up songs. So, ever since I was eight years old I started writing songs all the time.

When I got a little older, my dad and I would play together. I'd play drums and Dad would play the piano and sing. We'd play at barbecues and birthday parties and stuff like that.

It's really great to hear that you had such supportive parents who helped you shape yourself in a positive way.

It's great. I mean it's not exactly a Hollywood blockbuster story - sometimes I wish that I had a cool story about running away from home because that would be way more interesting. But that's not the case. I had great parents.

It felt hard sometimes because they split when I was about three or four and I never knew where I lived or belonged. But yes, I've been super lucky in that regard.

Yeah, it seems like you don't always need a great, dramatic backstory. You just need a supportive family and you can see how far you get from there.

Yeah, you can't deny who you are. Especially these days there's a lot going around. Everyone is just so ashamed of who they are for no reason and it's pure detriment. There is no value in that. You need to be okay with yourself if you want the world to be a better place or to add joy to people's lives.

The gig at Yulli's is for our EP launch, it's going to be super fun.

As for Oxford Art Factory, it has been my dream venue ever since I was a kid so I'm pretty damn keen for that one. And I'm supporting for Alex the Astronaut which is pretty exciting. I have no idea how I got those gigs but our manager's pretty good, to say the least.

So I guess I just want to let everyone know that the gigs should be really fun and cool, and we'll all definitely have a good time. 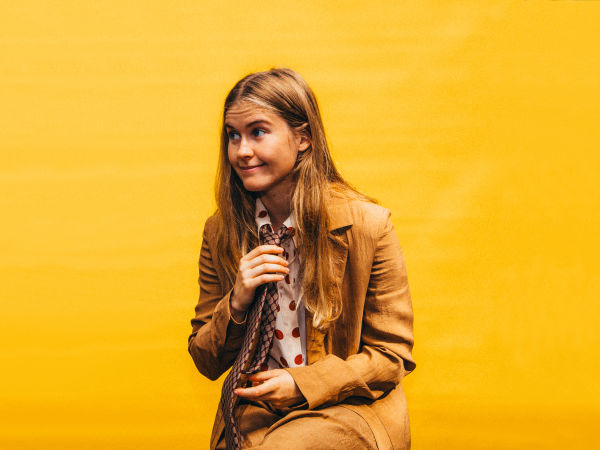 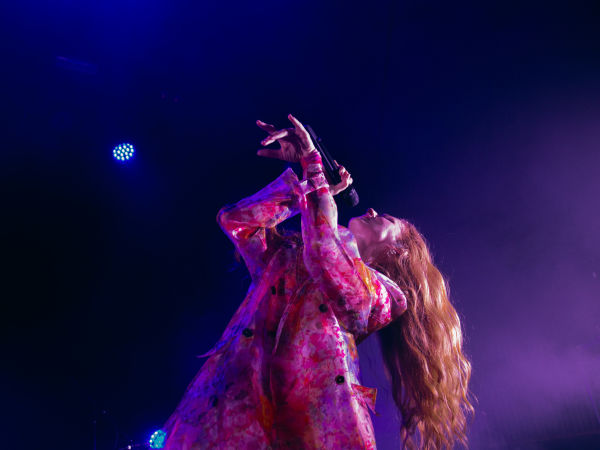 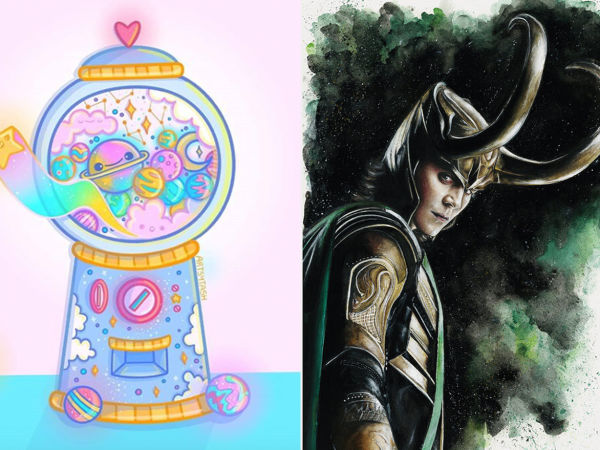 Two local creatives you should know about!