Alind and Kevin had the opportunity to speak to Charlie Kenber, the resident director of War Horse, about the production. After a month-long run in Melbourne, War Horse has made its way to Sydney's Lyric Theatre.

BLITZ: Hi Charlie, it’s nice to talk to you. Could you please introduce yourself to our readers?

CHARLIE KENBER: I’m Charlie Kenber, the Resident Director on War Horse. This is a production that has been going on for ten, eleven years. We’re a touring company, who are delighted to me here in Australia.

We’ve just [performed for] about four and a half weeks in Melbourne. We’re now here in Sydney for just over a month. Then we’re off to Perth for a few weeks as well. So, a great Australian season for us!

BLITZ: Could you please explain the importance of the puppetry in War Horse and how it ties into the storytelling?

CK: The heart of this story is a horse. And what’s so bold about this production is that we see the First World War through the horses eyes. To do that, we use puppetry. We have these huge life-sized, horse puppets which are controlled by three puppeteers each- two inside the body and one outside, controlling the head.

What we really strive to do is to get the audience to use their imagination. The rest of the design of the show is relatively sparse, it’s kind of a ‘poor theatre’ style. So we really bring the story to life through these remarkable puppets at the heart of the show.

BLITZ: What’s the creative and engineering process behind making one of these?

CK: It’s really complicated. They’re all hand-made in South Africa, by Handspring Puppet Company. There are about 23 puppets in the show, and to make a full set would take around nine, ten months. They’re incredibly intricate. They’re based around cane, and a fabric mesh, and a lot of other materials. There is a bicycle brake system to control the tail and the ears, so there are parts of the horse that the puppeteers can manipulate.

BLITZ: Apart from the horses, there are other intricate puppets in the show. We loved the tank one as well. What type of other puppetry would you like to experiment with in future projects?

CK: I think what’s so exciting about puppetry is that it has really become part of mainstream [theatre productions]. War Horse has a lot to do with that, also shows like The Lion King have of course transformed how people perceive puppets. Certainly when I was growing up, you only saw puppetry as those little boxes on the beach, or Punch and Judy shows. I think puppeteers are just increasingly challenging [this notion]. What I’d love to see is a direct connection with performers… the work of Handspring is that anything can be a puppet. It’s all about breath, all about the life that the puppeteer breathes into the object. We do a lot of work with paper when we’re training our puppeteers. With characters made out of paper, and finding ways of manipulating these objects to convince us of life.

BLITZ: What are some creative challenges of putting on such a massive production?

CK: We’re a touring production, so for us we’re on the other side of the world at the moment. There’s a huge effort that goes in from our production and technical teams to ship everything here, to get the whole company here. There are 34 performers, and backstage and loads of production staff.

But they do a fantastic job everything of making each venue feel like we’re built for that particular venue and as far as I’m concerned, creating such a brilliant dynamic between us and the audience here. Especially here at the Sydney Lyric Theatre, we’re so intimate and close, I hope people can really become immersed into the world of the show… I love touring, I’ve worked in China before as well, and all over the world. As long as I’m telling a story that audiences love and engage with, I’m happy.

BLITZ: Could you talk about the role of music in War Horse?

CK: It’s not a musical, but music does underpin the show. We have a character who we call ‘Songman’ or ‘Songperson’, who is sort of this spirit of the fabric of the earth. It’s folk music that we use, music from the rural village of Devin [from the show]. The folk music that’s come out from traditions, from ancestors that has been passed down from generations, really runs through the show and allows us to highlight moments, to transcend moments, to reach a macro-scale that you wouldn’t think is possible on a stage of this size. Also, to pull focus in to those small moments when we need to. All of our singers have fantastic voices. The music helps to guide us through the story.

BLITZ: What’s the difference between directing traditional stage actors as compared to the puppeteers?

CK: Yeah, that’s a really good question. Weirdly, it’s exactly the same. You just start seeing the puppets so quickly in the rehearsals. We talk about Joey and Topthorn as characters. It’s easy to forget that there are three individuals working together. Obviously, there are a lot of technical demands on the performers. But in terms of creating the scenes, it’s strangely the same, as if it’s just a few performers on stage.

BLITZ: In one sentence, why would the people of Sydney come out and see War Horse?

CK: Oh, that’s a good challenge! War Horse is a show that has something for everyone, it’s about our connection with animals and this transformative time for the entire world where the status quo was completely overturned. 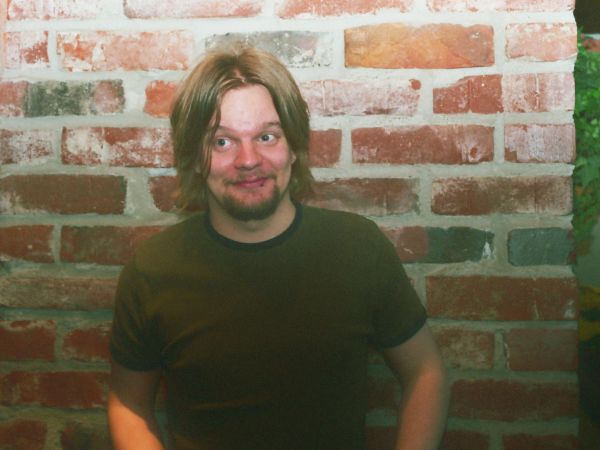 An Interview With Ismo Leikola

Jeeves Verma chats to Finnish comedian, Ismo about the English and Finnish languages ahead of his new show!