Emmy is a second year Science and Commerce student, and the 2018 secretary of UNSW RunSoc. This is what she had to say about running, exercise and She Can.

After becoming involved with RunSoc during O-Week of her first year, Emmy has gone from being someone who ‘just doesn’t run’, to actually enjoying the feeling of finishing a 10km run, even in winter!

I got involved in my first year actually, during O-Week, I saw there was a stall so I just went up to talk to them and then I got baited, but it was good! Coming from overseas I didn’t know anyone so they were very welcoming and they were just like “Oh, just join us on a run one day” and so I went and joined and I haven’t stopped going since.

I played a lot of other sports that required running, but I didn’t do running, I didn’t just run. I’ve had a lot of experience playing soccer and touch and swimming, but I’ve always wanted to run. I was kind of too afraid to start running, because I didn’t know anybody else who did, so it’s been good to find a group of like, my people. From the society, at first initially in getting to know everyone, we got along well but now they’re kind of like a second family to me. We always go out for dinners after runs and we all are very encouraging and help motivate each other.

It’s similar to swimming where it’s all about mental, it takes a lot of mental strength. You have to motivate yourself and it’s all self-motivation that’s required and I just didn’t have that initially. I remember my first run I ran, I just couldn’t, I was so dead. I was like “I’m never gonna come back!”, but I was running with one of the other pacers, and they were like “Oh no, just keep on going, you know you’ll feel really good afterwards”. I think seeing that these people have a lot of experience running, you know, City2Surf, half-marathons, like I’ve met someone who ran 100kms in an ultra-marathon, it was really motivating. When I first started running I couldn’t run more than 400 metres, I could run but it’s very different to playing ball sports.

I’m more confident to just go up and talk to new people. As a society, we all want to make it very inclusive to everyone, so it’s definitely made me confident and more willing to try new things. When I talk to my friends and family back home, they’re like “You’re always running now”. I think they’ve definitely seen how joining the society has really changed my uni experience and made it a lot more positive. It makes me feel a lot better.

Especially right now, it’s freezing and we’re still going on runs. If you haven’t done anything else that day, at least you can say “I’ve gone for a run” and you just feel like you have your life together, and when you have one aspect, I feel like you’re more motivated to do everything else as well. Obviously when we run 10kms, it’s kind of like “Oh I don’t want to run 10kms”, but you know afterwards you’re going to feel really good about it, it’s like you’ve accomplished something.

Running with guys can seem really intimidating at first, because the guys are all a lot faster, pace-wise, and they can usually run for longer as well, but you just have to realise that each is to their own. You just have to be happy with what you can do and what you can achieve, even just that extra kilometre or you know, you run a faster pace. You have to set your own goals and just focus on yourself. Even though running is individual, if you can focus on making yourself a better runner, it’ll also motivate other people. Even just other females in RunSoc, when they see a female pacer coming in, they’re like, “if she can do it, I can also do it”.

You need to want to do something in order for it to be enjoyable. If you already have the mind set before going into something saying “I’m gonna hate it”, then obviously when you’re in the moment you’re not going to enjoy it as much. As long as you’re optimistic and hopeful. If you can walk, you can run. Just put your mind to it, you can achieve so much more than what you think, you won’t die!

I think She Can is a very good initiative to get more females involved in sport. Even though we have a lot of sports teams at UNSW, which I think is great, I feel like sometimes people find it very intimidating. Especially in a uni setting because it seems like it’s very competitive. It’s good that you’re trying to involve everyone of all levels. It’s ok to start as a novice and build your way up. Just don’t hold yourself back, you might regret it later. If you go for it, even if it doesn’t turn out the way you expected, at least you can say “I did it” and you can learn from it.

I’d like to definitely keep on running. One of my personal goals is to run a half-marathon, which I haven’t done yet but I’d like to do one day. I hope there’ll be more representation of women in sports. It still is very male dominated, it’d be good to just have a more diverse range of males and females participating, and just hopefully more females in high exec roles as well, like as presidents and vice presidents, because you don’t really see that yet. 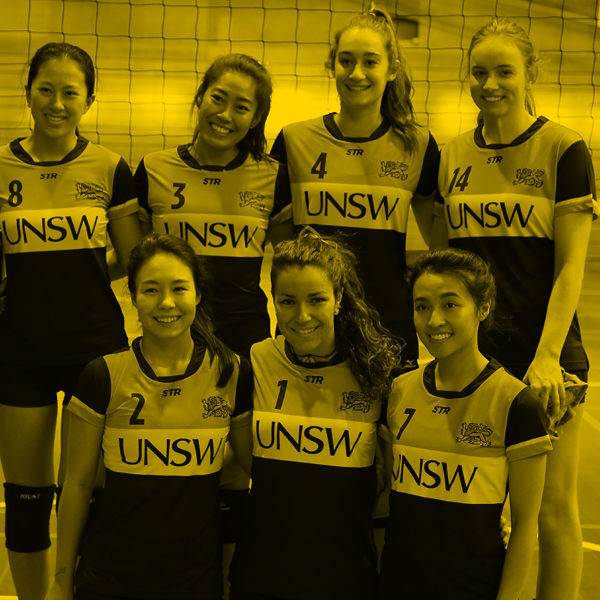 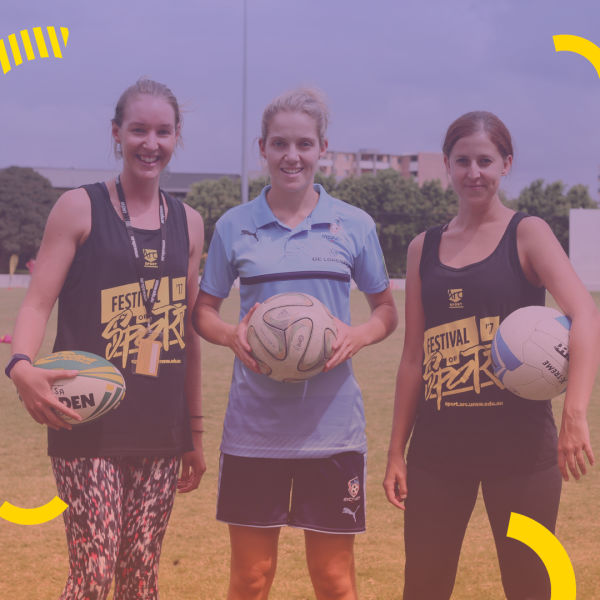 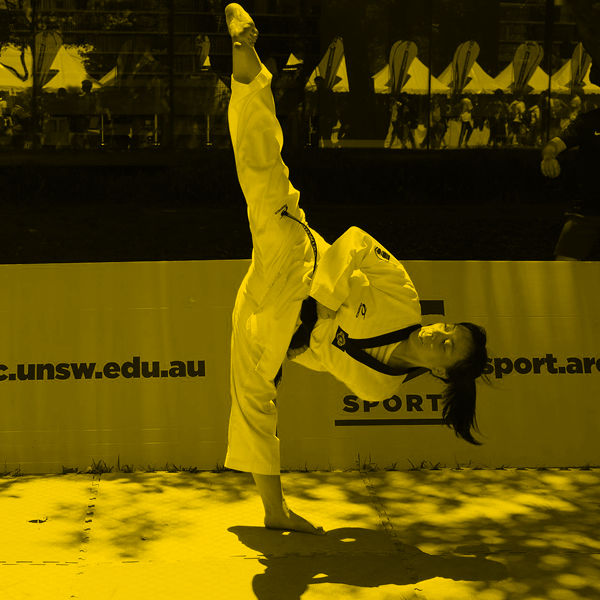