Just like the archetypal cowboy who confidently enters the Saloon in which every bar patron can’t help but stare, Angela Goh re-enters Track 12, Carriageworks, with a certain commanding presence. The room is lit red, and Goh has unplugged a large cord from the concrete wall, lassoes it around her body, coiling herself, and spinning it above her head. While a lasso is normally used to catch cattle, Goh, here, never seems to seize a victim. It’s part dance and part threat as she weaponises but also performs an eroticised cowgirl fantasy.

Moments earlier ‘Uncanny Valley Girl’ began ambiguously while Goh stood right in front of the audience, the room remaining as starkly lit as when I was ushered inside. Did the audience feel mutual in unease, as though we, the audience, would be watched as much as the performer would be? Goh gazed back. ‘A flock of flocks of flocks’ Goh’s t-shirt read in playful lilac font. Perhaps a jab at the audience, at us, at me, crowded to the back section of the hall, looking ahead with wide, anticipatory eyes.

I question - maybe we were the herd waiting to be lassoed? Then I retract. That’s what a baby-boomer would like to claim, with their cries that the newer generations are entangled to the very cords of their devices. I held faith that the performance could reveal more nuanced narratives about modern technology than the fear-mongering narratives of technology think-pieces that like to populate Facebook.

She pulls on low rise jeans, a pink top, and neon green boots. The boots remain unzipped, a small gesture but an oddly unsettling one. It signals she’s ready to re-modify again at any time. Valley girls are ditsy, affluent, and playful. Think Cher from Clueless (1996); she’s good looking, wealthy, friendly, and owns a colossal computational wardrobe. While Goh doesn’t seem particularly playful, even at her most animated, her attitude remained relatively cool and stoical.

Goh simulates a regurgitation of bouncy balls out her mouth, and drops more from her clothes. The tiny coloured balls scatter the stage, seeming all the more playful than Goh. The synthetic rubber-y material of bouncy balls that remind me of the rubber clothing of my childhood Polly Pocket dolls, who’d adopt any dramatic plot, or bratty personalities I’d imagine and assign to them.

Like the filmic valley girls, and plastic Pollys, Goh’s character, as though to augment the self, is always shapeshifting through outfits. Not unlike Goh’s earlier manifesto-like ‘Scum Ballet’ (2017), which created a patchwork of loose vignettes largely concerning the mythic, historic, and mystical female, here ‘Uncanny Valley Girl’ always had a sense of refashioning and reshaping. Both works are testament to Goh’s ability to articularly create ambient, affective and expansive images of networked thickenings of intertextual fantasies.

Goh collapses into herself. Folding neatly. And re-opening. Like the ease of pressing the on/off button. Corin’s soundtrack cuts through the space, ruffling a feeling out of me that sits between excitement and disconcertion. Like a cyborg charging up, the sound accelerates, but it also comes sharply (but not too piercing) like the gleam of machinery.

In another scene Goh quietly sits forefront to the audience and peels, very slowly, nipple-less silicone breast cups from their plastic cases and sticks them all over a small neck massager. The blush-pink ‘neutral’ white skin tone. Skin of the tech and fashion industries’ all encompassing body. Props for an enhanced and desirable body. The massager now augmented bubbles and undulates with its new mass of fake skin, and Goh takes a moment to handle it.

The fembot addresses the hetero-playfulness of Silicon Valley, the ‘valley for the boys’, a rocky topography, shaped by a new masculinity embodied by the Elon Musk types of the world. And in what felt like an intermission, Goh exited and left us to view a video of a woman dancing in an odd windowless room. Notably, she dances to the song ‘Get Down Saturday Night’, the same song that plays during the popular dance scene from the 2015 film ‘Ex Machina’. The dance becomes a head-nod to the film’s male-genius-type entrepreneur, who believes if he invents a conscious machine then he is God-like. But really his machines are fembots built to serve him and his hetero-erotic lifestyle.

Many of the ideas that Goh seems trying to survey in this work come almost quite literally to a climax as she positions herself forefront to the audience, with a large massage-chair extension held between her legs. Taking form as a giant labia, the massager is swirling and masked with faux-skin and hair, Goh reclines, and guides her fingers to simulate pleasure for the viewers.

In another scene it’s ‘Mother’, the neon green can of energy, that Goh’s tongue goes berserk for. Goh’s tongue darts frantically outside of her mouth, like it’s searching, or on a mission and is the life force that pulls the remainder of her stiff body towards the drink. ‘Mother’, the a product sold with the conviction of enhancement, quenches her thirst.

While ‘mothering’ may be associated with care and nourishment, I think about how robots and fembots are usually designed for service; the new sex robot ‘Solana’ , Amazon’s ‘Alexa’, or the fictional software ‘Samantha’ for the soft-boy Theodore . Allegorically, ‘Mother’ stretches further - mother nature, mother load, beginnings, reproduction, and so on, and so on.

These materials; techno-, erotico-, aesthetico-, pharma-, of the ‘Uncanny Valley Girl’ world offer insight into the ways materials stretch and extend the body. But further, that it does not produce things, it produces mobile ideas, living organs, symbols, desires, and chemical reactions, all centered on the management of bodies, sexes, and identities. And if heterosexuality is a politically assisted reproductive technology of the state, then it is also a design which the biotech industries produce and reproduce.

‘Uncanny Valley Girl’ brings to the forefront how these new technologies have the potential to disassemble gender binaries, yet there’s a massive effort to produce and reproduce exactly those binaries. ‘Pharma-porno capitalism’ fabricates the idea of a naturalism of sex and gender, 3 making tech often conflated with biologically-essentialist conceptions of femaleness and desire.

‘These days we feel more like the cloud’ speaks Holly Child’s scrolling TV-screened text. The words are jagged like computer generated poetry, jagged like the soundtrack of typing, and disjointed AI voice-over, and falling valley rocks.

Maybe we’re paranoid viewers in the face of this untamed terrain we’re traversing, and feel unable to distinguish ourselves in such a totalising immersive complex technological ecology. But initially, I sat through a lot of the performance with an underlying anxiety that ‘Uncanny Valley Girl’ would perpetuate the kind of one-size-fits all feminism, and cis-sexisim seen in a lot of past and present art about ‘the female body’ or ‘vagina art’. But unlike this kind of one-dimensional feminist art,‘Uncanny Valley Girl’ offers impressions of the tech industries produce and reproduce gender binaries, all the better to sell props to make bodies appear as if they follow the codes.

Similarly, Goh’s piece offered more critical views of technology unlike the anxious think-pieces that presumes technology impedes on culture (it distracts us, makes us bad spellers, gives us bad posture, etc), that often appeals to nostalgia ideas of a prior version of human life - where we presumably had perfect bodies, attention spans, and perfect communities. This line of thought fails to recognise that there is no way to be free from technology, so there is no way to return by refusing technology. Goh takes a critical view of technology and its role in culture, and thinks through contemporary paranoia about the future cloudy climate of technocapitalism. 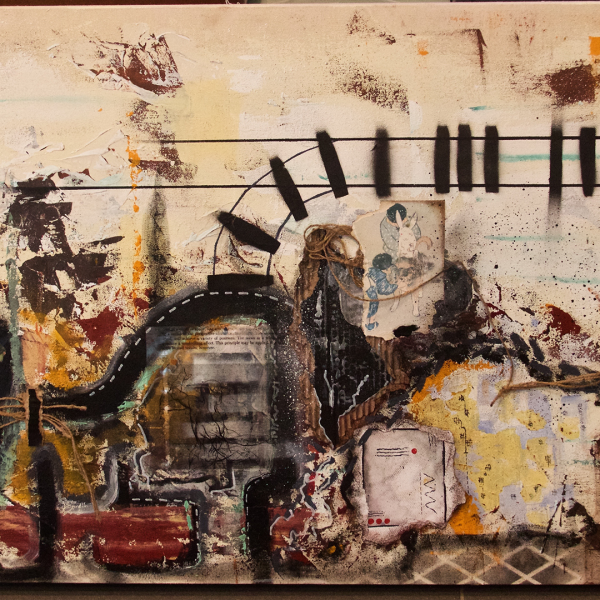 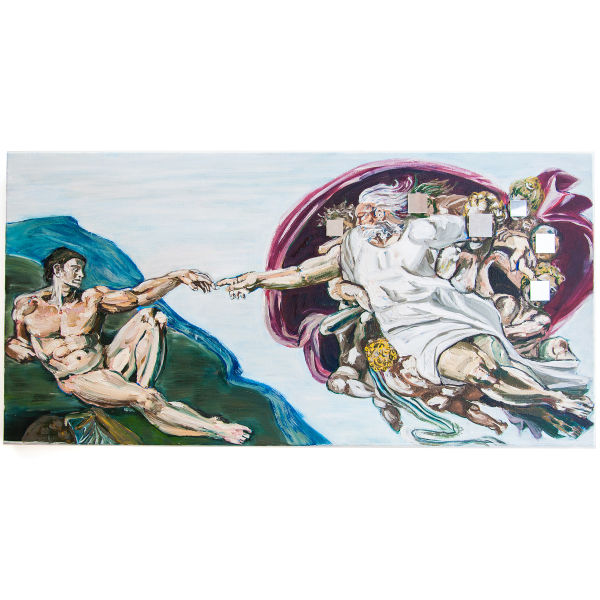 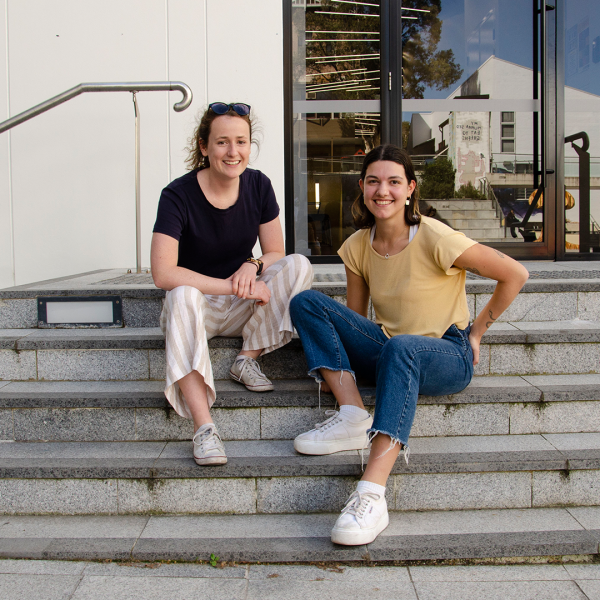