The conservative black turtle neck Miss Katia S. was wearing did little to overcast the vintage glamour of the burlesque beauty.

The self-identified ‘eroticesque’ performer revamped the allure of a classic, sultry theatrical act as she walked into The Peacock Room and made a pot of smoked tea. Gracefully sitting down on one of the French Provincial couches in the pink, feathered Parlour, Katia began to depict her business journey as the owner of Sky Sirens –‘Sydney’s only Burlesque, Pole Dance & Aerial studio flirting with sensuality, fantasy and vintage class’. It all started before she was in school.

“When I was six years old, I made my own paper stationery, set up little stores in front of my house, and sold my stuff to neighbours. With that money, I ran my little paper business. I set up my first business when I was 18. I made my own candles and later on I sold that business,” Katia recalled. “I've always been somebody who wants to do my own thing and wanted to have my own business. Sky Sirens was a combination of my love for working for myself and my love for the arts, the entertainment.”

The 28-year-old studio owner hit the biggest obstacle last year over an incident with the seasonal student showcase, Nightcap. A woman who had been to a previous showcase brought her complaints to the local council. As a result, a council representative paid a visit to the Studio.

“Latchets on door, fire safety, handrail has to be lifted 10 centimetres…whole bunch of red tape,” Katia recollected. “I think what happened was the council worker came in, and he saw the poles and he saw me there, it's a combination of – obviously they received a complaint they’d have to address that, but also they got the wrong idea – they gave me a cease of use notice for an entertainment venue. I’m not an entertainment venue, I’m operating as a dance studio.”

The issue is currently being resolved, but Katia is determined to speak out. Given the business situation in Surry Hills, she is confident that Clover Moore, community advocate and Lord Mayor of Sydney, will be sympathetic and be able to do something about future issues of a similar kind that might arise.

“Look how many businesses are closed in Surry Hills…It’s just making the whole area suffer if you have to jump through so many loops to get a business. It just deters people from coming to the area,” Katia said.

Little did Katia know, she was going to get huge support from other local businesses as well as students after the incident. For small business owners, it is undeniable that the time and money the 300 students spend per week in the area has been encouraging. As for students, they give their full support because the Studio means a lot to them.

“I wanted to be sexy and strong but I was also very shy. I was so shocked to see people just strip naked in the changing room; everyone’s just so comfortable with their bodies. But then I’m starting to appreciate myself more now because I didn’t know I could actually dance like that. Three months ago, I wouldn’t be able to imagine myself performing with other people watching,” said Jennifer, a Sky Sirens student, after her first ever mini-showcase.

Not only is Madame Siren affirming people’s confidence and self-esteem, she’s also making a positive impact on the society. Sky Sirens’ social media and webpages show a conscious effort to include all kinds of people – different bodies, nationalities, sexualities and genders. For Katia, it’s a matter of “getting the message out in the public eye”.

“I think pole dancing, aerial, burlesque take the focus off the physical and aesthetic attributes of who you are, and put more focus on what your body can do as it is,” Katia said. “So instead of worrying about how you look in the mirror all of the time, you're now focused on ‘Wow, my body is so amazing because I can do this move that I didn’t think I could do’. That stops people from worrying so much.”

Behind the red door on Crown Street are some sparkling attitudes and desires for decadence. This woman sipping tea and sitting tall is more than a Grace Kelly-inspired baby doll. Miss Katia S. is a young woman in business who has much advice to offer.

“Always be nice to people, always be generous, and always be open to listening,” Katia concluded about her personal philosophy. “I always believe what you give out to the world is what you are going to get back. And I always think be careful what you say to people, because one day that person could be like your knight in shining armour.” 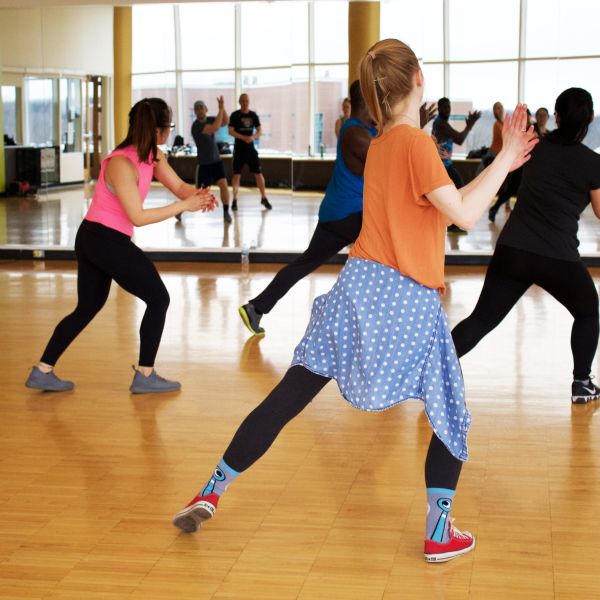 How To Style Female Outfits In Every Season