5 BOOK TO MOVIE ADAPTATIONS THAT WON'T LET YOU DOWN

Yes, making a book into a movie is a tricky process: one fraught with minefields that fanatics let everyone know about the second they see the dirt mound.

One way to think about it is that they are two different mediums and thus require different parameters to be judged upon, not just loyalty to the book, but response as a creator in a new time.

In saying this, there have been some truly unfaithful adaptations (I’m looking at you Eragon) and adaptations that barely resemble the original source material, but have found a place in all our hearts (Tangled, thank you. I don’t know how Disney could have pulled off eyes blinded by thorns and Rapunzel knocked up with twins).

It’s my privilege to highlight some movies you can watch with literature you can read at their bones.

For twice the fun and filling up time. SPOILERS AHEAD!

Can promise viewings of wild west gunfight on a train and meat pies.

1956 - This film has everything you want in a 50’s movie: fantastic set, brilliant stunts, and a compelling plot. It also has the 50’s Hollywood trademark of using Anglo-Saxon persons in ethnic roles! Don’t worry, this changes in the following adaptions.

This movie pioneered the use of cameos by actors in films, so you have it to thank for seeing Hugh Jackman in X-Men: First Class, and Stan Lee in every Marvel movie ever.

1989 - Pierce Brosnan and Eric Idle. Need I say more? While technically a miniseries, I treat it as a three part movie as its all the same story. It covers a lot of ground, and despite a slightly different route to get around the world, it works well.

Entertainment Value: 10/10 as confirmed by me, James Bond and Monty Python fan.

2004 - Yeah, this flat out doesn’t follow the book outside of premise and characters. BUT! We do have steampunk aesthetics and the Wright brothers, which supremely shifts the point in time that they are circumnavigating the globe. We do have to consider that the audience for this film was considerably younger, and 8-year-old me can confirm that I borrowed this from Videoezy more times than I will admit. It also deals with colonialism and the issues surrounding the British Museum at a kid’s level, as well as placing women in roles that Jules Verne did not. Horace Slughorn also makes an appearance.

Based on the book Where Rainbows End by Celia Ahern

Gonna be honest, the book shows a very large span of years from when Rosie and Alex start being friends to the autumn years of their life, and we do have to take into account how terrible aging actors on set can look (think about Micheal J Fox playing his older self as well as his son and daughter in Back to the Future Part 2).

The movie did well at adapting a lot of the undercurrent of the story and the main plot points into a shortened timespan, which makes for a different story to the one in the novel. Getting 1:1 accuracy will never happen across mediums, but I like to look at it this way: I now have two very nicely created and cared for stories about two characters who screw up at most points in their lives, but end up the better for it.

Yes, there are times when you’re shouting at the screen or at the page, but what’s amazing is that it deals with the middle of life and the choices that need to be made.

Point is, its two different versions of the same story, and we’re all better off for having both exist.

Faithfulness to the Book: 7/10

This is a true adaptation, and one which is not without is issues (see the scenes in which CD Bales, aka Steve Martin, helps another guy into a relationship with Roxanne because of his own insecurities). This very much picks up the main points of the play (large nose, duels, insecurity, leading a squad, treating misfortune with humour, owning your own situation) and brings them into the present day, back in 1987. I can recommend it to see the woeful incompetence of the town’s only fire department, 20 Nose insults and a female rocket scientist who only responds to intelligent suitors.

Faithfulness to the Play: 3/10

First of all, props to Arthur Conan Doyle for being a solid author. Lots of material makes lots of book lovers happy.

Second of all, you’ve probably all seen this so this is me mainly fangirling over how awesome Sherlock in the present-day context is, not that Abominable Bride wasn’t up to snuff. Eggs Benedict Picklesnatch does a bang-up job alongside Bilbo Baggins.

Sherlock Holmes, like a lot of classics, is a bit of a slog to read through but well worth the time now that you have it to read during quarantine, also to watch the different versions of it- Sherlock BBC, Sherlock with Robert Downey Jr, Elementary, any of the previous versions, although like Poldark, the most recent BBC version is in my opinion the best.

Best of all, it's on Netflix and the book is now in the Public Domain.

Faithfulness to the Book: 8/10

Entertainment Value: 9/10 (marks off cause we all want more episodes)

Based on the Book The Martian by Andy Weir

Yes, another movie where lots of fictional world money was spent getting fictional Matt Damon back from wherever he was fictionally stranded.

But wow, did it stay true to the book. Naturally, we can’t spend the time in the movie doing all the maths on how to stay alive, but that’s what the book is for.

I do have to admit that I read the young readers edition, because I couldn’t justify spending more money on that book for the swear words. But I can say that it was a very close adaption, and I am very proud of that. The main points the film concentrated on were not the dates, but the logistics and methodology used to survive alone on Mars. It also showed the community rallying to help and support its lost astronaut. It does reveal things, like the continued lives of the crew, but it also keeps close the humour and inner reliance we use as coping mechanisms when we are alone, as first written by Andy Weir. 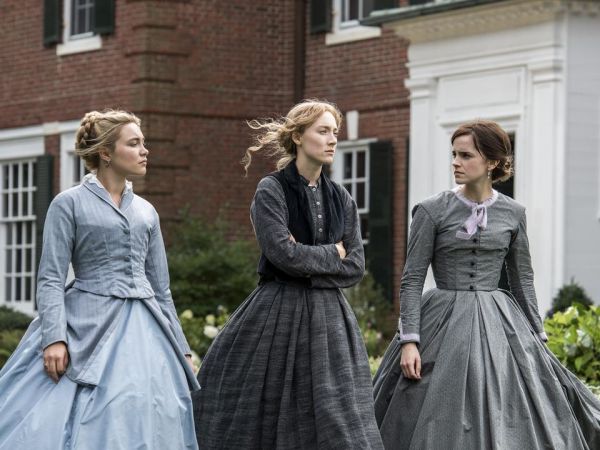