While I assume most readers will have at least one of the popular streaming services, I understand that some don’t so I have also included excellent free services such as Kanopy (UNSW) and SBS on Demand.

Billy Wilder. Shirley MacLaine. Jack Lemmon. That’s about all I need to say. But for the sake of the readers, I’ll say a bit more.

The Apartment superficially is a romantic comedy which goes through many of the predictable Hollywood tropes we’ve now seen done to death, yet somehow the screenplay of the film is probably the strongest of any film I’ve ever seen. Every single set-up has a pay-off. The story itself begins with an insurance clerk renting out his apartment to co-workers and bosses for their extramarital flings.

The character dynamic between Lemmon and MacLaine’s character is legendary, unparalleled, and has a charming end. The director’s ability to so deftly work the narrative into a compelling film, never fully revealing its hand, is a testament to his craftsmanship. Streamers may approach this film with trepidation, after all, it’s 60 years old this year, and is in black and white, but trust me. It’s well worth the watch.

Off the back of critically acclaimed films such as Blue Valentine and Drive, Ryan Gosling stars in one of the most underrated crime epics ever made. The Place Beyond the Pines received a relatively lukewarm reception when released in 2012, with some calling it too long, contrived and melodramatic.

I reject these criticisms.

It’s a brilliant work. Filled with intense and beautiful sequences, the film itself deals with themes of justice, cosmic fate and the idea of sins passing from father to son. The film is shot gorgeously, is well paced and has an excellent story-shift that leaves the viewer perplexed as to where it can go next.

Terrence Malick’s early masterpiece, Days of Heaven is sublimely beautiful and timeless. The film follows two lovers (accompanied by a girl who narrates the film), and their attempts to trick a Texan farmer into a false marriage, to inherit his wealth. The premise itself, however, is secondary to the power of Malick’s filmmaking, and his ability to weave such strong ideas and profound images together into a cohesive narrative. It’s the kind of film that’s experiential rather than plot-driven, and from the perspective of the young girl, every relationship seems like a strange happening: at once sensible and impossible. This is a painterly work and a film that everyone should see.

Next of Kin is an excellently crafted Ozploitation flick that pulls you into its mystery and doesn’t let go until its insane ending. This is a perfect film to start with if you’re interested in following Australian Exploitation films of the 1980s, and works as an immaculately made B-movie.

The premise follows a young woman inherits a retirement home from her mother, but old people within begin dropping like flies. Who’s doing it?

The answer to this is inevitably going to be less interesting than the premise itself, but the ride is well worth it. Thin on plot and relatively slow in terms of pacing, the visuals and weirdly refined camerawork of the film what make this film a stand-out.

This film is a horror staple and classic, and I highly recommend it in light of the recent passing of the legendary Max von Sydow. A personal favourite of mine, The Exorcist is an infinitely rewatchable film and has powerhouse performances by the inimitable Jason Miller and excellent Ellen Burstyn. The premise is pretty much self-explanatory, and many will have already gathered much about the film from pop culture such as the famed ‘spider-walk sequence’ and the ‘pea soup vomit’. However tainted the special effects are by time (although I maintain that the make-up for Regan and Father Merrin is some of the best ever done) the themes of religious guilt externally manifested, parenthood, and evil are timeless. If you’ve seen it, watch it again. If you haven’t, get on with it.

Terrifier would not be a film to watch on a date or with your parents. This is the type of film that you would watch at midnight, with the lights off and occasionally looking behind you because the clown in this film is one of the most scary on-screen clowns ever. The film has such a terrible, cliched and easy premise that it’s difficult to get past that initial apprehension, however, there is something je ne sais quoi about it that makes it incredibly entertaining to watch. I look forward to the aptly named sequel, Terrifier 2.

Alan Parker’s most well-known film, Midnight Express plays like a Hitchcock movie on drugs and lost in Istanbul. It follows the (mostly) true story of Billy Hayes and his imprisonment in Turkey for smuggling hashish out of the country. The central performance of this film is heart-poundingly good, and the soundtrack by Giorgio Moroder is unrivalled, a masterpiece in and of itself. Fans of thrillers and Hitchcockian suspense should give this film a go.

An Italian neo-realist classic by the same director as Bicycle Thieves, this film is an essential watch. It follows the travails of an elderly man and his dog, simply trying to survive, fighting against the forces of poverty, indifferent landlords, and friends who can only say no when he begs them for money. Umberto’s relationship with Flike the dog is the emotional core of the film and acts as a bookend to the narrative, allowing the exploration of neorealist themes to hang on the narrative string of the relationship. The choice of actor for Umberto D. is interesting, considering he is a first-time actor, but the part in hindsight could never have really been played by anyone else. If you are interested in delving into the Italian neo-realist movement, this is a great film to start with.

Hiroshima Mon Amour is ostensibly a film about romance, and it is that, but its contextual framework, laying within the setting of Hiroshima, is essential to understanding the thematic resonance of the film. The film is a frisson of love, pain and memories. The first act of the film presents sensuality contrasted against the brutality experienced in Hiroshima, immediately after the bombing. This immediacy and power of sensuality between the lovers informs the rest of the film, their lingering feelings and the idea of memory being explored in a wonderful conversation that ends the film. This film is of beautiful craft, and is really special.

Those interested in neo-noirs need look no further. This film is like the noirs of old in execution and sound, but has strong political undercurrents about power-dynamics in the Hollywood industry. These themes are the crux of the story, which starts from Andrew Garfield’s character simply trying to find a woman he has become enamoured with. The narrative subsequently becomes deliberately obfuscating, but it doesn’t need to make sense. The narrative contrivances are so many that as an audience member you invariably will come to accept them, and go along with the insane ride of confusion and weirdness that this movie is. Andrew Garfield plays his protagonist really well and the supporting performance by Riley Keough is at once enchanting and bizarre. Ignore the critics with this one, it’s a gem.

Bernardo Bertolucci’s epic on the life of Puyi, The Last Emperor is an elegant and moving film. It presents a compelling narrative of Puyi’s life, surrounded by the great transitions taking place in China, the Japanese invasion of Manchuria as well as the Communist Revolution.

The core themes of the film revolve around Puyi’s sense of detachment from the outside world, initially an almost god-like figure in the trappings of the ‘Forbidden City’, and how he changes as his power is slowly stripped from him until he is finally a nameless prisoner in Fushun Prison (albeit one who still has others brush his teeth for him). This is an indisputable classic of world cinema, beautifully presents a glorious vision of the ‘Forbidden City’, and is a definite recommend.

Keep your eyes peeled for more suggestions every month! 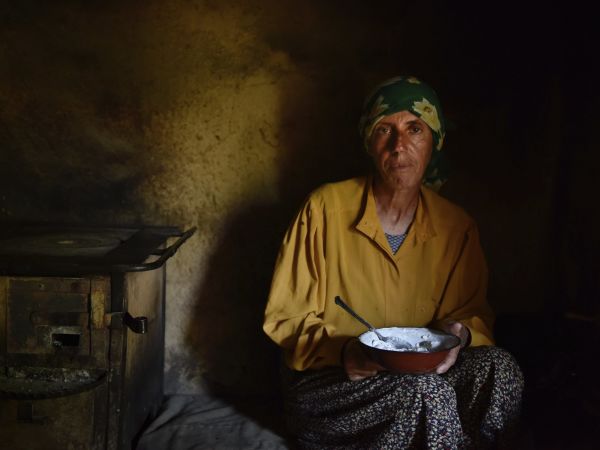 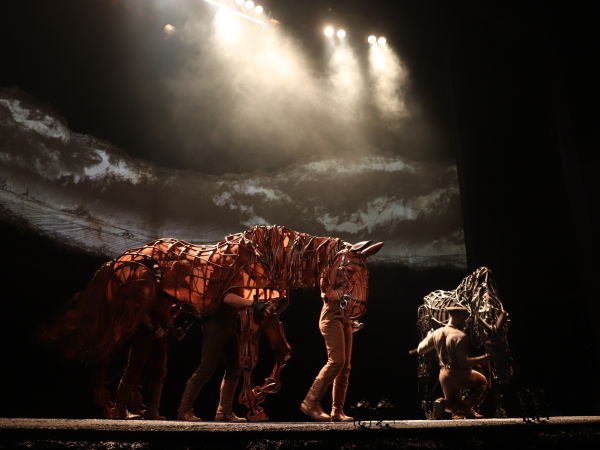 Alind and Kevin had the opportunity to speak to Charlie Kenber, the resident director of War Horse, about the production.