The State of Sports

The presence of the Euros was undoubtedly felt by people all around the world this past weekend. The opening matches brought a flurry of emotions for fans of football yet we still have a long journey before we reach the finals. I'll be covering some of the highlights of the first few match-days of the group stages.

Denmark v Finland: A standstill moment for fans around the world

The most shocking moment of this past weekend was the standstill moment was on Saturday morning during the Denmark v Finland match. Fans around the world collectively held their breath when Christian Eriksen collapsed during the game, with the horrifying scenes being broadcast live. Fortunately it was both comforting and warming to see the Danish team gather together and form a shield around their fellow player, as medics performed CPR on Eriksen.

It was later revealed that Eriksen had suffered a cardiac arrest and was resuscitated after one use of the defibrillator. A sense of relief was felt around the world when it was announced that the Danish player was in a stable condition. The support that was shown from many other athletes toward Eriksen was commendable.

A pressing issue that has been raised from this is what should and shouldn’t be broadcast. As more incidents and tragedies occur throughout sport, the limits of broadcasting are progressively pushed. Although the Danish team worked collaboratively to provide some source of privacy for Eriksen and his family, viewers could still see his body and face as he was without a pulse on the field. It was heartbreaking to see his girlfriend turn away from the field in horror and shock while being cradled by Denmark’s captain Simon Kjaer. 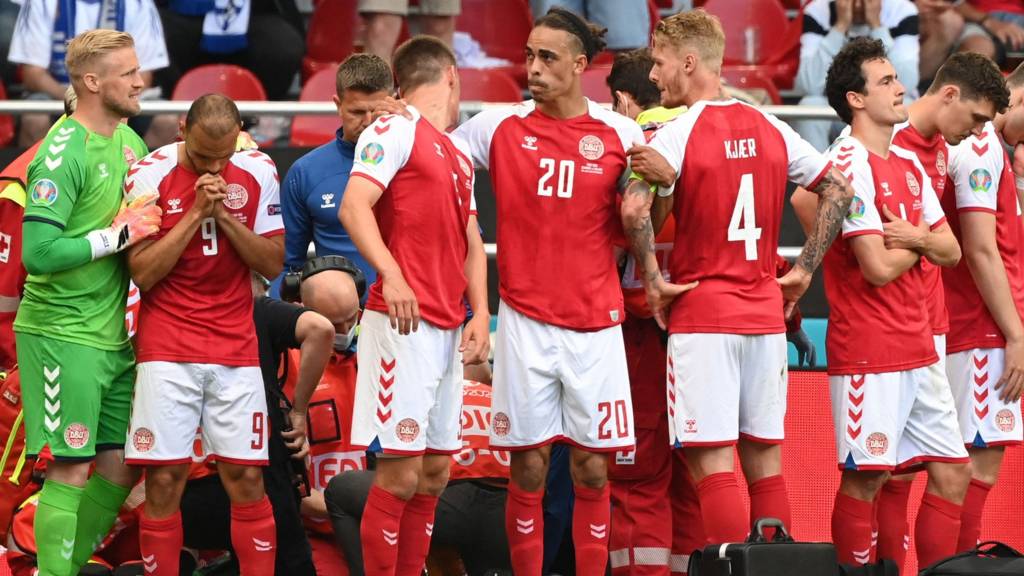 Over the past weekend we saw Italy, Belgium, Netherlands, England, Austria, Slovakia, and the Czech Republic bring home wins for their country.

Although Wembley Stadium was uncharacteristically empty, excitement and sheer passion could still be heard from fans that were lucky enough to attend the match against Croatia. It doesn’t seem as though England and Croatia are able to escape each other. Since the loss England bore in the 2018 World Cup, the two teams always seem to draw each other in international competitions. It's getting tiring. Make it end.

In previous matches, Croatia was a strong opponent, being the favoured underdogs in the World Cup and playing former Ballon D’or winner Luka Modric. However, this past weekend, England’s considerably young team showed out and proved to be the better team. In the first 7 minutes, multiple chances were made and a number of shots attempted. Kalvin Phillips displayed his skill and from his performance, really did deserve a call-up as he proved to be a staple player throughout the match.

Raheem Sterling’s presence was undeniably felt as he accompanied Phil Foden in the front. Seeing him smile with confidence after missing most of his shots somehow promised me a hopeful and happy ending for England. This being said, that doesn’t necessarily mean “it’s coming home”. Let’s not jump the gun. 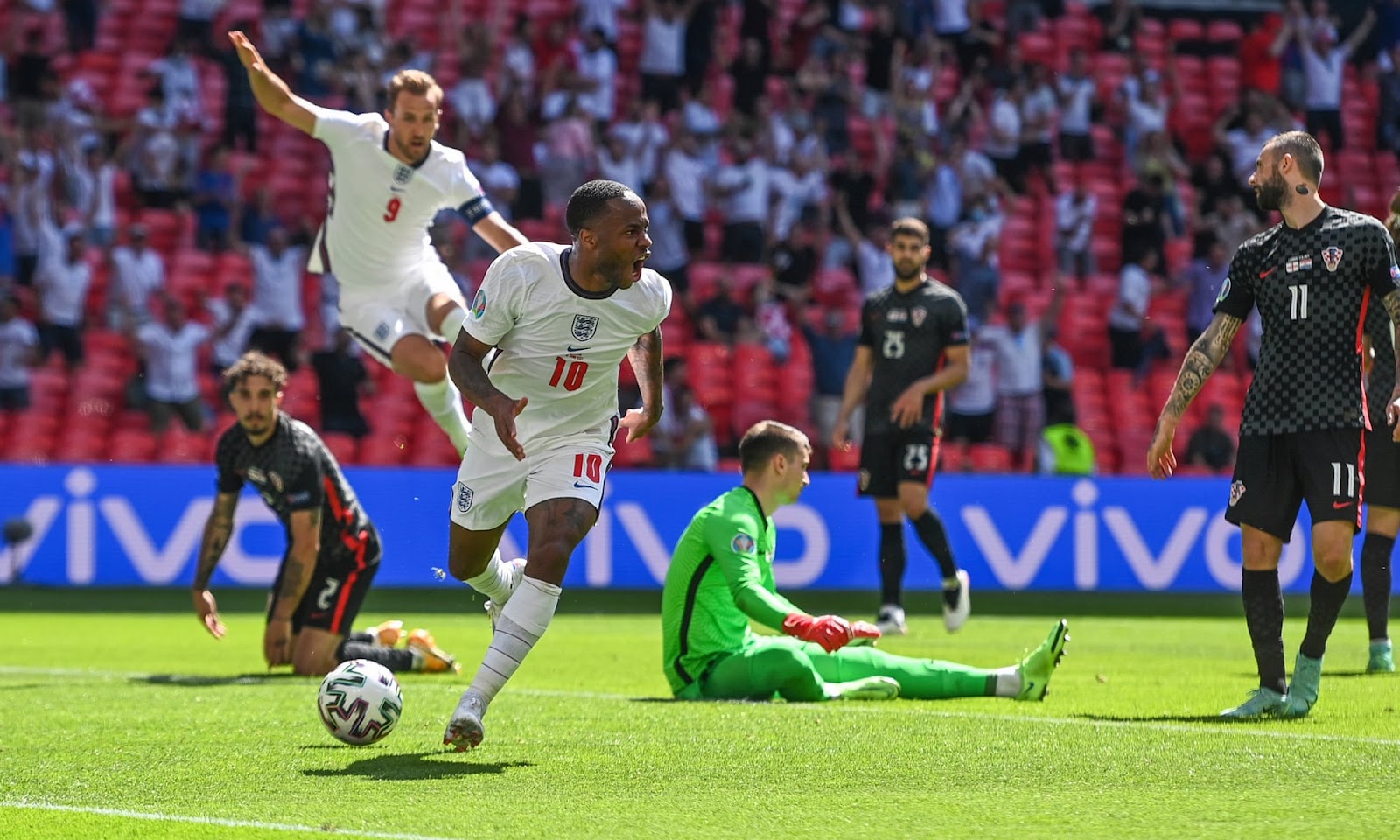 The France v Germany game was entertaining as expected and one thing I could take from it was that the off-side rulings were frequent and grueling. France were clinical in their set-ups and Germany’s defence came in clutch against the current world champions. What was considerably embarrassing though was the own goal that came in the first-half, putting France one ahead which eventually secured them the win. It was a banger of a tap-in though.

Antoine Griezmann's fury in having Adrien Rabiot as a teammate was clear. Rabiot’s possession of the ball was quite… possessive. A couple crucial opportunities were missed by Rabiot as he held onto the ball for as long as he could before either passing it to his teammate or ignoring him and kicking it straight into the post. Maybe this is what Olivier Giroud meant when he said that some players in the team just can’t seem to pass the ball.

Although his goal was not counted, Kylian Mbappe’s calculating skills are admirable as ever. A moment that stood out to me was the instance where he was literally standing with three German defenders in front of him, paused with the ball, then still kicked the ball into the bottom corner of the goal with exceptional ease. He’s too good... too fast.

Hummels does deserve an honourable mention with his million-dollar tackle. Considering how many off-side calls there were, it either means France were repeatedly doing something wrong or Germany were constantly prepared. Even if it meant Rüdiger embracing Pogba right in front of an official for no good reason. That’s the beauty of the game.

Really, the quality of the match was one of a semi or a final and the amount of ooh’s and ahh’s from the crowd was a testament to that. 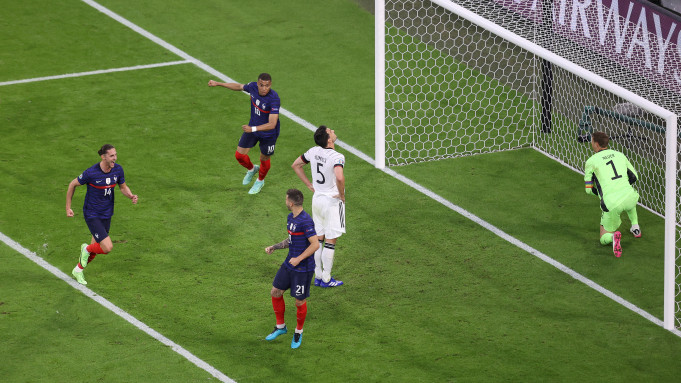 Send through your interactions, thoughts, and opinions on squad lineups, call-ups, predictions and countries participating!

Writer's Bio: Arianna Khalidi is a student at UNSW studying a double-degree in Media (PR & Advertising) and Arts. As an avid sports enthusiast, she can usually be found watching a game of football, following an F1 race, or exploring an entirely new sport all together. Aside from supporting her team, Liverpool, she loves to listen to old school hip hop and r&b, read books, go on hikes, retweet memes no one else finds funny, and drink chai lattes.