A Definitive Ranking of the Barbie Cinematic Universe

The 36 Barbie movies that make up the lovingly dubbed “Barbie Cinematic Universe” are arguably among the best animated movies of all time. But which ones reign supreme on a glittery throne? This article aims to find out.

The Barbie Cinematic Universe is perhaps the most iconic animated universe alongside Pixar (it has the conspiracy theories to match). It has touched millions of hearts; recognisable for their amazing songs, love of sparkles, and Miss Barbie herself. These 36 movies are all iconic and beloved in their own ways.

So how to rank them? I know better than anyone that a Barbie movie watched by millions can actually be a really personal experience, and that your favourite Barbie movie might be truly close to your heart. I respect that. However, they can’t all be winners.

Note: I reached out, I polled, I researched. And this is my personal ranking. I’m sorry, but not really.

Today we’re ranking the 10 best Barbie movies, and the classics, really. If your favourite lies amongst the most recent Barbie movies and you don’t have that nostalgia for the truly great second-generation Barbie, I fear for you.

Before I begin, some honourable mentions: 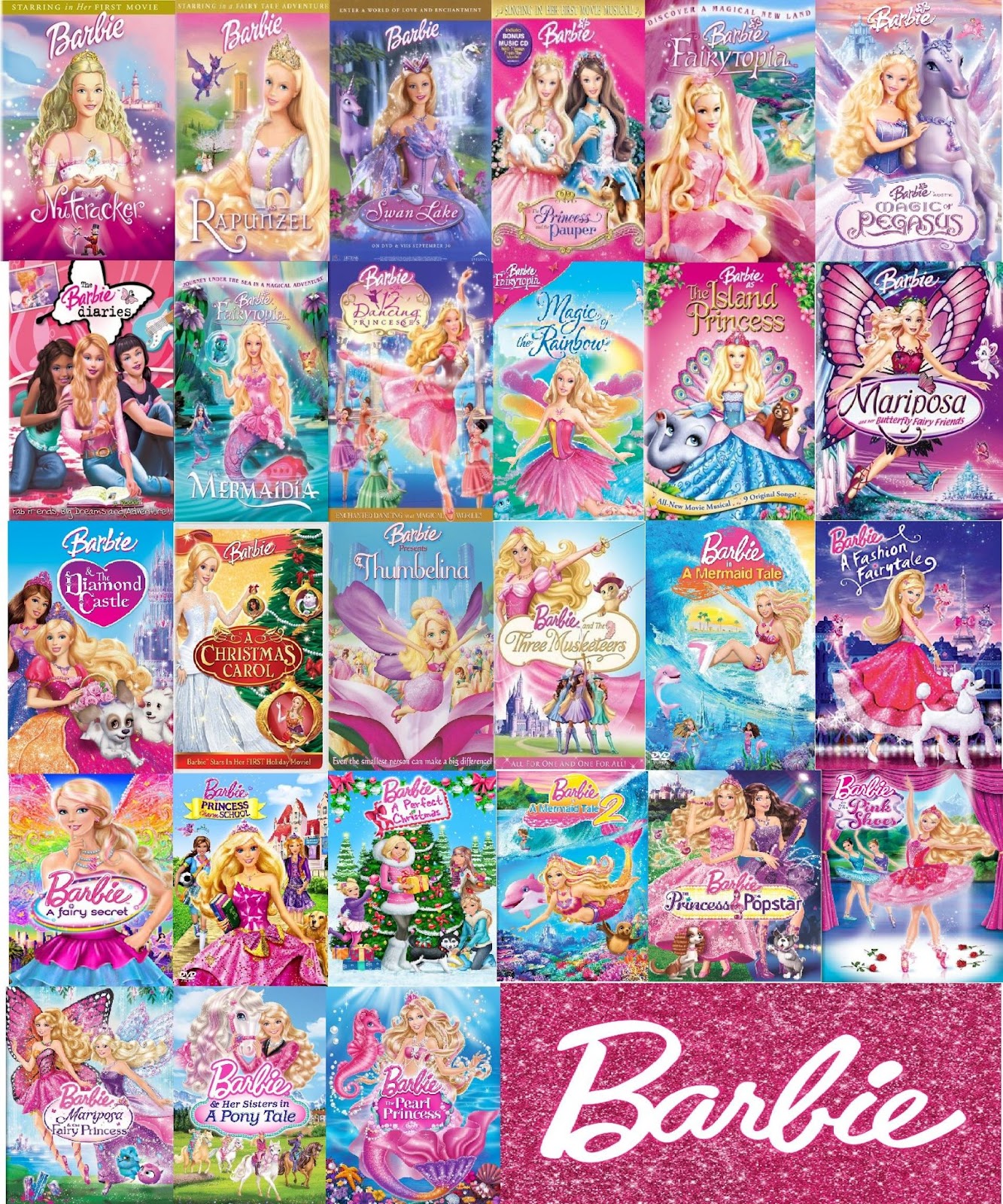 This is here because it’s more memorable than the honourable mentions, but bottom of the pack as I do not remember much of it, except for the fact that it was really long and that Barbie wore a beautiful, iconic ball gown peacock dress. It was a magical musical!

One of the more ‘recent’ movies, I really liked the subtle third wall break where Barbie is actually an actress starring in the Barbie movies. The location shift to Paris is fun, and I thought the plotline was cute, albeit slightly boring. The magic was interesting but I can’t get past “Flaries” as being the name of the fairies (ouch).

In short, it just doesn’t have the impact of the rest of the movies on this list. (Island Princess > this ☹)

Based on Pyotr Ilyich Tchaikovsky’s iconic ballet, Swan Lake, this is a classic Barbie movie; it’s got magic, shape-shifting and a cute, oblivious prince for Odette, our traditional Barbie protagonist. It’s got nice themes and contains the original music which is a great nod to the original ballet performance.

However, it tends to be slightly controversial for perpetrating a lot of Anti-Semitic stereotypes within its villains (this is a great article on it). Mattel is far from the only company to do this, but it’s pretty noticeable here.

Slightly more memorable than the others, and the origins of an iconic series within the Barbie Universe, the Fairytopia trilogy (and Mariposa, but eh).

Without this movie, we wouldn’t have Elina’s character growth, and the many, many chaotic Bibble compilations on Youtube. Did this movie convince me that with the right quest, I too could “earn my wings”? Maybe.

Anyway, it’s a classic; the magic is solid, and the anthropomorphic character designs are only slightly creepy. 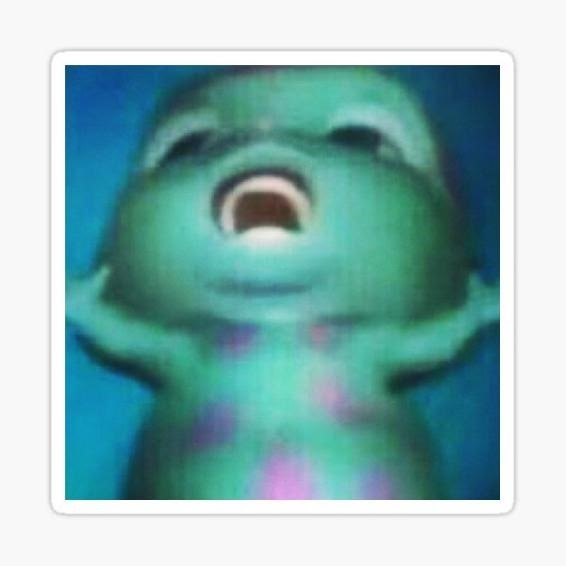 6. Barbie and the Three Musketeers

Who doesn’t love a gender flipped musketeer story? And with Barbie no less.

I remember this one mainly because I really loved their changing ball gown dresses (from flowy to functional hell-yes), and the girl’s training montage beats so many superhero movies. Even the slingshot girl manages to be cool.

However, the plot is quite predictable, and so is the villain (a cousin plotting to become king, how original). Plus, the Barbie love interest (a prince of course) is kind of boring. Sorry Prince Louis.

Say what you want about post 2000s Barbie movies, but this is a truly iconic movie. Why? Because the trope of hidden princess is so overdone, and yet this movie executes it flawlessly. It’s got a funky soundtrack, subtle but still brilliant magic, and a redeemable “villain”.

However, it falls down because ultimately, it’s still a kids movie. It’s so obvious that Blair is the lost princess, and the stakes in this aren’t super high compared to other Barbie movies (ie. death, banishment, wings), so the final showdown is slightly lame.

The character arc Elina goes through is probably the strongest one of all Barbie’s. There’s sacrifice, danger, fear, and beautiful magical costume changes. Bibble also manages to be even better in this movie (see this clip if you don’t believe me x). The underwater locations are stunning, and the supporting characters are actually really interesting (Nori and Nalu could get it).

So why is it only fourth? Mainly because the villain is boring (there’s only so many times dumb sidekicks can be funny), and the side characters (aka giant snail/girl) are very strange.

3. Barbie Princess and the Pauper

I have to respect that this is so many people’s favourite Barbie movie. I really do. As it is, it really holds its own; the plotline is solid, and the “switch” is really fun. As a musical, it really doesn’t disappoint (Just Like You remains a banger) and the characters are great. The power of friendship, the traditional theme of Barbie movies, is at its peak here. Plus Preminger just has unmatched villain energy.

However, it doesn’t have any magic, and I am, at heart, a fantasy gal. So it comes third.

2. Barbie and the 12 Dancing Princesses

Firstly, they somehow managed to give 12 princesses a distinct personality and create a plot that features all of them. Props!

But truly the best part is THE DANCING IN THIS. If you didn’t want to be a ballerina or at least have a secret dance pavilion after watching this movie as a child, you’re lying. The magic is stunning (magical wishing flowers? yes please!), the plot is fantastic, and an (Indian) talking parrot always wins. Our main ship is also gorgeous (that dance duet!). It’s a testimony to sisterhood and also classical music. Hilarious and deserves this spot.

1. Barbie and the Diamond Castle

Maybe it’s childhood nostalgia, but I can’t fault this movie (except for the anthropomorphic dogs). It embodies all the best parts of the Barbie Cinematic Universe; the characters (good and evil) are well developed and the plotline is immaculate (magical castle, dragons, and the power of music. Need I say more?). Plus, the songs remain bops to this day. I will stand by this movie as the foundation for inspiring an entire generation to cottage-core living.

Also, in a completely biased move, one of the main characters is called Alexa, and that made child me feel extremely seen (do you know how rare the name Alexa was to find on those kiddy keychains? VERY).

Ultimately, the Barbie movies are gorgeous testaments to love, friendship, and pink. The world is a blessed place to have them, and you can’t call yourself a true intellectual unless you’ve watched at least one. 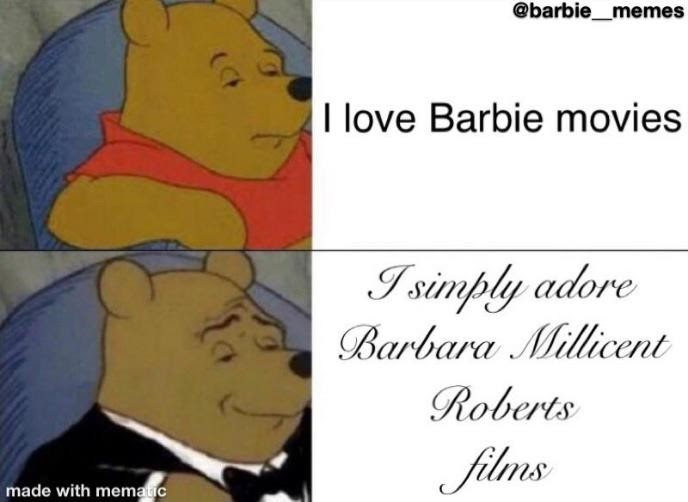 Author's Bio: Alexa Stevens is currently studying a double degree of Commerce and Arts. Self-proclaimed
book nerd, she’ll read (and watch!) pretty much anything; the more gore, the better. When she's
not listening to BTS or memorising random trivia, she’s writing poetry.