Destiny 2 has had a rough past. From its inaugural opening of its successor, Destiny, up to the shaky launch of its sequel, Destiny has tended to be hit or miss, with audiences unsure of what they’d get next. With the coming of October 2020 brought it’s new expansion, Destiny 2: Beyond Light.

'Beyond Light' is the newest expansion in Destiny, bringing a completely original story, two new destinations and a fresh “Stasis” subclass for players who purchase it. This alongside a large reformation of some of the games systems and destinations together creates what is said to be the new era of Destiny, bringing into light the direction the devs want to take the game.

Narrative has never been an incredibly strong driver for Destiny, in fact it tends to pull on the backfoot for most of the playerbase. Most of the lore or story we receive in Destiny is via lore cards or the occasional story mission Bungie releases each season. This is still the same case in 'Beyond Light'. However I was surprisingly pleased with where Bungie managed to take some of the story. Being able to tie in plot together to make the world cohesive was always a struggle for Destiny, so I enjoyed being able to take part and investigate a plotline that had happened earlier in the Destiny 2 universe. All the while simultaneously exploring a beautiful new moon of Saturn called Europa. 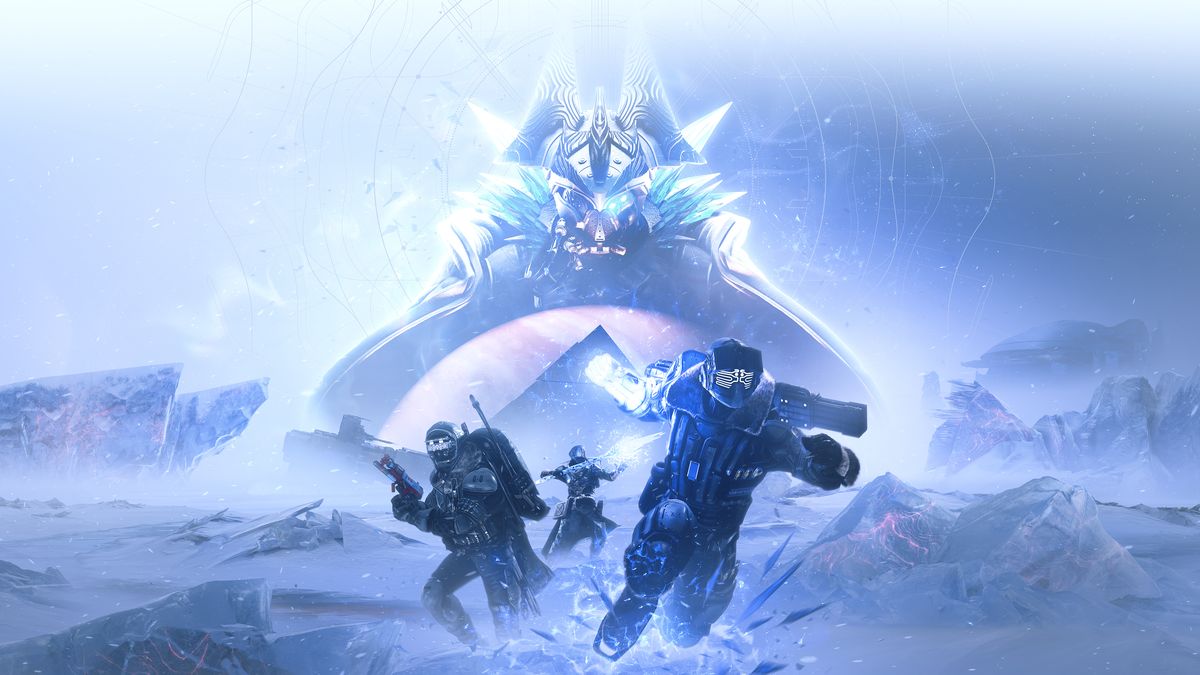 Europa and The Cosmodrome were the newest destinations implemented for players to explore in 'Beyond Light'. One being completely new (Europa) while another being pulled from the original Destiny (Cosmodrome). Europa is easily one of the more interesting destinations added, with a dynamic weather system, new mob types and gear to collect and explore, and with an interesting backstory to boot, it may possibly be the largest one to date. With that being said, Bungie’s lack of waypoints throughout the map, which allow a player to teleport are considerably frustrating. As of the current moment there are only two at the start of the map, meaning players have to ride around and spend a while going from each zone in order to reach an area they were needed in. The Cosmodrome, while being ported over from the original Destiny is still a pretty decent zone. While not being a Destiny player, the place was interesting enough, but I felt I didn't have much to offer an experienced player. There wasn’t particularly much to do and wasn’t anything interesting to explore for me personally. 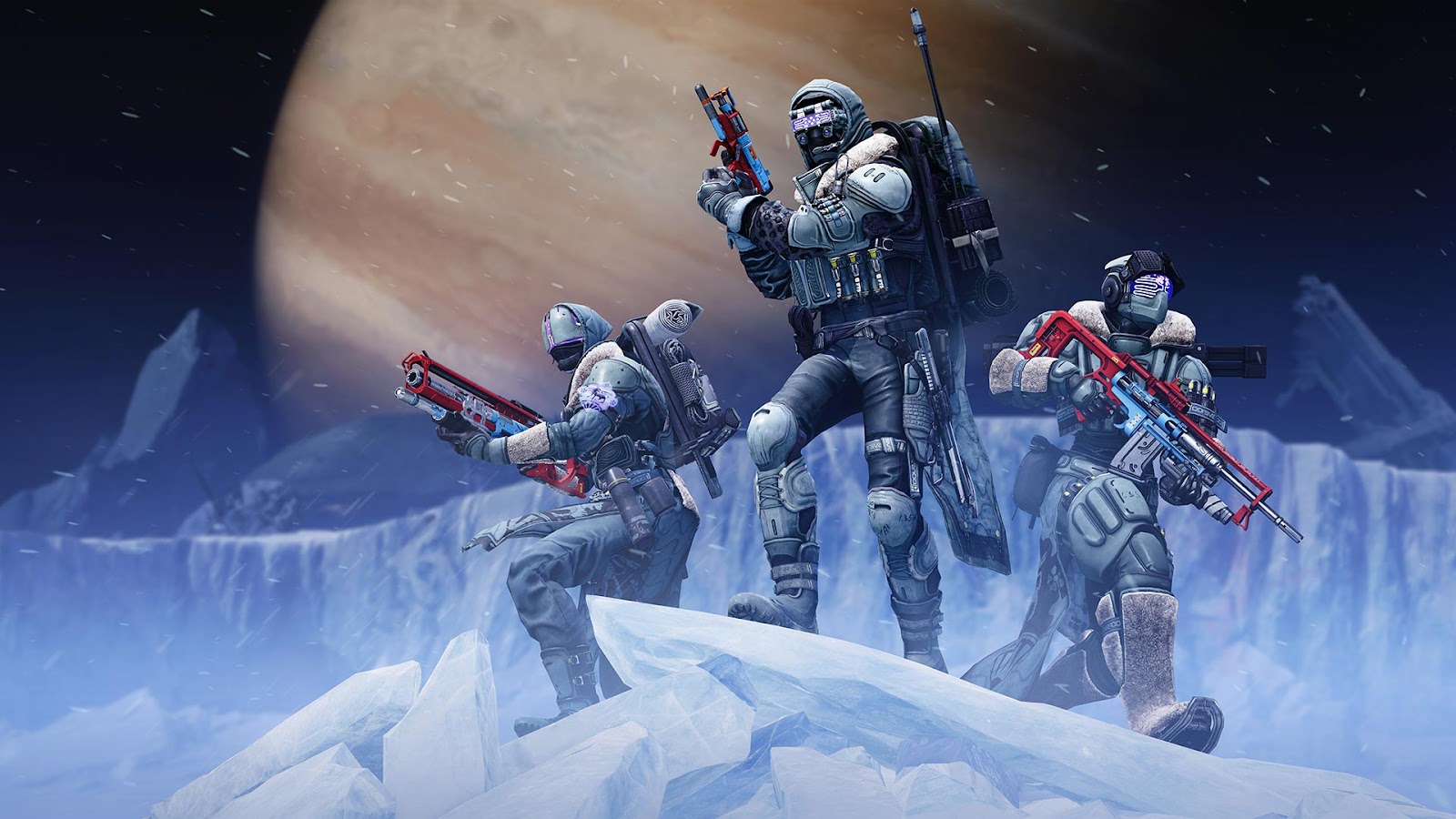 Stasis was also released as the brand new subclass for all Guardians in 'Beyond Light'. With it, Guardians could wield the power of the once forbidden darkness, and come into contact with the strange pyramid ships we had been fighting all of the previous season. Stasis is an interesting being, inspired by ice, and having the ability to freeze enemies and guardians alike. Which, in the case of Destiny’s PvP mode The Crucible, turned out poorly. Surprisingly enough, having a 5 second stun in a relatively low time-to-kill shooter game doesn't exactly call for the most balanced environment. Of course Guardians being the absolute beasts that they are can break out of the freeze, with a simple tap of the “V” key. This unfortunately breaks all of your shields putting you in one hit range of most other players. Simply put, stasis broke the Crucible. Aside from that however, Stasis seems to be a cool new addition. With players also being able to alter their playstyle via aspects and fragments alike. 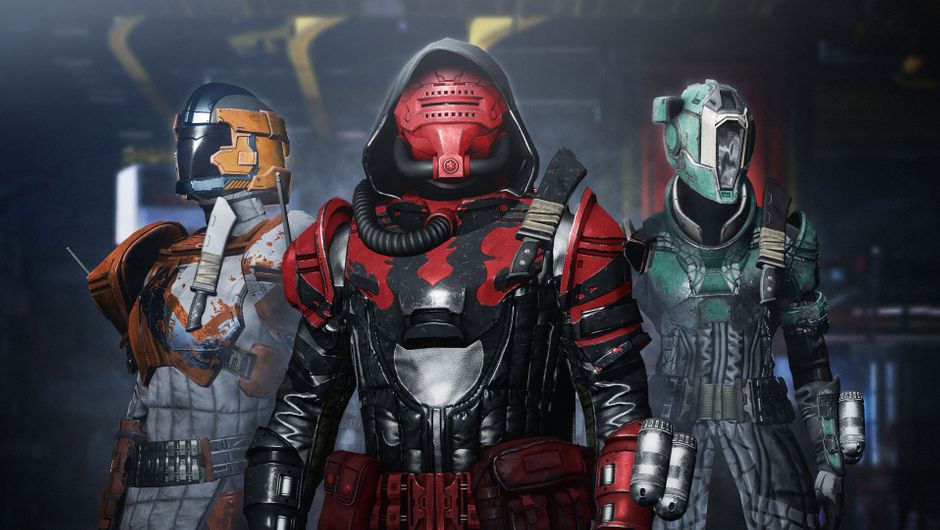 In typical Destiny tradition ‘Beyond Light’ also dropped with a raid for players to play through. A raid is a 6 man activity and is regarded as the best content Destiny has to offer. Raids require large amounts of coordination and teamwork between players in order to get the best possible loot the game has. ‘Deep Stone Crypt’ has to be one of the prettiest raids Bungie has offered to date. Situated in the labs of Clovis Bray deep in Europa, players discover a crypt that has been recently unearthed. While on the shorter sides of raids, Bungie uses the space really well with the encounters being complicated enough to be enjoyable while not frustrating. This is definitely a step up from the previous “Garden Of Salvation” that used a rather unintuitive tether mechanic to progress players through the raid. 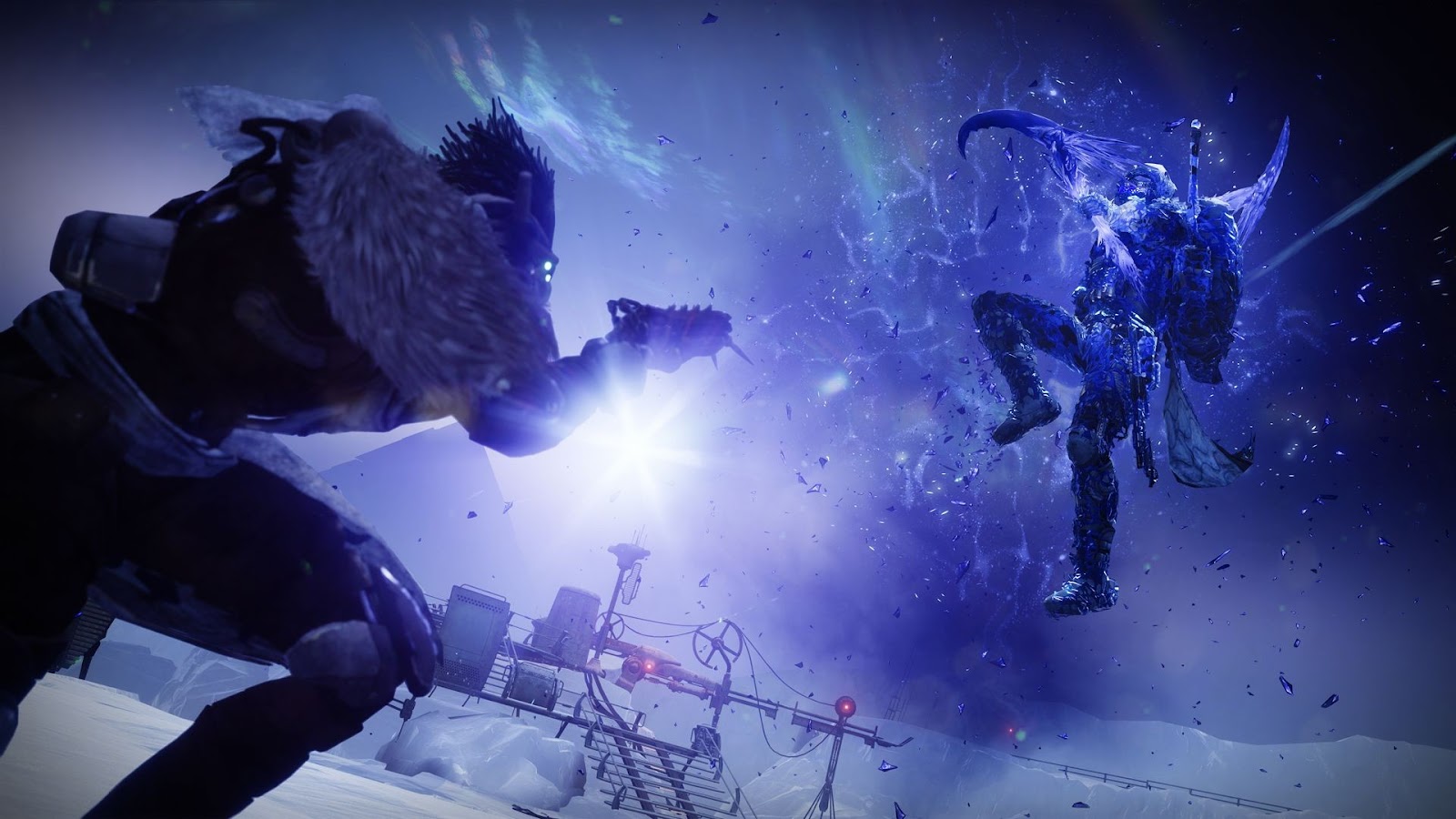 Season of the Hunt

With ‘Beyond Light’ also came ‘Season of the Hunt’, which is Bungie’s quarterly season involving it’s own gimmick and gameplay loop. It’s a pretty poor excuse for a season, with a rather generic and uninteresting replayable mission that players can grind for loot, its main hooking point was the return of the infamous Uldren Sov. With his revival, his memory and consciousness had been completely wiped clean after being the villain in Destiny 2’s first expansion, ‘Forsaken’ (this is the expansion in which he murders Cayde-6, arguably Destiny’s most charismatic and funny NPC). While the world building and plot progression of this season seemed to be it’s selling point, there wasn’t actually too much to it, and that felt rather disappointing. From what I played personally there were a couple of missions to open the season, and a couple to close out the season as the Guardian (your character) frees Sov from his masters’ grasp stating “you’re a guardian”. While there is significant meaning in this, a lot of players had already seen this coming, and most players felt disappointed in paying for what felt like relatively run of the mill story content. 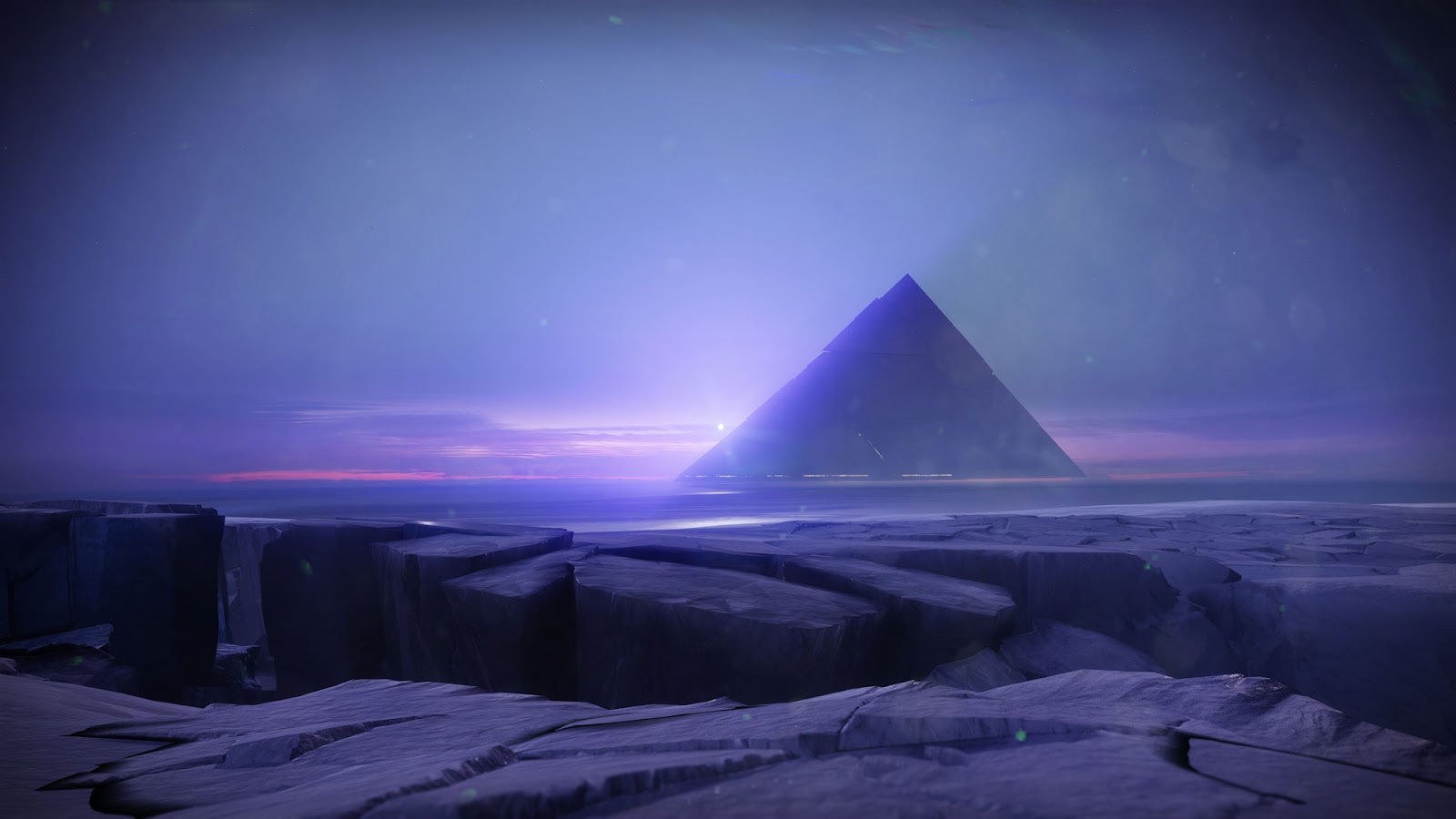 Destiny has come a long way. And as far as the community and myself are concerned, hopefully the trend will continue. Regardless of whether or not ‘Beyond Light’ landed with a crash or a thud, the community has always had a backing for Destiny even through it’s many highs and lows. While Beyond Light was both a high and low point in Destiny 2’s long lifespan, it’ll be interesting to see what’s next in store for this sci-fi looter shooter universe.