Just like COVID, a new method of money-making variant of childhood commodification has dropped, giving rise to a new pandemic: Family YouTube channels.

Family vlogs cover a broad range of topics like home organisation, fitness, and particularly, childcare. By virtue of their family-friendly content, these channels become the preferred choice for big brands and global advertisers. But, the seemingly wholesome family vlogs grow increasingly toxic as they begin to monetise their family life. They tread a fine line that grows thinner by the day, between merely sharing their lives online and using their children for content. This line is shaved even thinner as we watch acts such as a family monetising a child adoption process.

In July 2016, the Stauffer family began documenting their process of adopting a child from China on their now-deleted family channel, “The Stauffer Life”. They concluded this emotional journey with the successful adoption of two-and-a-half-year-old Huxley in 2017. Despite the speculated notoriety of Chinese adoption agencies for their lack of transparency and Huxley’s brain damage, the Stauffers consented and proceeded with the adoption.

“If anything, my child is not returnable,” Myka Stauffer, the mother of the family.

Once fully assembled, the puzzle revealed a photo of Huxley. According to The Cut, they earned US$ 1,900 (~AU$ 2,500) from this. Consequently, the Stauffers profited from the adoption series by doubling their subscriber count and acquiring well-paying brand deals that paid for luxury vacations, designer goods, and even a new home. Mr and Mrs Stauffer’s personal channels gained around 700,000 and around 1.2 million subscribers respectively. Additionally, the video that depicted the Stauffers meeting Huxley for the first time recorded around 5.5 million views.

However, in 2020, people began to notice that Huxley wasn’t in as many of their daily vlogs. In response, the Stauffer’s uploaded a video titled “Where is Huxley” which explained their reasons for “rehoming” Huxley. This sparked major controversy as the Stauffers were accused of rehoming Huxley after using his story to build their personal brand. The use of “rehoming” itself was amongst the many points of controversy because it’s normally used for abandoned animals.

They were criticised by many viewers for using the emotional appeal of his disabilities and the “adoption journey” to increase their subscriber count and watch-time. A value was assigned to Huxley. Like a long-term asset, Huxley’s value to the Stauffers has depreciated as time passed.

The Stauffers went back on their promise that they would not “return” their adopted child.

The Stauffer controversy went beyond the Youtube community and moved offline as they made headlines in traditional mainstream news and eventually became the subject of a police investigation. As of June 2020, the Delaware County Sheriff’s Office closed the case on the Stauffers. The Stauffers cited the lack of transparency by Chinese adoption agencies as their main reason for abandoning Huxley.

As such, they claimed that they were not aware of the full extent of Huxley’s conditions. In addition to brain damage, Huxley had severe autism and a sensory processing disorder. Huxley's needs were too demanding, and the Stauffers were not sufficiently equipped to cater to his needs. However, given Huxley’s pre-existing developmental issues that the Stauffers were aware of, it is reasonably foreseeable that further complications would develop.

Their justification opened a new can of worms as it implies that a line has been drawn between “acceptable” and “unacceptable” forms of disability. Simply put, mild autism is worth the trouble for “clicks and profit” but Huxley’s physical deterioration, strokes, and seizures “proved more difficult”. It was too burdensome, and as a result, he was “re-homed”. It is also interesting to note how much the adoption agency would know, considering that Huxley was merely only two-and-a-half years old when adopted. Putting the issue of transparency aside, assuming that Huxley was given up by his biological parents at birth, the adoption agency is severely limited in accuracy and knowledge as to Huxley’s conditions.

Another defence advanced by the Stauffers was that Huxley was showing severely aggressive behaviour towards their biological children. Despite their attempts in behavioural therapy, Huxley’s aggressive behaviours (which included throwing toys and hitting other children) continued to spiral out of control. The Stauffers told police investigators that the babysitters they hired to watch Huxley had quit and that Huxley’s outbursts were traumatising other children.

This bone of contention is a two-fold argument.

From a moral standpoint, it was probably in Huxley’s best interest to discharge their parental responsibilities to another family that was better equipped to cater to his disabilities. On the other hand, this was a risk they had assumed when deciding to adopt internationally. Further, the Stauffers had ample time in the two years that they had spent traversing the adoption process to properly consider their decision to adopt a disabled child and whether they were capable of providing the appropriate facilities. The other series of actions that the Stauffers have undertaken previously, such as deleting social media comments regarding Huxley’s absence and joining adoption groups on Facebook to solicit views and support makes it difficult for many to endorse their defence.

In light of their behaviour and financial benefits, whether the Stauffers have even a fraction of pure intention becomes tough to establish. There is clear evidence to suggest that they have reaped the benefits that came with adopting Huxley (i.e new house, new cars, sponsorships) yet the family is unwilling to confront the difficulties that derive from adopting and raising a special-needs child.

The result? Kid-fluencers and The Royalty Family 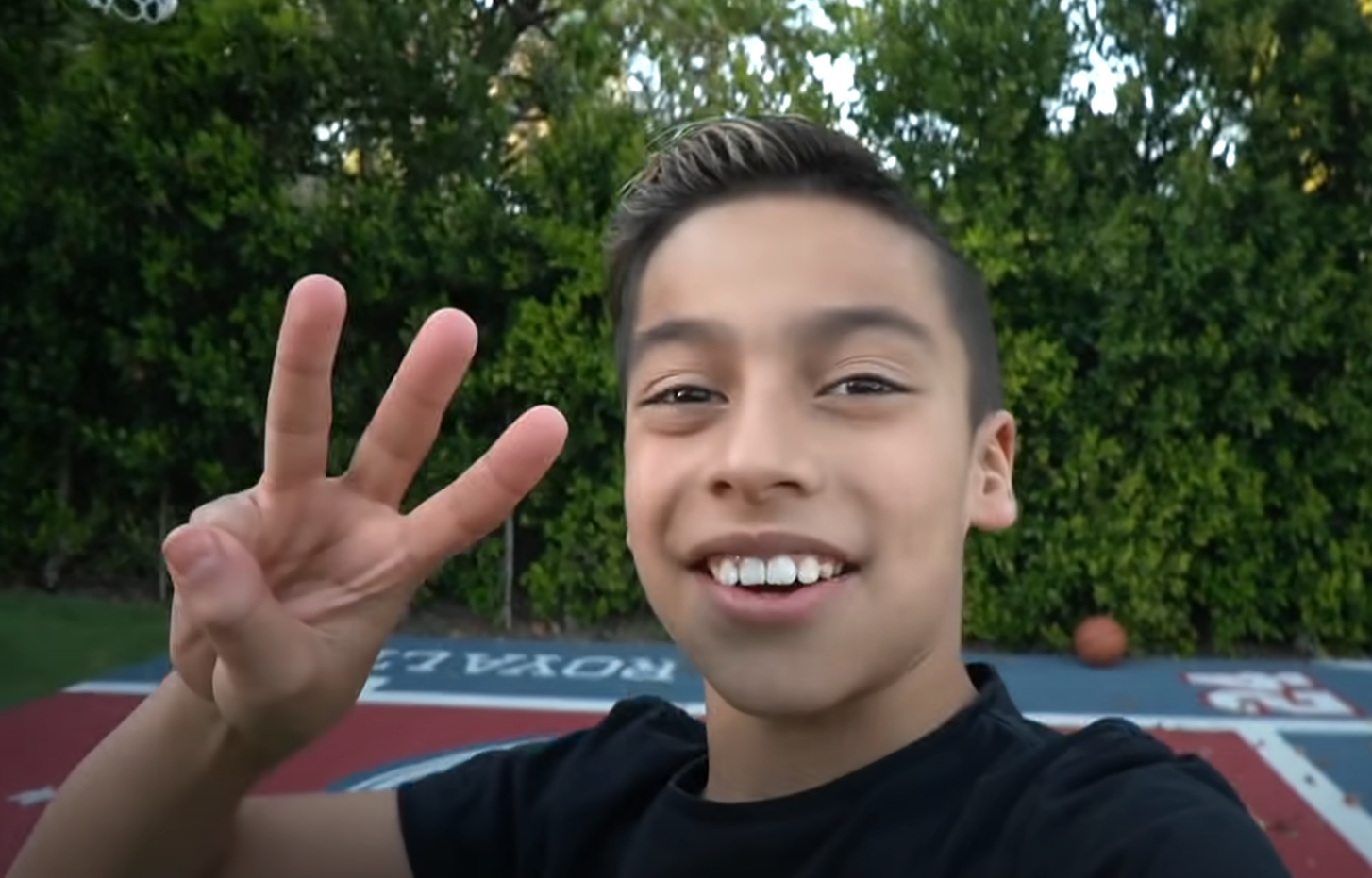 Given that the whole premise of family channels is to share their lives in an unobjectionable and organic manner, it begs the question, is this genuinely what Ferran is like? Such questions are reminiscent of Disney child-stars. However, the division between private and public life is not lost with these child actors.

There is a clear line that separates life from work. During work, they put on a character and act according to the script for a movie, as required by the role that they agreed to play. This does not carry into their personal lives. On the other hand, the public life of these kidfluencers’ is the monetisation of their private life. It follows that there is no longer a divide between the private and public life as the former is being documented and uploaded for the latter. The private is the public and vice versa.

These children—particularly those born into this—will never know what a private life is. One would expect that this would unleash a pandora’s box of effects on the child's development physically and mentally as they observe themselves through the lens of an audience. Their conduct and appearance are carefully curated, altered and adjusted for viral media. We've progressed past the need for these kinds of channels.