FEELING NOSTALGIC WITH THE MATES OF THE SUNDAY ESTATE

Meet ‘The Sunday Estate’, the indie-rock band that will make you feel things with their crunchy instrumentals, hearty vocals and sunkissed vibes.

The Sunday Estate are like your favorite childhood rock bands, all in one. There’s a sense of familiarity behind the band’s music that will leave you with a feeling of nostalgia. Whilst they may be young– having formed only in 2018, the Inner-West boys have been busy releasing music and offering audiences three strong singles, “I Don’t Want To Be Alone”, “We Were Kids” And “Let's Stop Pretending”, all delivers punchy instrumental and emotionally-relatable lyrics.

Produced by Ryan K Brennan (King Gizzard and the Lizard Wizard, Julia Jacklin), the band has nailed the raw and simple aesthetics. Their instrumentals are catchy and sincere, laying it bare on tracks, while the hearty vocals of lead singer, Conor, will transcend your speakers. It’s the kind of songs that will bring you back in time, to your childhood, to the first album you ever listened to and loved.

To celebrate their latest song, Give Me (Something), we sat with the boys to talk about nostalgia, growing up and how rom-coms are the pop of the film industry.

You’re a fresh band from the Inner-West– For people discovering you guys, how would you describe The Sunday Estate and your musical style?

Dave: We have a pretty eclectic sound. There's definitely a few common influences that we picked up when we started practicing together. Bands like The Cure, Phoenix maybe, The Strokes. We have some other ones coming out soon– some of them [are more] country, some more [like] The National, so our sound is very eclectic.

Conor: As a whole, we are very influenced by whatever we are currently listening to, so it really depends on the time. [Looking back at the songs] in the future, [there’s] going to be distinct periods that we have in terms of what's influenced us when we're writing. Currently, for the next batch of songs, it's going to be very 80s post-punk influenced, and very nostalgic and a bit of emo in it as well. I've recently grown to love emo, when everyone else seems to have loved it before me.

Tom: Some of us are still in our emo phase. Some of us never left. laughs

Conor: I think that now, the songs we're releasing at the moment, which we're still very excited about, are very much more so like The Strokes and garage rock, and the things I personally was influenced by a couple years ago. It's just going to be a lot of different progressions as we go. What the future holds, I don't know, but we're just a band that likes to play music that we like to listen to.

How did you come up with your name, The Sunday Estate?

Conor: Oh, that was the hardest thing! Dave had no say in it. What happened was, we just cycled through lots and lots of names: We started as "Luxuries", and then “The Bum Bags” laughs. Naming ourselves as a joke is a bad idea.

From the start, we were quite set to having "Sunday" in the name somewhere. There were two competitors, "The Sunday League" and "Surreal Estate”. We couldn't pick one, so we just threw them together.

You say your songs are “pop nostalgia”– and I can definitely hear that flair of old pop/indie going on there. What's that 'nostalgia' that helped define your music and who you are as musicians?

Conor: I think our music is very rooted in emotions, feelings and trying to convey those in a way that you don't necessarily have to have experienced what's in the song, but in a way, it affects your mood, your emotions, your way of feeling about something. What I like about us is that the eras that we are influenced by are nostalgic to us, and I hope that they are to other people. The 80s post-punk theme comes from the music my dad listened to, and the progression from that just changes because whatever my dad was into, that's what I listened to. Currently, my influences are defined around certain bands but from different eras. It spans every era, but I can't settle on one.

Finn: I think one of the reasons we use the word "nostalgic pop" is because some things never really go out of style. A lot of our songs are about childhood and being teenagers, and so it kind of makes sense because they harken back to old, familiar and warm memories. Even "Give Me (Something)", is kind of about teenage love and teenage drama.

Tom: The nostalgic element goes beyond the sonics of the songs– it's also about the content of the songs. Some of these songs, to me, feel like growing out of home. Even the name of the band is about a house. There's a lot of lyrics about people coming home, or leaving home.

Congratulations on your new song, Give Me (Something) ! Can you tell us more about it, the story behind it?

Conor: The song, as a whole, is about relationships that you have with people, whether or not they are romantic or friendships, or your family. It's not a sad song, I don't think. It's kind of happy-sad– nostalgic! The song's about those [super close] people in your life. You're going to fight. You're going to be annoyed at each other. You're going to get on each others' nerves. But at the end of the day, there's something that they give you that makes you want to keep them around.

There's always that "want" of having them there no matter what they do. It's not necessarily a specific reference to my own life, but I think it's a feeling that resonates with a lot of people. No matter what the circumstances are, at the end of the day, we all have those people in our lives that may get on our nerves sometimes, but you still love them so much.

As a five-piece band, what’s the songwriting dynamics in your band?

Conor: When the band first started all the songs were, I can say, written by me, I guess, right? (the band agrees). In each of the individual songs, there's a sonic identity that is definitely tied back to me. Where the band really comes into play used to be more in the arrangement of things, the way we want the songs to play out, how we want to play it live. Slowly now, everyone is starting to have a little more input on their own parts. The good thing now is that we're all realizing what's good for the song. Slowly, I reckon, we'll start collaboratively writing songs together a lot more. Everyone is putting in more of their own signature in it.

Finn: It also comes from the fact that a lot of us really had any studio experience. It was really new, but now that we've done a couple of studio sessions, it has really built trust in the band. Everyone has trust in their ability, and it was really good for building us as a collective.

It's cool to see this evolution. It's funny because your Facebook Story mentions that one of you guys couldn't even find the middle C on a keyboard before joining the band.

Finn: None of us could really play our instruments before we started laughs

It's really useful sometimes. Limitations are really useful creatively because you go, "oh well I just have to work with this" and that's all you got. Having someone who can't play an instrument very well makes the options easy to choose because there aren't too many laughs

Tom: It makes the choice more important as well.

Sven: I think it ties in with this whole nostalgia. The simpler it is, the more accessible it is, but I think that it reminds you of playing guitar as a child.

Finn: We also realized very quickly that less is more in a lot of the songs. When we go in the studio, or when Conor brings a song, we are not thinking about what we can add to the song, we're thinking about what fatty part we could take away to make certain parts more. It ties back to really about fleshing out those rudimental core aspects of the songs and making them shine.

Tom: You can reduce those elements to their proper essence. There'll be one or two parts of the song that make it 'tick', and considering everyone's single part on the song is important is what makes a good song. Trimming the fat makes the song sound better.

I love the fact that “Let’s Stop Pretending” was inspired by “To All The Boys I’ve Loved”. How did the movie spark the writing of the song?

Conor: I have always been a fan of the way music and the moving images goes together really well. I always found inspiration in wanting to write something that would accompany the movies I've loved. That movie was very nostalgic in a way– it throws back to many elements of the past. I loved the feeling that the movie left me with, and I wanted to encapsulate that in a song.

I think Rom-Coms are like the pop of the film industry. They're super accessible, and you don't leave being "that was horrible". It can be super cheesy, but, it still makes you feel a certain way. That's something I wanted to encapsulate in the song.

How was your experience working with Ryan K Brennan (Julia Jacklin, King Gizzard), and being in a studio in general?

Conor: Ryan is a gem! laughs Ryan is amazing to work with, and he got what we wanted quite quickly.

Tom: Having worked with him twice now, it's been really cool to see the progression. He's like the sixth member of the band. When we recently went in the studio, he was locked in on what we wanted– he's a legend.

Finn: For me, it was my first time in a studio, and I remember, I went in there on the first day feeling pretty nervous and not knowing what to expect. Looking at the progression of all the songs, through the course of recording them and adding parts and hearing them back again at the end of the day– they were so radically different. I remember being at the back of the car with Sven and we were both beaming and so happy with how it went.

What’s your career highlight so far?

What’s your dream for the next year?

Conor: Big shows! Laughs. I think it's really to keep progressing. We're here for the long-run, and as long as we are still having fun, the goal is to maintain that. While there's definitely bigger, grander goals like playing big shows and going on tour, the core message is to have fun and keep enjoying it. As long as we are writing songs we love to listen to and playing shows we love to play and having a good time, that's the best goal for now.

I think our objective is to release something longer than just a single. A full-ish length– whether it's an EP, or two. We haven't decided yet, but we have a lot more songs we want to release.

What can we expect from you guys for the near future?

I think the next step for us will be to release more music and we want to play bigger shows. 2020 hopefully could be a good year for us–maybe the end of 2020! 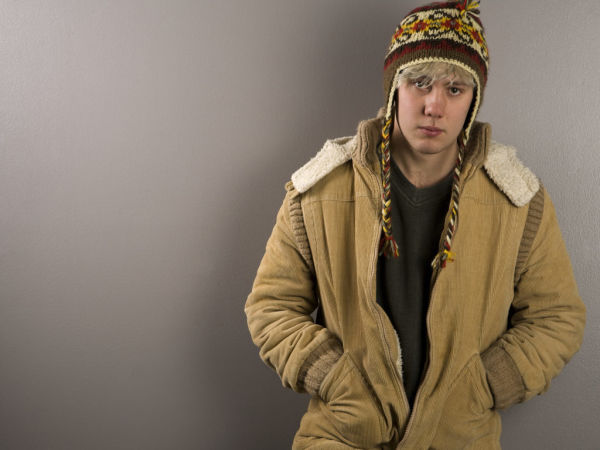 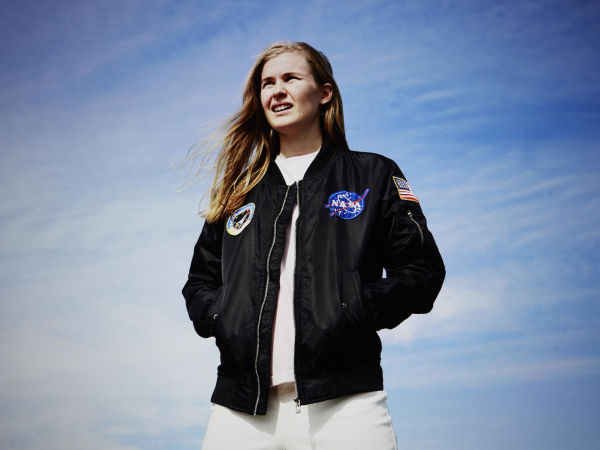 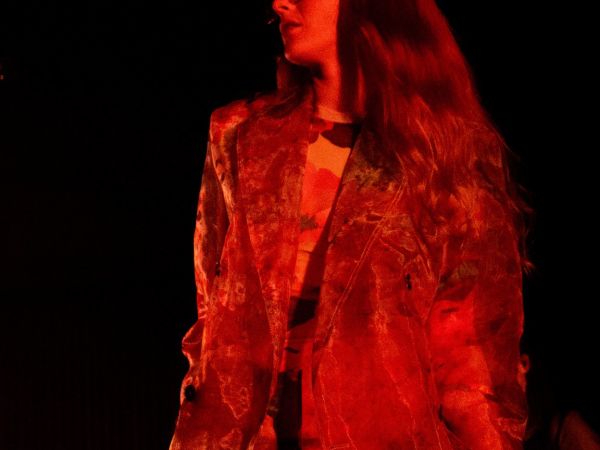