GTR Festival: Behind the Racing Lies a Family

We hear of racers being tough-hearted, and many have negative prejudices towards Drag Racing, but we know of nothing behind the scenes. I went to Eastern Creek to explore this sport, upheld by an Australian community, connected by love.

It is December 12th, 2020, there are two women in bright blue bodysuits checking our tickets and telling us to walk down a cement road surrounded by bushes. The temperature outside is average but adrenaline from the sound of the tyres screeching and the smell of gasoline makes our cheeks, and our hearts palpitate. The Gran Turismo Racer Festival is held every year in December at Sydney Drag Race Track in Eastern Creek, NSW. The steward there, William Davey, part of the International Hot Rod Association (IHRA) upon interview explained to me it's for everyone to get out and to enjoy themselves. But upon further investigation I found racers who have created a community all connected through speeding down a 400 meter track. Today the fastest would be around in 7.2 seconds. While most cars are GTRs, there are also some other brands such as the Daihatsu Leyland, and Lamborghinis, but most predominantly Nissan GTRs (R35), and Nissan Skyline GTRs.

“I don’t know whether they are rewarding or whatever at the end of the day” William tells me.

This is because it's a community based around more than just winning a trophy. This is a community built on love for cars. This is a gathering where there are families, friends, fathers and sons, boyfriends and girlfriends.

The cars here all are painted in different colours. Upon asking, one person explains to me how the owners will paint their cars in their favourite colour, such as bright blue, black, white, and metallic. But what keeps the excitement of this sport going is the adrenaline; which is why many spend thousands of dollars on upgrading different components of their cars. 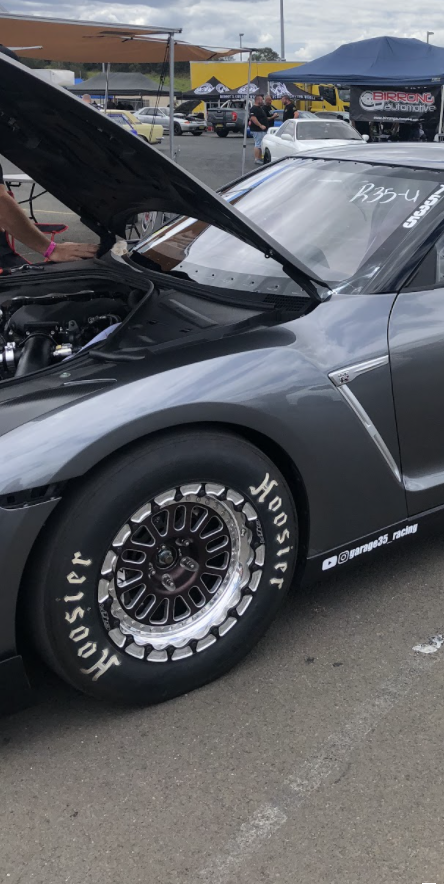 Davey tells me that some of these cars here are “worth more than my house” because “when you spend $20K just on the motor to have it tuned, to have upgraded components put in it—a larger air intake system, a bigger exhaust system, a larger turbo, a larger fuel injector—it adds up, but it also delivers what they want,which is more horsepower.” Because people here enjoy a car with a grunt. Davey explains to me that this creates a business, because people come and say “I want to get my car tuned by these racers” so they bring their car to the racers garage to do the engine upgrades, test it out, and then bring the car to the customer.

For example, many of the modified cars are used as a form of promotion - for instance, some cars will have their Youtube & Instagram accounts on it; such as @garage35_racing, a drag racing team from Melbourne, VIC. 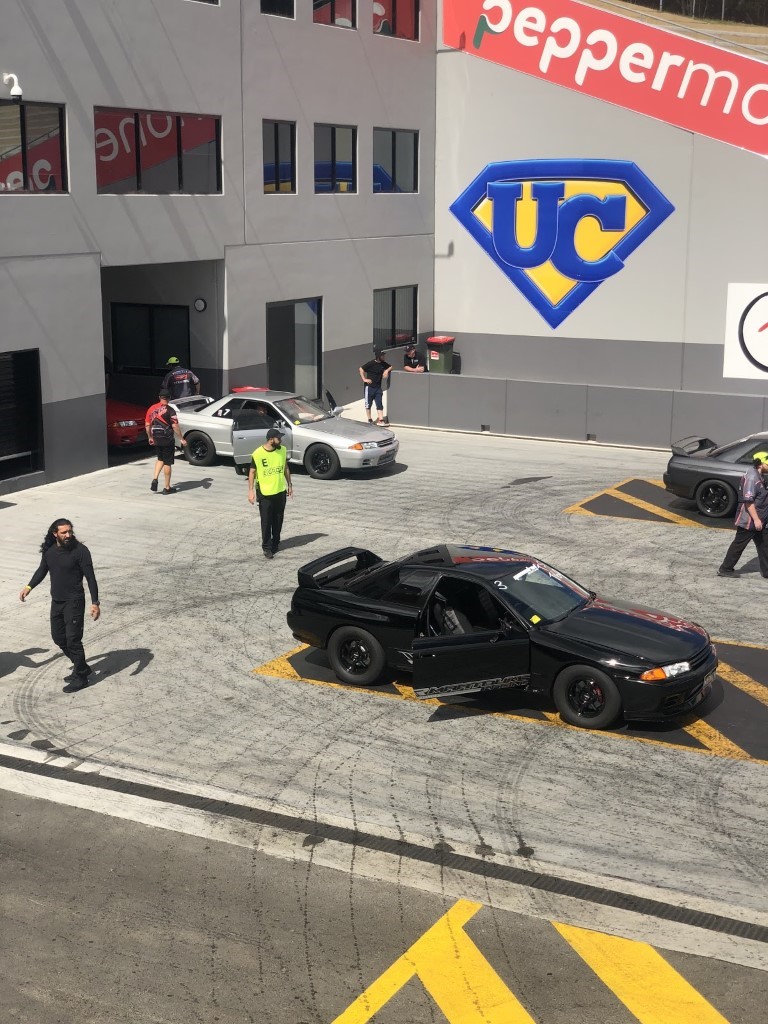 The style, the sound; the sport brings people together, creating a community or, as Davey calls it, the ‘Drag Racing Family’. William is a family man. He pulls out his phone to show us the poster for the next event on February 6th, 2021. Aside from the pictures of cars, his phone is filled with pictures of his grandchildren and family. He later explains how his father was a motorcycle racer, like himself - but due to his injuries, he now is a steward representing the IHRA. He does this as one of the cars drives off track and into the gravel due to a malfunction with its parachute. So, the work here is well regulated, and is done so because this drag racing festival is “designed essentially to keep people off the street”.

To make this happen - they have created a community that is maintained through a source of income. “They get the cookers out there. The ‘souvlaki’ and ‘kofta’ - predominantly Lebanese food, but Lebanese food is great! We love it! I love it!”

This has shown me that car racers here have created a community based on something bigger than just racing but a community which supports each other like a family to stay afloat even during a pandemic. 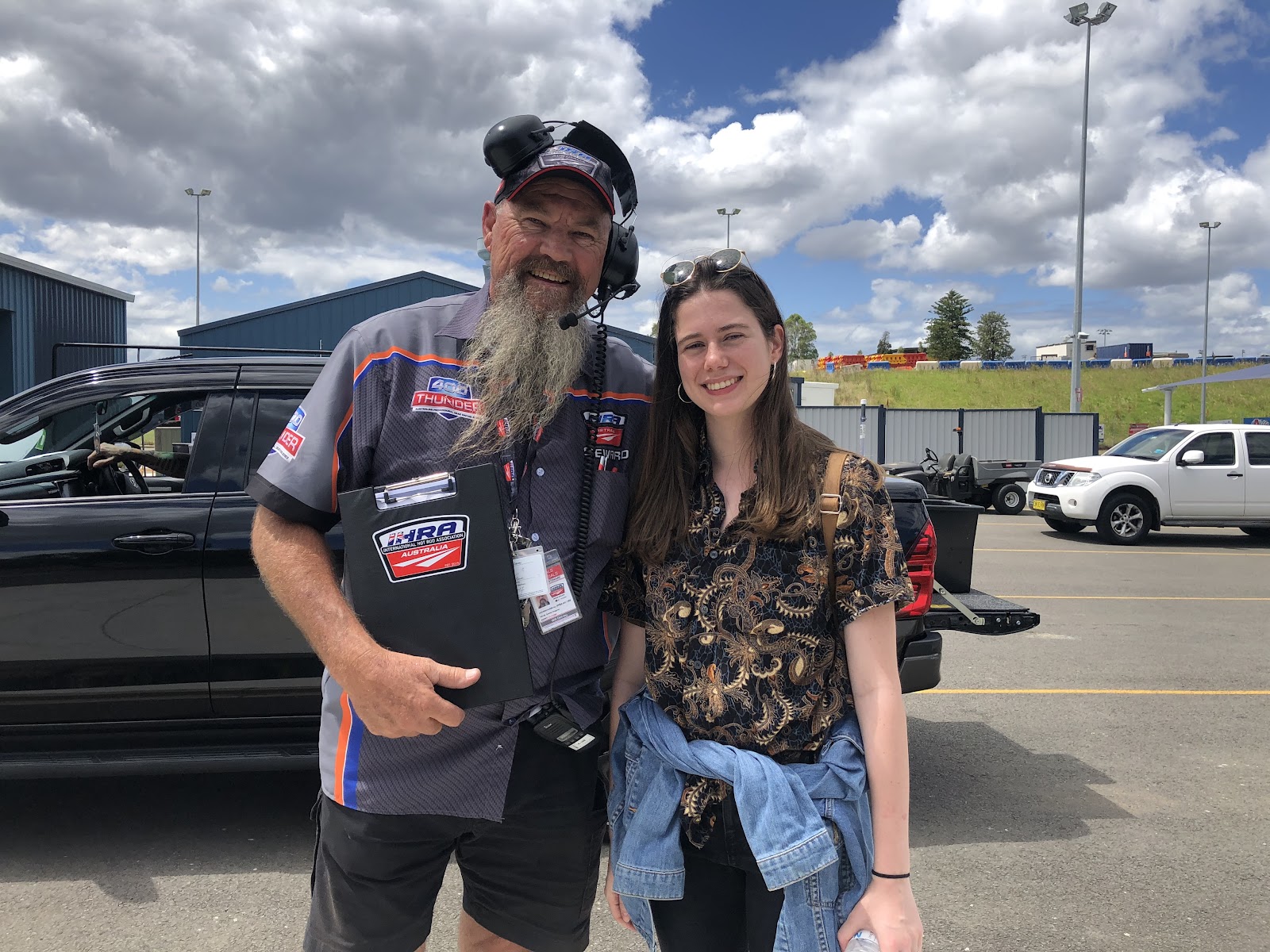