The State of Sports

Is It Coming Home? Analysing Modern English Football and The Euros

Beckham. Gerrard. Shearer. Owen. Rooney. They all have one thing in common; Hall of Fame players in their own right. However, as a team, they never won any accolades or ever established themselves on the international stage, surprising to say the least. From questionable management to controversial player antics and poor tactics, the three lions have never proved their potential on the big stages such as the Euros and World Cups.

Let’s go back to 2001, when Sven Goran Erikkson became the first non-English manager of the national team. Some significant highlights during his time included the 5-1 win over Germany in a hatred-filled Munich stadium and the David Beckham freekick against Greece which sent them to the 2004 world cup. However, in 2005, everything went downhill when his tactics became stagnant, lack of communication with players on the bench and became way too defensive against the likes of prime Kaka, Ronaldinho, Thierry Henry and Zlatan Ibrahimovic.

One year of Steve McLaren and they didn't even qualify for a major tournament in 2006. Need I say more?

Fabio Capello is the first England manager I remember from my personal experience after watching the 2010 FIFA World Cup. Despite hard-fought games, England were knocked out in the group stages by the Germans and Americans.

Roy Hodgeson took charge in 2012 just before the European Championships. The ex-Crystal Palace manager’s stint in charge was surrounded by controversy thanks to England Captain at the time, John Terry’s racism-fueled assault on Anton Ferdinand which resulted in him being stripped of the captaincy. When it came to business on the pitch, they breezed through qualifying after facing lower tier opposition but had a reality check when they once again failed to qualify through the group stages in the 2014 world cup in Brazil. Consequently, England legend Steven Gerrard retired and Manchester United’s Wayne Rooney was given the captaincy. With this motivation and Hodgeson’s ‘play the ball to Rooney’ strategy, he eventually broke Bobby Charlton’s national goalscoring record.

In 2016, The English Football Association hired Gareth Southgate. This was a breath of fresh air to the national team with the number and variety of selections he made of younger players like Bukayo Saka, Jude Bellingham, Phil Foden and Mason Greenwood . The latter two failed to capitalise their opportunity thanks to ‘special Icelandic room-service.’ Under the current management, England finished first in their world cup qualifying group and eventually went onto reach the semi-finals where they only lost to a prime Croatia team in the semi-finals. Simply put; it was ‘so close yet so far’. 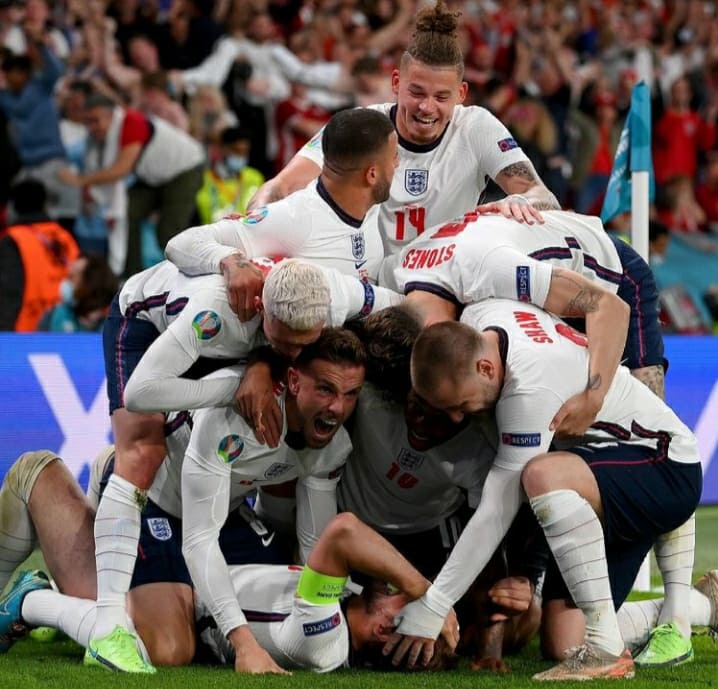 With 26 available selections and a pool of talented players, Southgate had a tough job with the selections. Only 9 players remain from the squad which travelled to Russia for the 2018 World Cup whilst everyone else were fresh faces. Captain and talisman Harry Kane was a fixture in the squad thanks to his consistent goal scoring performances for an underwhelming Tottenham Hotspurs side. Another fixture in the side was Raheem Sterling who wasn't even picked for the Manchester City team in the latter stage of the team but has been a constant on Southgate’s starting sheet.

In central defence, Southgate utilised Stones and Maguire in central defence in the qualifiers but with an injury to Maguire, Tyrone Mings was given the chance to shine. At leftback, Manchester United’s Luke Shaw solidified his spot while Chelsea’s Ben Chilwell was second choice. No team had much of a selection conundrum as much as England and their right backs.

From the attacking prowess of Kieran Trippier and Trent Alexander Arnold to the defensive capabilities of Reece Janes and Kyle Walker. Since he couldn't choose, Southgate went with all four right backs which was a surprise to many. With Trent getting injured before the tournament, this gave Southgate freedom to pick from other positions.

In the midfield, the creativity is endless with players who can hold the ball and purely pass like Jordan Henderson, Kalvin Phillips and Declan Rice or hybrid wingers who can carry the ball down the middle or through the sides like Mason Mount, Bukayo Saka, Phil Foden, Jude Bellingham and Jack Grealish. When it came to who started, Southgate was supposed to choose between the fan favourite Grealish who could simply dribble through whole teams and Jadon Sancho who had the highest goal contributions in the whole team. Contrary to popular belief, Southgate decided to go with Saka and Foden as his choice of hybrid wingers which surprised many but eventually paid off. 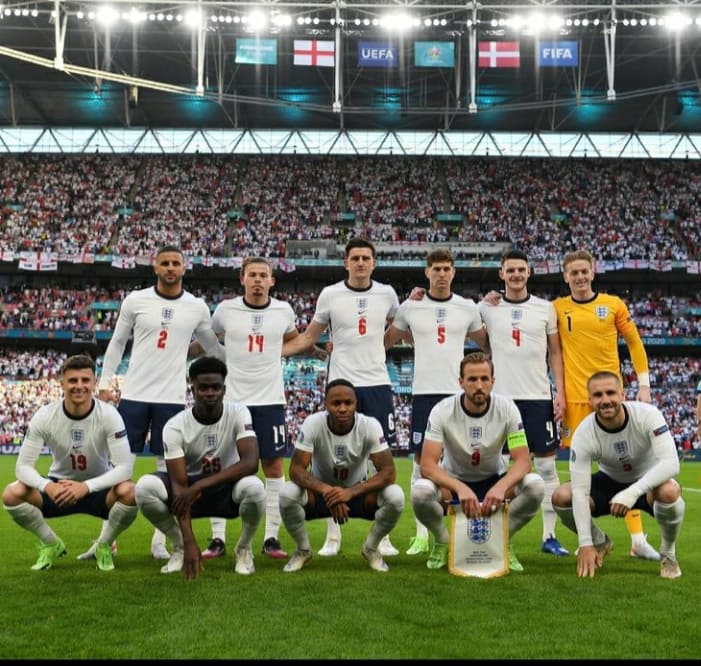 What We’ve Seen So Far

The three lions topped Group D without conceding a goal for the first time since 1966 which was testament to how good their defence has become in recent years. It is important to note that this group also contained runners up in the last world cup Croatia. England’s performances here were rather monotonous (2 1-0’s and 0-0)

Facing Germany in the round of 16 is a daunting task for any team in any year but this particular version wasn't up to par considering that the forward line was led by a misfiring Timo Werner who can’t find the back of the net to save his life or his career. A 2-0 win despite Germany having majority of the possession and control in the first half was no surprise. In my opinion, Jack Grealish was the turning point as he created a central vacuum through the middle for both goals from Kane and Sterling. A big shoutout goes to Harry Maguire who did not feature in the group stages but came up big in terms of the crucial tackles and shutting down the threat of an in-form Kai Havertz.

The quarter final against Ukraine felt more like a qualifier than an actual knockout match. Seeing Jadon Sancho in the lineup for an injured Saka was a breath of fresh air as this allowed more creativity and Kane to play higher up which led to the 4-0 scoreline.

The semi finals with Denmark was surrounded by both excitement and controversy. In a match that was dominated by England, worldwide media and the internet only focused on the controversies which included two balls on the pitch at the time Raheem Sterling got fouled for the penalty and that English fans targeted the Dansish Keeper Schmeichel with a laser during the said penalty. Little do people realise that the English are often on the receiving end of these controversies (i.e. 2010 Goalline disallowal vs Germany).

A Preview of the Finals

Italy is arguably the strongest performing team at this tournament with a 28 match unbeaten run under the management of Roberto Mancini. Speaking of Mancini, he too has a special relationship with the english after managing Manchester City from 2009 till 2013 and winning the Premier League once. Italy is a possession heavy team known to be traditionally defensive but tactically flexible as seen against Belgium especially.

With the injury to first choice left back Spinazzola and the presence of slow midfielders like Jorginho and Veratti, Italy will lack pace which English midfielders like Mount and Bukayo Saka will have to take advantage of. For Kalvin Phillips and Declan Rice, it will be important to intercept balls, win their challenges and shut down the counter.

With Ciro Immobile being very quiet during this, it will be upto Chiesa and Insigne to lead the line. On the flipside, with Raheem Sterling having the tournament of a lifetime and Harry Kane in absolute fine form, England will be firing on all cylinders.

My prediction is that the match will go to extra time due to the equality of the two midfields but a Harry Kane penalty in extra time will separate the two sides.

Writer's Bio: Thaveesha Jinadasa is a student originally from Sri-Lanka who studies a bachelor of Commerce specialising in marketing. As an avid pop-culture and sports enthusiast, he is often seen immersing himself in the latest Hollywood gossip or watching an NBA livestream. He also likes watching throwback Disney movies and compiling Spotify playlists for every single mood and time of day.