Kid Laroi: The Diamond in an Australian rough

Two years ago, I was surfing through the hip-hop infested depths of the internet when I discovered a video of internet bad-boy and gatekeeper to the underground rapworld, Adam 22. In this particular instance, he was traversing through the ‘ghettos’ of Australia with what appeared to be a skinny, squeaky voiced white boy as his humble guide.

In a little under two years, this still skinny but not so small 17 year old has gone from making a name at the Triple J 'unearthed' competition to earning the accolade of being the youngest artist with a number 1 album on the ARIA charts, whilst creating a global brand which resonates with teenagers worldwide...

Charlton Kenneth Jeffrey Howard was born on the 17th of August 2003 in Waterloo, New South Wales to Nick and Sloane Howard. Music was ingrained in the roots of his family. His father was a music producer and sound engineer to the likes Nelly, Fat Joe and Common, and his mother was both a model manager and a music executive. Whilst other kids his age listened to their Delta Goodrem’s, Anthony Callea’s and the Pussycat Dolls on ‘Top of the Pops’; Laroi was influenced by the likes of Erykah Badu, Tupac and the Fuggees who were legends in the hip hop and RnB space.

While I was procrastinating in school and binge-watching sitcoms at age 15, Laroi caught national attention after making the top 5 of the Triple J ‘unearthed’ competition. This particular contest was held to discover and showcase Australia’s brightest new highschool artists. One of the most memorable highlights from this included Laroi’s song ‘Blessings’ which showcased some of his earliest raw signature melodies that fans would come to love, and a vision statement of the fame and fortune he expected from his career.

The Australian public and media were not the only ones to be stunned by this local teenage phenom, as halfway across the world, a well known record label Grade A records and it’s owner Lil Bibby noticed this shiny diamond in the Australian rough.

Juice and Laroi: The Batman and Robin of Emo trap

Jarad Higgins or better known as Juice Wrld was a star in his own right after garnering worldwide success at just 19-years-old for his mega hit ‘Lucid Dreams.’ As a co-signee at Grade A records, Juice Wrld was the perfect mentor for a young star like Laroi. They travelled together, lived together and made music together. One significant moment in particular is when Juice offered Laroi a verse on the song ‘Go’ which he deemed would be a hit, and was said to have been worth $200,000. Not bad for a 16th birthday gift.

In January 2019, Kid Laroi opened up for Juice Wrld’s first (and last) Australian tour. However tragedy struck when Juice tragically died in December of that year at just 21. As a hip-hop fan myself, it is easy to see how Juice inspired and influenced Laroi. From the cadences to melodies to flows, the memory of Juice Wrld will forever live through the songs of Laroi.

The TikTok Train to the Billboard Charts

From Lil Nas X’s 'Old Town Road' to Megan thee Stallion’s 'Savage' to CJ’s 'Whoopty', these are just a few examples of how relatively unknown songs and artists funneled their way into mainstream media via the platform that is known as ‘TikTok’. Laroi has been one of the latest artists to follow this trend of virality into the Billboard charts.

‘Addison Rae’ was initially a snippet named after popular Tiktok megastar and every 13 year old boy’s lockscreen wallpaper Addison Rae. With the snippet going viral via Tiktok and Addison reacting to it for her 50 million followers, it was not long before there was a full blown song with an accompanying Tiktok dance which slithered its way to the middle of the Billboard 100.

Kid Laroi also had a number of other tracks go viral on Tiktok including “Without you”, “Tell me Why” and “So Done” which reached the Billboard charts and have had relatively high success.

This has gone to show how strong and important a digital audience can be for young artists in this pandemic-ridden period. 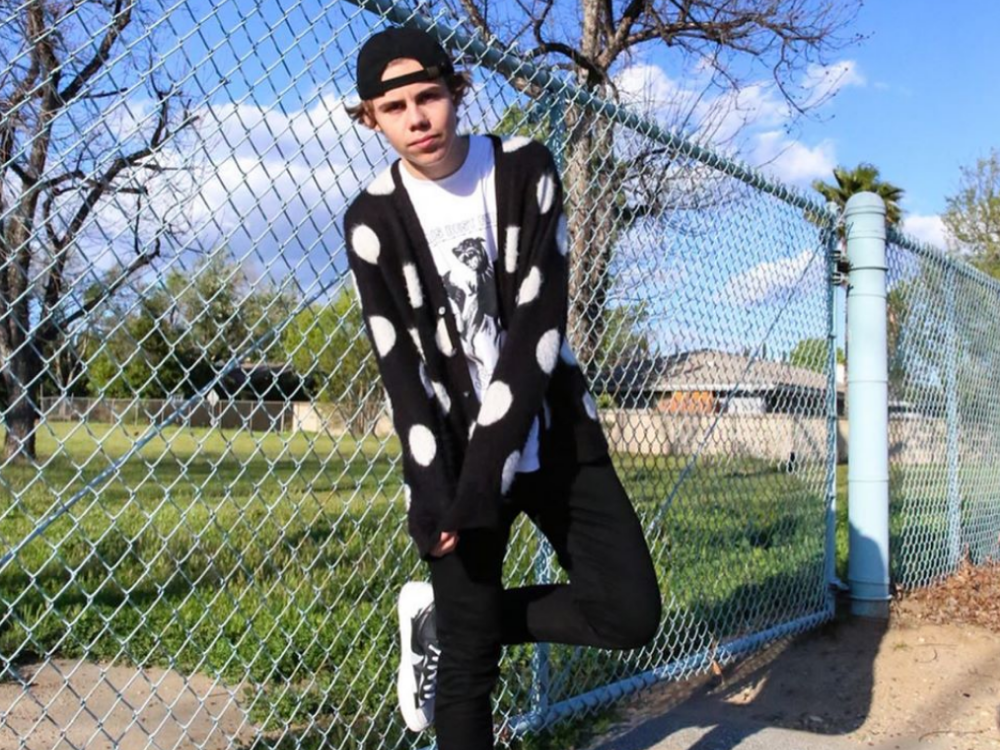 The Power of Collaborations

Collaborations between artists are a big part of the music industry and can make or break an artist’s career. The Kid Laroi has collaborated with a number of rising artists including Lil TJay, Blackbear, Y2K and Bankroll Hayden but none of these would be as significant as his partnership with Cole Bennett and Lyrical Lemonade.

Lyrical Lemonade is a multimillion dollar company which specializes in the creation of music videos, live events and exclusive content which is headed by Cole Bennett. A few of their most popular creations include the music video for Juice Wrld’s ‘Lucid Dreams’ (653M views) and Lil Tecca’s ‘Ransom’ (317M views). So, with a proven track record and the mutual relationship they had with Juice, Laroi and Lyrical Lemonade collaborated together on a number of tracks and music videos. Laroi also has collaborated with Lyrical lemonade on a limited edition lemonade can and a clothing line in order to help diversify his brand from beyond just music.

Another reason which made me appreciate Kid Laroi was that he isn’t afraid to push the boundaries of his creativity and target newer audiences. On September 2020, the music video for Laroi’s track 'Wrong' featuring Lil Mosey premiered. What many people did not realise was that Laroi provided Logan Paul (a titan in the content creation and YouTube space) with the creative freedom to direct this particular video. With almost 29 million views on YouTube to date and being one of Laroi’s most viewed videos (partly due to the inclusion of ex-adult film star Lana Rhodes), he was able to be unique with his production and get productive results in the process. 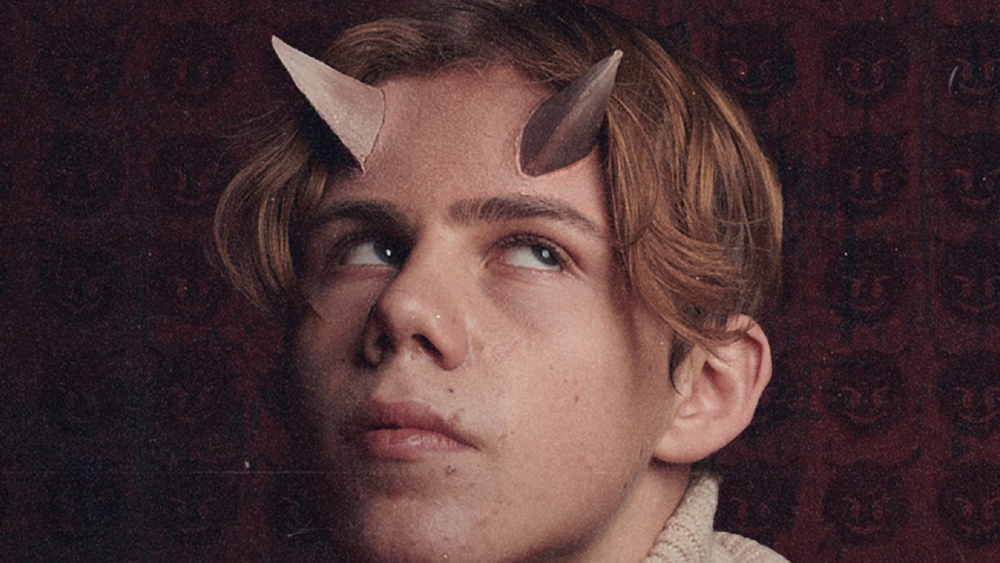 “Still to this day I think I have to do this for my country.”

In a recent interview with NME, Laroi believes that he is still shunned by US rap fans for being an outsider. He wishes to be to Australia, what Drake is to Canada; someone upcoming artists can look up to and strive to reach the mainstream just like he did. Laroi remembers his hard-knock life in Broken-Hill (Sydney); from the gang related activities to seeing people cook meth. This is why he linked up with upcoming Sydney drill group OneFour on their track ‘My City’ (a song in tribute of Sydney) in order to help build the image of a group that has been shunned by mainstream media in recent times due to their gang related past and stereotypical bad-boy image. The struggle to make it as a top tier artist is real which is why Laroi is looking to help younger artists ‘make it out of the mud.’

“I love ONEFOUR. Everybody knows ONEFOUR’s my favourite – those are my brothers.”

With young teen artists like Polo G, Jack Harlow, NLE Choppa and Lil TJay all going down the pure hip-hop and rap route; Laroi is doing his best to stand out from the saturated industry due to his versatility. Whether it’s with pop-infused tracks like ‘Wrong’ or Juice Wrld-esque, emotionally driven RnB tracks like ‘Without You’ , the Kid Laroi is at the peak of his musical prowess and exhibits a broad repertoire of talent. Only time will tell whether this boy from down under can sustain his ability and achieve greatness.