The Hit Play With Groovy Boomers on the Dancefloor.

If you enjoy travelling, a Grandma DJ, sick beats, funny jokes and impressive scripted poetry then M.Rock is for you.

ATYP’s season of M.Rock is a revival of the show that premiered in 2014, with Valerie Bader continuing to play the starring role, Mabel. The play is inspired by Ruth Flowers, known as Mamy Rock, a British DJ, who was still working at the age of 74.

Australian playwright Lachlan Philpott’s clever poetic script brings to light the story of Mabel and her 18-year-old granddaughter Tracey, played by Milena Barraclough Nesic, who are both navigating challenges at their different stages of life. Tracey is escaping Australia and is experiencing a gap year overseas, travelling across the globe.

M.Rock takes the audience on a journey from Bankstown to Africa and Berlin when Mabel goes to find Tracey after she does not return from her gap year. Along the way, Mabel finds her ambitious spirit when she pursues DJing for thousands of people at a Berlin Nightclub.

M.Rock uses five cast members who play different characters in the performance. The story is narrated by those characters and employs props and small items to represent different characters. This is an efficient use of five ensemble members rather than having a larger audience to portray the same message. Their actor's ability to play numerous roles throughout the performance is to be commended and includes ‘Hank’ the DJ played by Darius Williams, who also plays ‘Lucky’ the African taxi driver.

The set is industrial and highly adaptable to accommodate the many settings of the play’s action. For example, two sets of stairs were changed from a car to a dinner table which was extremely effective and an impressive choice from the director, Fraser Corfield, who worked with the production manager, Martin Kinnane to come up with such solutions.

The show was simply entertaining, but the simplicity of this belied the message of the story which was largely hidden and then rushed in the latter part of the play. The message that the elderly can still live bold lives was not strongly presented enough. The character of Mabel as she was written and performed, made it seem easy to DJ and travel as an elderly woman. 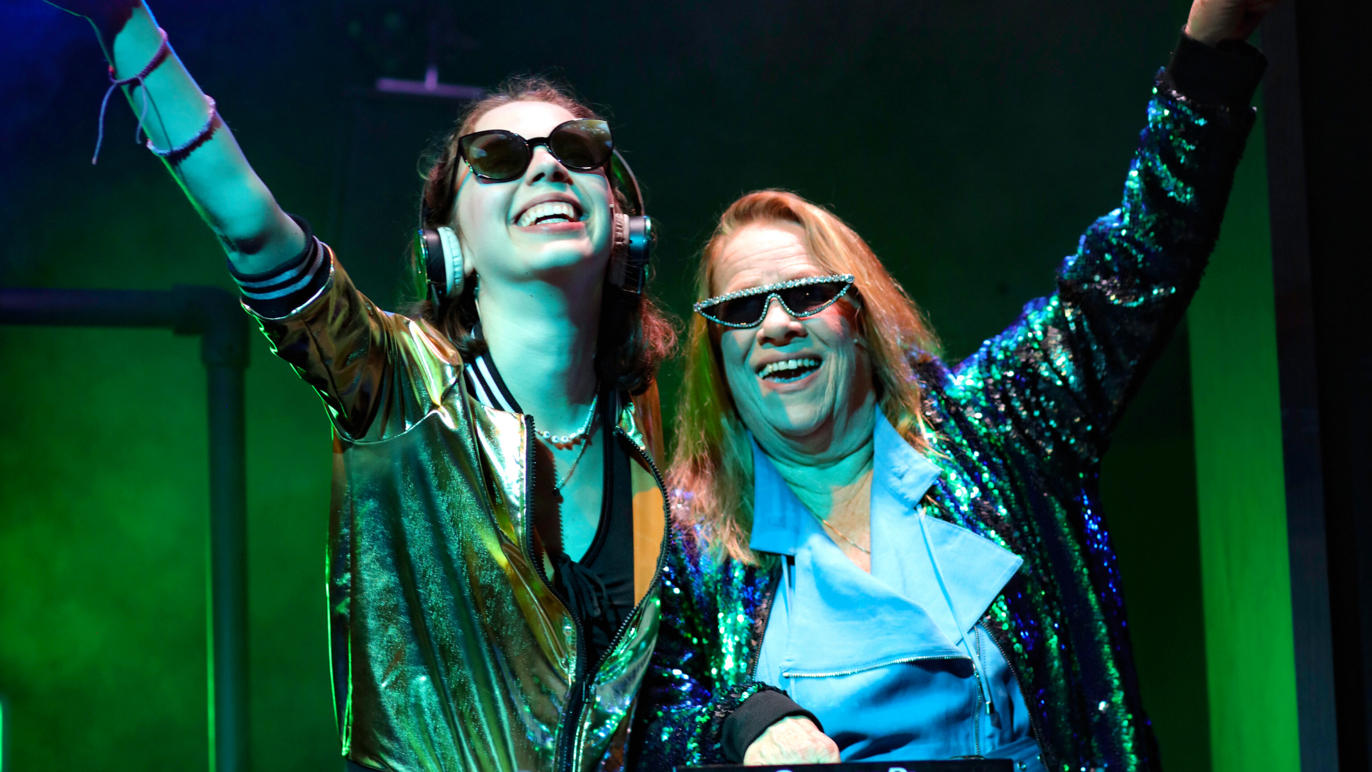 It was disappointing that the resident DJ, Venus Guy Trap who DJs during the whole play was not performing and small parts were pre-recorded. I think if Venus Guy Trap had been present the show’s energy would have been heightened. The changeability of music being on and then off during the show was simply distracting and unnecessary, it should have formed more of a backdrop to the action.

Despite these drawbacks, M.Rock is a delightful and light-hearted play that is an easy watch for all ages, particularly those older but are young at heart. Its incorporation of both comedy and music will entertain any audience.