'THE RESISTANCE' (2020) IS DISJOINTED, CONFUSING, AND UNDERWHELMING

FAIR WARNING: This review contains spoilers, although since the film is a biopic based on history, ‘spoil’ may be a relative term.

As a lover of films based on true stories (as well as history in general), I really wanted to like this movie. The plot itself seems enticing. Biopics usually are at least vaguely interesting, being that the main attraction is the fact that a real person actually did whatever cool thing the film shows. After all, no one would make a biopic about someone if there wasn’t something special about them.

Directed by Jonathan Jakubowicz, a Venezuelan of Polish-Jewish descent, this World War II drama promises to show an incredulous tale of survival - one filled perhaps with some rage and horror, although ultimately a tale of hope. But much as I, like many others, left Avengers: Endgame last year after long awaiting the culmination of a decade’s investment in Marvel movies, after going in with high hopes my first reaction when I watched Resistance was one of utter conflict. My love for the subject matter paired with my despair at the actualisation of the plot on screen, left me unable to decide if I loved or hated the film.

Resistance basically follows the story of how a young Marcel Marceau, French actor and mime, born Marcel Mangel of Polish-Jewish origins (played by Jesse Eisenberg), helped to save orphaned Jewish children in Nazi-occupied France. However, before we even meet Marceau, the film opens in Munich, Nazi Germany, 1938, with a subplot about a young Jewish girl named Elsbeth (played by Bella Ramsey, a familiar face for Game of Thrones fans) who is almost immediately orphaned. We then cut to one of the redundant scenes that bracket the film, showing General George Patton (played by Ed Harris) in Nuremberg at the end of the war addressing his troops, because apparently Marceau also became a liaison for the Americans towards the end of the war. But since we don’t find out this titbit until the very end of the film, this scene just adds to how disjointed the plot is. An utterly confusing opening, considering we thought we would be watching a film all about the great Marcel Marceau’s heroic acts to save orphans.

After a full five minutes (which, admittedly is not that long), we jump back to 1938, this time in Strasbourg, France, where finally meet Marceau… in a cabaret club seemingly mocking Hitler, although as he explains – in Eisenberg’s terrible fake accent – to his disapproving father, a practical Jewish butcher, it was actually a Charlie Chaplin moustache that he had on. To be fair, I’m not a fan of Jesse Eisenberg even on a good day, but his portrayal of Marcel Marceau is a woefully miscast disaster that does more to reaffirm my dislike of mimes and undermine what would otherwise probably have been a decent film. Even so, ignoring Eisenberg’s performance, Marceau is not a compelling character. It is probably a good thing that Marceau isn’t blindly portrayed as a saint, after all, real people are flawed. And he does get it together a bit, over the course of the film. For instance, Marceau uses his miming skills to help entertain and organise the orphans who he decides to help because the girl he likes, is part of the rescue effort.

Emma, Marceau’s love interest, is played by Clémence Poésy – a familiar face from Harry Potter – who does actually have a French accent; but the pathetic half-hearted romance that is sprinkled over the plot does the actress a great disservice. Somewhere in the middle of the film, Marceau and his brother, as well as Emma and her sister, join the French resistance. We learn of Marceau’s skills in forgery as he changes his name from Mangel to Marceau, and helps to forge passports for British soldiers who have come to help the resistance and Jewish orphans like the little girl Elsbeth who returns to the story for a little bit as we see her hidden away in a church. Then, tragic setbacks as part of the resistance is captured and killed, make Marceau realise that saving the children is more important than attempting to kill a few Nazis. It is in one of these jarring scenes of capture where Emma meets the ruthless and sadistic Gestapo chief, Klaus Barbie (played brilliantly by Matthias Schweighöfer), and where Poésy gets a chance to shine, if only for a few minutes. As we slip again into another subplot that shows a softer side to the wickedly violent Barbie, as he fawns over his newborn daughter and attempts to protect his wife from the knowledge that he is the kind of person who would (and does) torture a priest, the movie loses direction again for a little while.

Getting towards the crux of the story, where what is perhaps one of the most significant of Marceau’s contributions comes to light (as he puts himself at risk taking a group of Jewish orphans through the Alps to the safety of Switzerland) we finally see the significance of Barbie as he and his men chase after and shoot at the fleeing group. From there the film wraps up in a fairly typical manner for a biopic, ending on a hopeful note and giving us lots of information about what actually happened to the real people after this point.

In sum, the movie isn’t too bad – the quality of filming is great, the settings are well done, and the score adds a lot in terms of evoking audience emotion. But it is also disjointed in its narrative arc and in the way characters connect to one another; with subplots that do more to confuse than supplement the story; seeming somewhat dated in the perfunctory romance that is thrown in because the audiences would probably expect a love interest; and at times appearing to be almost a parody of characters like Marceau and Barbie. For the story itself, Resistance may be worth a watch, but that said, this is not a film I would be racing to see again any time soon. 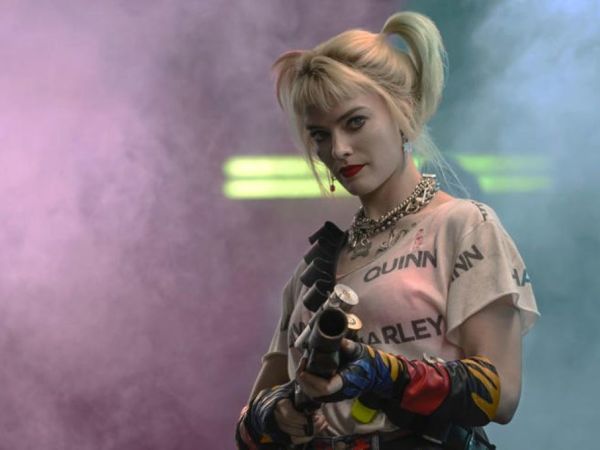 'Birds of Prey' is an Ode to Female Authorship and Solidarity

Jo takes us through the female-led spin off to 'Suicide Squad', 'Birds of Prey'. 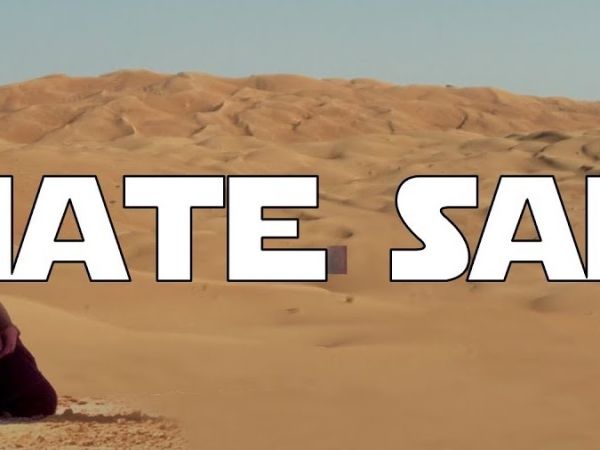 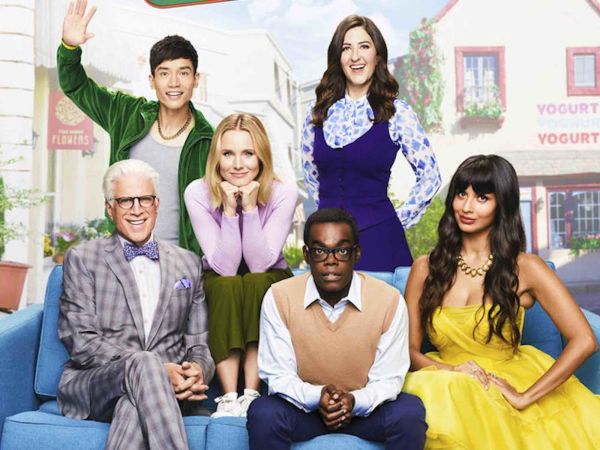 'The Good Place' - A Good Binge with an Even Greater Story

Michael Schur, creator of shows like Brooklyn Nine Nine, the Office, and Parks and Rec, shook the sit-com world four years ago when he introduced a new hit: The Good Place. Liam takes us on a spoiler-free tour about what makes this show work.