I sat down with Amira, Salma, Tasnia, Nausheen, Aisha, and Eeman, all new members of UNSW Muslim Students' Association (MSA). We had a discussion about its origins, events, some issues Islamic students are facing in Australia and at UNSW.

UNSWMSA is an organisation comprised of Muslim students on campus who seek to organise events, materials, and discussion for Muslims and non-Muslims alike. It seeks to enance the knowledge of Islam present in the campus community as well as providing an outlet for activities and events that discuss general and current issues related to Islam and Muslims. 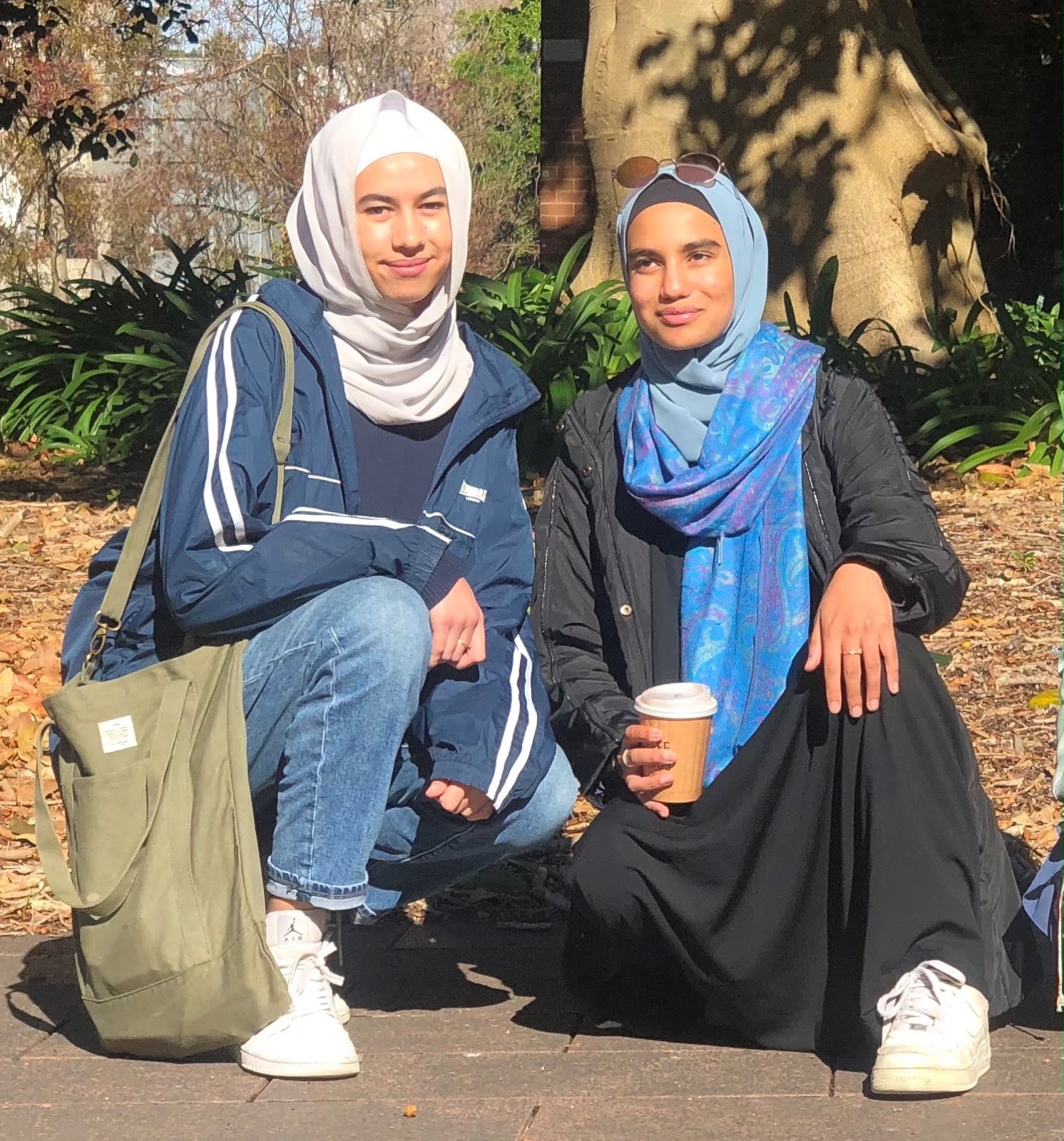 A Place of Refuge

For Aisha Duncan the MSA is a place of refuge. “As Muslims, we do not drink alcohol, we do not have that party lifestyle. . . [The MSA] is a way to have fun but in a more modest way.” Aisha explains that the society engenders a sense of solidarity and inclusivity, “whenever we see other girls in hijabs, we feel like we're going through the same thing.”

Through this solidarity Aisha feels like she is able to break misconceptions about Islam, “I am not oppressed. No one is forcing me to do it. I am proud...we are proud of our culture and our society. That actually this [pointing to her Hijab] is our liberation, this is our flag and we’re proud about our religion, and it does not matter what religion or what race you look like, you have a right in any profession you want to be in". For Aisha this sentiment creates strong bonds, “even after University we will have these connections and these friendships because of the MSA events and because we are united by our faith.”

The MSA volunteers I talked to had heard of MSA before joining. Amira Rahman, a first year Psychological Science student, and Nausheen Ahmed, studying Computer Science came looking for the MSA during O-Week because they’d already heard about the MSA through their community.

“We've always heard about them. MSA is massive; even in high school. So, there is a real community - a very strong sense of community,” Amira said.

Aisha’s parents migrated to Australia from Pakistan and the USA. Salma is of Algerian descent. Emaan's parents were both born in Pakistan, and Amira and Tasnia's parents are from Bangladesh. Despite their origins, they have pushed their differences aside and come together through a connection in their shared faith. This strong sense of community was especially visible with the COVID-19 pandemic and its effect on Eid, the largest celebration on the Islamic calendar.

Amira explains how “most do not celebrate Eid with their actual family. 50% of us do not have family here so the Muslim community has sort of become our family.”

We went on to discuss how COVID-19 has impacted their last two years of Ramadans. For Amira, “Ramadan comes with a sense of building connections - seeing new faces whether that is at the local mosque or whether that is at Iftars or MSA events, but because of COVID-19 that has definitely not been the case.” 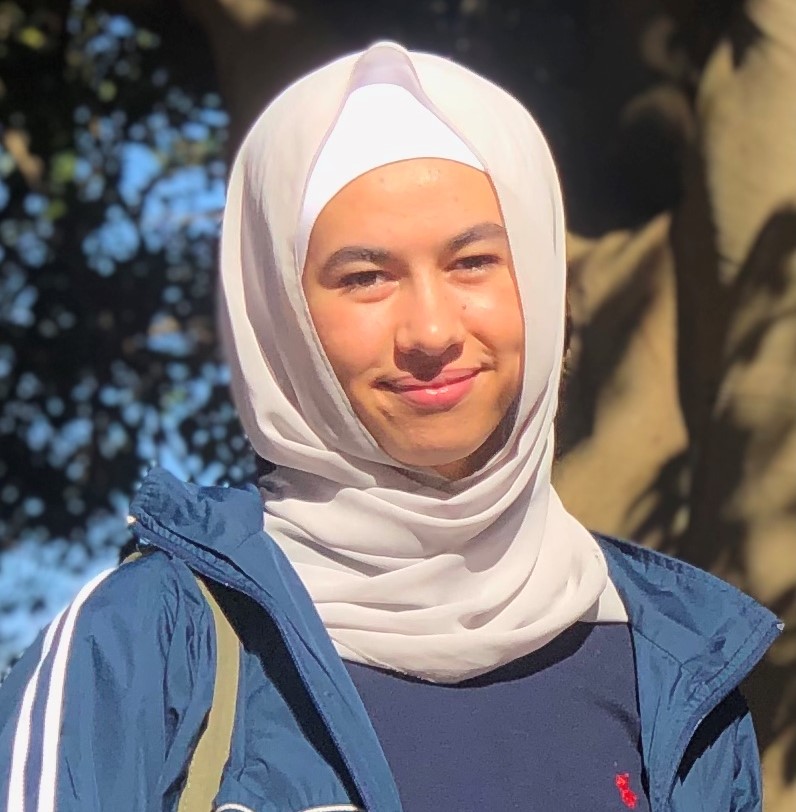 Salma, one of the members of the MSA we spoke with

At the moment, girls who wear the hijab have to adjust their attire in the bathroom at UNSW, which is an undesirable experience for some.

“It is our dream to have our own place, if you look at the University of Sydney and other universities they actually provide a place for Muslims to come and go. We do have a musalla however what we want is something a bit more than that".

Aisha's mother says this is a reflection of Australia right now; “Australia is multicultural but they do not want to show it.”. For Eeman, it's also partly due to the community,“Muslims do not want to go into politics or an environment that is not really accepting”. Amira recalls how on her first day at UNSW, she felt that she stood out because of what she wore. But such obstacles are not enough to stop her from wanting to go to class. Amira explains how she ignores the obstacles ahead, even if she is the only Muslim in her class she will “still go for it.” 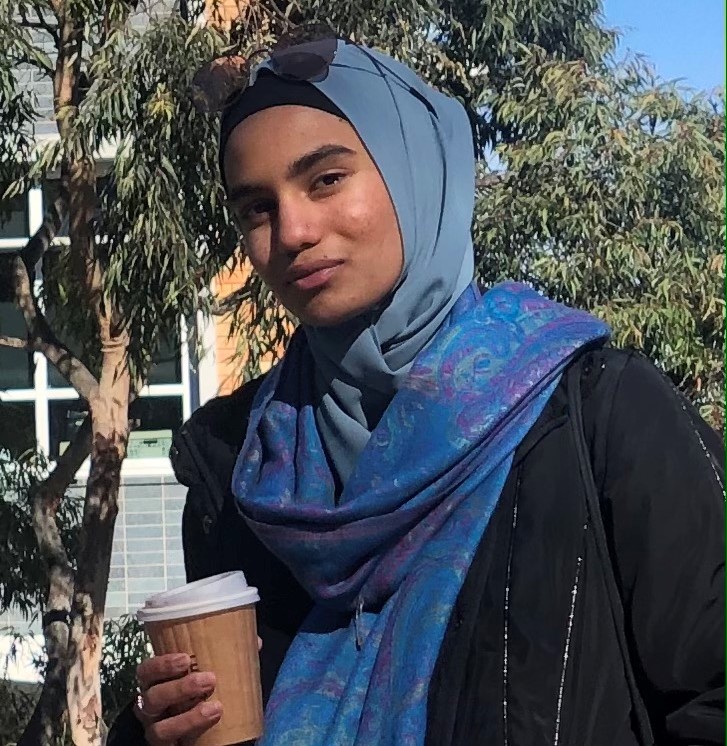 Amira, clinging to her cup of coffee for dear life

MSA holds events which attract up to 200 people. They're are held once or twice a term, and often are debtates, usually on political topics.

Aisha explains: “We were actually thinking of doing one on the Uighurs concentration camp but that in the past debates have been really about kind off misconception about whether we believe in science or does science refute Islam. But we also have interfaith dialogues as we do not want to cause a division, because it will cause more problems than it will solve.”

They also hold BBQs on the library lawn. The girls tell me how at the last event Amira painted henna on people's hands. She personally likes the more intimate events like game nights, trivia nights, and events like this Coffee&Co which occur once a week. While Coffee&Co’s are for the girls, the boys hold football and pizza events and Iman explains how they are thinking of doing some social active events for the girls in the future as well, such as basketball. UNSW MSA along with other MSA societies from other universities also hold Iftar, which, according to Amira holds about 200 people.

Writer's Bio: Carla Fischer, is in her third year of Politics and International Relations. She spends most of her time finding patterns, and collecting information to find reason in her curiosity. This has evolved to writing in the hopes that her stories impact the readers. She enjoys spending time with the people, and living through the adventure that comes along the way.