Have you been charged with a crime?

It’s a question we get a lot, and given the consequences of a criminal conviction, we understand why.

A conviction may prevent travel to some countries (both USA and Canada ask for criminal convictions disclosures) and can limit prospective employment (jobs in government, health, law or childcare will require a police check). However, contrary to what you might read on the internet, section 10 dismissals don’t come in a cornflakes box.

The Crimes (Sentencing Procedure) Act 1999 states that a court can find a person guilty of committing an offence, but not record a conviction. This means that the it will not show up in a criminal records check and you do not have to disclose the fact to employers or licencing bodies. It can also come with conditions, such as an undertaking not commit any further offences.

Generally, the Court will have to be satisfied that: 1. The crime committed is trivial; 2. You are a person of good character; 3. There were extenuating circumstances surrounding the crime; 4. A conviction will have a disproportionately negative effect on the rest of your life

The word “trivial” isn’t defined but would likely apply to those crimes which involve little or no risk to the community, e.g. minor public order defences. A Section 10 is unlikely to apply for serious crimes, and some statutory provisions make it unavailable for some very serious driving offences. Although not specifically excluded by the law, serial offenders rarely get a second go with a section 10 (as this goes to character).

If you are thinking about asking the court for a section 10 be prepared to offer up characters references and explain why a conviction is not appropriate in your circumstances (maybe you’re hoping to go on foreign exchange during your degree or a clean criminal record is a professional requirement for your future career).

Some private lawyers charge a lot for promises about section 10 dismissals. If you have been charged with a crime, please get advice at Arc Legal & Advocacy first. Our very experienced lawyer can give practical advice and assess your situation without charging $300 an hour.

Think a section 10 dismissal is a magic wand?

There are some mistakes a section 10 dismissal can’t erase.

If you're the victim of a crime...

You have the right to feel safe.

You should not be subjected to:

If you feel threatened by anyone, seek help!

What can I do if I feel unsafe or threatened?

UNSW Security Services provide a free escort service which is available to students,7 days a week, all year round.

UNSW Security service staff can escort you from your class to nearby car parks, bus stops, taxi ranks and some limited locations around the UNSW Kensington Campus.

You can request an escort from:

You can also use the Security Shuttle Bus Service which operates weeknights between 7pm and 11.30pm on weeknights (during session). The shuttle route covers Kensington Campus (car parks, colleges, libraries, State Transit bus interchanges) and Randwick Campus. There are seven bus stops on campus and five bus stops off campus.

For more information, have a look at the securities service's website here.

Security Services should ALWAYS be your FIRST contact point for ANY incident or emergency on campus. Contact them on 9385 6666 or report an incident here.

Consider getting an AVO

What is an AVO? An Apprehended Violence Order (AVO) is an order made by a court to protect people from violence by restricting certain behaviour. You do not have to have experienced physical violence; the fear of violence is enough to apply for an AVO. An AVO will usually state that the person named in the AVO cannot "assault, threaten, harass, molest or stalk" you. You can ask that special conditions be attached to the AVO, for example, that the other person does not come within a certain distance of you, or stays away from your family. AVO's can also protect your property.

There are 2 types of AVOs:

How do I apply for an AVO? Do I need a lawyer?

You should not let the fact that you don't have a lawyer stop you from protecting yourself. You do not need to have legal representation to get an AVO.

Police can take out an AVO on your behalf if they are called to intervene in a situation, or you visit a police station with a complaint against someone.

If you do not want to involve the Police, you can apply for an AVO in person at your Local Court by speaking to a Chamber Magistrate.

While you do not have to be represented by a lawyer to take out an AVO, you should always get legal advice. If you feel threatened or afraid of someone on campus or off, Arc Student Support can help you apply for an AVO or just answer your questions.

What does getting an AVO mean? Will the other person be arrested?

Taking out an AVO against someone will mean they will have to comply with the terms listed in the AVO.

If the other person breaches any of the conditions listed in the AVO, you should call the police as it is a criminal offence.

Have you been the victim of a violent crime?

If you are the victim of a violent crime, you may be eligible for:

You may be eligible for financial support if:

A claim for financial support must be made within 2 years of the act of violence occurring.

Where can I get help?

There are a number of places you can contact including;

The Victims Access Line which provides support, and referrals for counselling (9am - 5pm Monday to Friday).

If you are a UNSW student and Arc member we can give you free legal advice. Send us an email or contact Arc Reception to book an appointment with us.

Issues with the police

Students often contact our Legal and Advocacy department looking for advice or representation following an altercation with the police.

Sometimes it's related to drugs at a festival, sometimes it's about a bouncer at a nightclub. Whatever the situation you find yourself in, we will ALWAYS do our best to help you.

When can police search you?

If the police do not have the legal right to search you (e.g. they ask to search your bag without any reasonable grounds of belief, and you refuse, but then they demand, saying that your refusal counts as 'reasonable grounds'), then anything found in the search will NOT be valid evidence in any case against you.

What do I have to tell police?

Police officers can demand the identity of people who they believe on 'reasonable grounds' to be involved in an offense, to be someone who has information relating to an offense, an AVO suspect or a driver, or someone given a 'move on' order. If you're required to give the police your identity, all you need to tell them is your name and address, but you must be able to provide proof. While giving a fake name might seem funny, it can be punished by up to a $5000 fine.

If you are arrested, you still only have to give police your identity. To use a cliche, anything else you say can and will be used against you, so your best bet is to say nothing until you've received legal advice.

What can police do if I haven't done anything illegal?

Even if you haven't done anything which you can be arrested or penalised for, police officers hold "move on powers" to maintain order.

A police officer can request that you leave an area if you are intoxicated, or if they believe that you are selling drugs or causing harassment or intimidation. Whether you are or aren't is irrelevant, as long as the police have reasonable grounds for their belief.

If you are asked to move on, check whether the officer is using their move on power, or simply asking you to go.

What if I think a police officer has acted illegally?

Ask for the identification number of any police officer who you think is acting illegally. Keep a record as best you can of the circumstances surrounding the actions, as it may be needed later in court.

If you want to make a complaint about police

The NSW Ombudsman has the authority to deal with complaints against the police. You can also contact the Local Area Commander or the Police Commissioner about a police complaint. For minor issues involving individual officers it may be better to contact the station where the officers are based.

A rule of thumb is that if you don't have anything to hide or worry about, there is no reason not to cooperate with the police.

How do drug laws work?

The three common offences faced by students are possession, use, and supply.

Possession is proved if an illegal drug was in your control, AND if you knew that they were there. If your mate leaves something in your house and you knew it was there but laid no claim to them, it's not necessarily in your control. What this means is that if drugs are found in a share house or similarly public place and no one claims them (or claims they're someone elses), a possession conviction is unlikely.

Supply is a much more serious offence than either possession or use, with serious penalties. Even if you aren't caught actually supplying, possession of more than the traffickable quantity (eg, 300g of cannabis, 15 pills of ecstasy) is considered supply unless you can show it was just for you.

For further information, look up the Drug Misuse and Trafficking Act 1985 (NSW).

The laws regarding police powers are contained in the Law Enforcement (Powers and Responsibilities) Act 2002 (NSW).

Steroids are controlled by the Poisons and Therapeutic Goods Act 1996 (NSW).

Caught out? Need to go to court? Legal representation is available to Arc members who have paid a subsidised service fee of $29 a year.

If you are a UNSW student and Arc member we can give you free legal advice. Send us an email or book an appointment with us here. 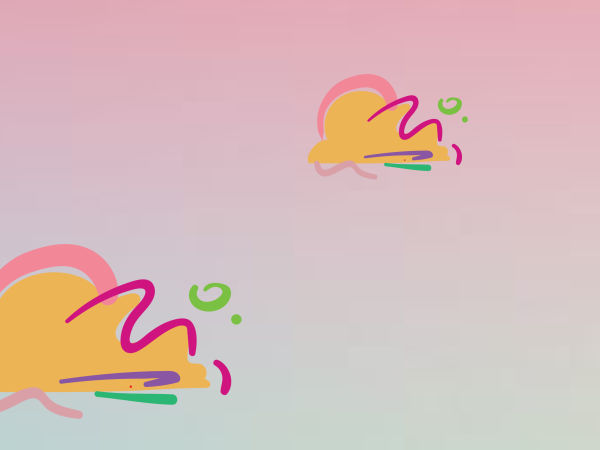