A few days before I arrived in Taiwan, students around Australia were ditching class to protest the Government’s inaction on climate change. 1.

How moving it was to see (via my phone screen) so many young people strike and take action, and what a jolt it felt like - a reminder to keep putting pressure on the government, on our communities, and on ourselves.

Cut to - a noisy room, but in the best way possible, full of passionate, knowledgeable, and urgent voices. It’s the 2018 Taipei Biennale, I’d been at the gallery for a half-hour or so, slightly unenthused, that was until my attention pivoted as I came across ‘Our Island - Documentary of Environmental Change in Taiwan, 1980 - 2018’. The room was filled with multiple film screenings of what started as a weekly television program in 1998 to document environmental issues. The collection is invaluable, and acts as a visual database, disseminating knowledge, conversations, and documentation on local ecology of the island, Taiwanese land reclamation, nuclear power and energy production, forest, coral reef and wildlife conservation, coastal and mountainside development, and environmental movements.

The room was tightly packed with visitors who spent a long time at each screen, actively listening and engaging. It was warming to witness, especially when we live in a world where protest and disruptive speech is so routinely dismissed. ‘Why after four decades of shouting are the Taiwanese still fighting for clean air?’ said one speaker at the end of a program on Taiwanese air pollution. My mind pivoted back to the Australian PM telling the students at the School Strike 4 Climate Action to be ‘less activist’. 2.

The 2018 Taipei Biennale considered itself like a self-sustaining, interacting ecosystem rather than your typical gallery exhibition. As the title ‘Post-Nature: Museum as an ecosystem’ suggests, the curators, Mali Wu and Francesco Manacorda, took ‘nature’ as the main impetus to re-think the museum’s architectural boundaries and shed light on a broader more pressing concern - the wellbeing of the planet. 3.

To both my surprise and disappointment, ‘Post-Nature’ presented many artworks that expressed a kind of dull symbolism and juxtaposition of the natural and the digital, or a fairly common rhetoric of (hu)man versus nature. The artwork that greets visitors at the entry is Henrik Håkansson’s ‘Inverted Tree (Reflected)’ (2018); which is essentially composed of a large mirror on the floor, with a local tree suspended above it, upside-down (visitors are able to walk across the mirror in their socks, to experience the work). Maybe after four years at art school there seems something rather cliche to me in an artwork that uses both a tree and a mirror to ‘appropriate the Duchampian concept of transferring non-art into art space’. This common juxtaposition of human/nature felt like it was side-stepped away from thinking through climate change in more complex ways. It left little room for critique, or accountability, or even merely conversation.

Whereas ‘Ketagalan Boulevard Arena’ (2018), the Indigenous Justice Classroom’s powerful contribution to the Biennale, just around the corner from Håkansson’s tree, was a powerful extension of protest. It followed the collective’s ‘Indigenous Ketagalan Boulevard protest’ in 2017, a response to Taiwan’s new ‘Regulations for Demarcating Indigenous Traditional Territories’ which enable further exploitation of indigenous territories by big corporations, hindering the development of indigenous culture and damaging the environment. The protestors set up camps in front of the Presidential Palace, which were later destroyed, and the protesters evicted and relocated. For the Biennale, the Collective have exhibited tents from the protest camps, and a documentary film detailing the movements and voices of Indigenous peoples in Taiwan in recent time. It was confined to a passageway, but it took up space. It was intimate, and it was acute, and it hoped to offer insight and generate awareness of Ketagalan activity.

To me, much of the success of this Biennale was in these expansions into other disciplines, inviting input from creative and community-based practitioners, from architects and film-makers, to non-profit organizations (NGOs) and social activists. But most of these works were neatly packaged into what the curators called the ‘EcoLab’, what sounded promising was soon disappointing when I saw that many works appeared not to have been given the breadth and attention they deserved.

Cut to - hiking up the short but steep trail up Mount Qixing. Each step I took with a nagging sense of regret, I was already exhausted before I begun, and my thighs already aching. But it didn’t stop me from revisiting the Biennale on my way back into the city that afternoon. My legs had a slight shake as I came across the EcoLab’s ‘Taiwan Thousand Miles Trail Association’ and their manifesto - ‘cherish every trail, its history, narratives, inhabitants’. What felt like a poke at my lingering resentment for the mountain’s harsh incline, actually attuned me to try to think more thoroughly about the trails I was walking. While The Association’s wall text reminded visitors that ‘trails reflect changes in time and space’, they also made the point to reveal how in many cases trails embodied histories are masked by state-led construction works, usually destroying the natural environment. With joy I began to read the differing Eco-Craft Tradition Trail Construction Methods, until each small paragraph stopped. I was left with only short vague descriptions of each trail construction action, alongside tiny a6 photographs, and the feeling of being slightly confused more than informed.

Similarly, the Keelung River Guardian Union- a loose collective of different movements that aim to protect the river by keeping it ‘Active, Beautiful, and Clean’ - were only given a paragraph description, and tiny photographs. A few days earlier I had seen a small portion of the Keelung River in Shifen, and how fundamental it is to communities and eco-life. I would have loved to know more about Tsao-Shan ECHA, a group of local women who are working to protect the Shilin, Tianmu and Yangmingshan areas, with a particular focus on monitoring government water conservation policies, and unsuitable developments in these areas. 4.

In the same small room was ‘Open Green’, a collective focused on urban regeneration efforts in Taipei through community participation, initiatives such as green corridors, accessible ramps, pocket gardens, and restoring forests. Again the group wasn’t given much room to show itself, and many visitors didn’t seem to spend much time in the room, and its underwhelming atmosphere. While ‘Open Green’ did have a few copies of their information book, the space was uninviting to stand simply and read for longer than a few short minutes.

It was hard to understand why such a fantastic array of groups were invited to be part of the Biennale but not supported to the extent that would do them justice. I doubt these groups purposely chose to withhold offering more information, images, and narratives about what they each do, as many offered website links to find out more, or Open Green’s information book. So guessing this was some kind of curatorial decision to present the Ecolabs this way, it makes me wonder about the unwillingness to give them the more space and adequate presentation. I wondered whether this inclusion was tokenistic? A simple way to make the museum look ‘responsible’? Or were the curators hesitant to overload the space with too much text and documentation? Or maybe it was because it seemed too unfamiliar to vacate museum space to showcase “non-art”. Was it too big a step away from ‘art’, so therefore shouldn’t take up too much room in a Museum? And lastly, was it just a coincidence that Zheng Bo’s ’Pteridophilia’ exploring an eco-sexual, eco-queer potential was basically hidden away in the very furthest corner of the Museum’s basement where not as many visitors seemed to find their way to? 5.

The curators do point out in their statement the shortcomings of biennales - that they develop quickly, are temporary, and are limited in their reach. But then goes on to say that opposingly a museum develops slowly, and responds carefully to its environment, and preserves its own longevity. To me, this reads uncomfortably too close to a compliment, that is, to say that a museum responds carefully to its environment, when Museums have never been neutral spaces6., and are particularly resistant to change.

Contrary to the more aesthetic orientated works such as Håkansson’s tree, the collectives, associations, and NGO’s offered more politically-charged, critical contributions to thinking through the museum as an ecosystem, and about humans’ relationships to nature. These works felt like fissures, which felt like protests, like fractures forming in the resistant, impervious ecosystems of the arts and the museum.

2. Not that I would have expected much else

4. I was able to read more (in translation) here 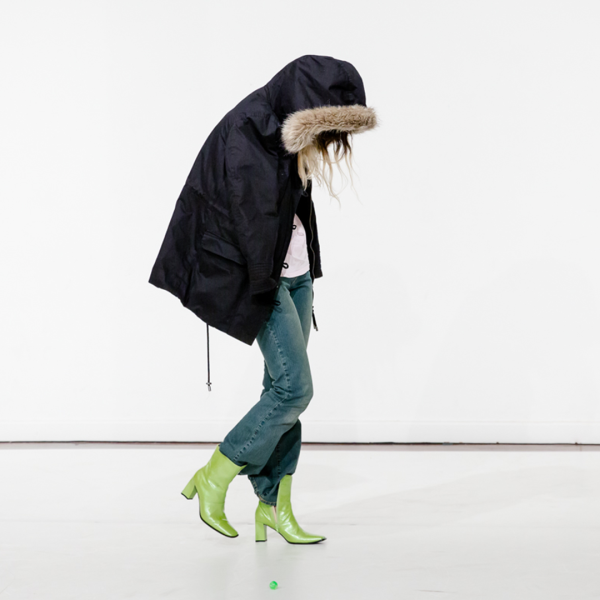 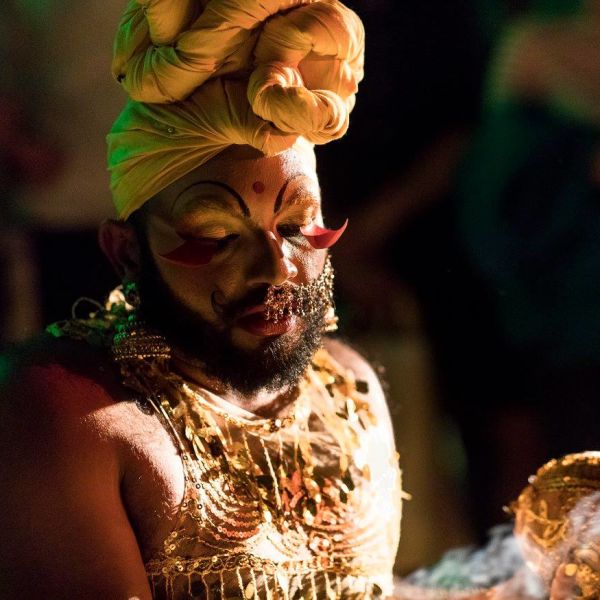 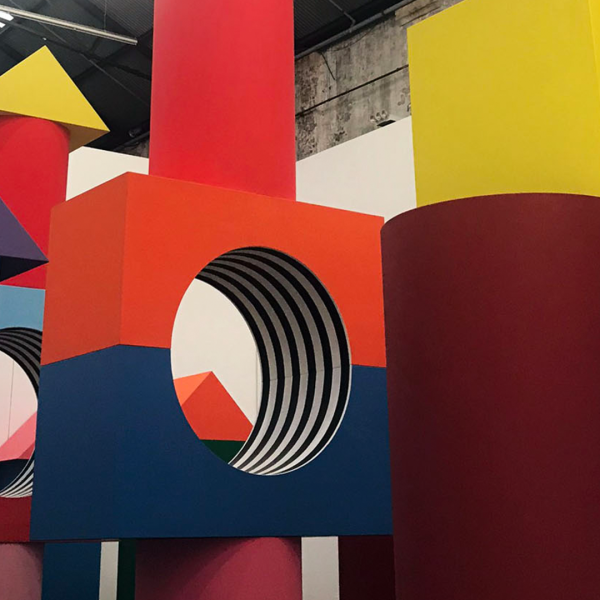