Lex, aka Lexy Halpin, moved from Newcastle to Sydney three years ago. After discovering uni wasn’t for her, she turned her attention to making her mark on the Sydney music scene and quickly established herself as a hard-working music connoisseur. Some of her highlights from this year include signing to record label UNDR Ctrl, jumping on tour with Confidence Man, playing Splendour in the Grass, and hosting the MixMag Miller Amplified shows at Oxford Art Factory. We had a chat with her in anticipation of her set at Jam in a Jar, the student-organised music festival taking over UNSW Roundhouse this Thursday in support of headspace.

How did you get into DJing and what do you enjoy about it?

The culture of DJing in Newcastle is very centred around clubs and hardstyle and stuff like that. Like Just a Gent, that kind of vibe. So coming to Sydney I realised that DJing is something a bit more about curation of a space, yknow? People would play French disco and that was totally accepted as a dancefloor banger. When I realised that, I was like “DJing looks really cool, that’s something you can do”, and then my boyfriend taught me how to DJ and I took some of his gigs. I just kept playing, mainly party sets - throwback RnB and things like that.

What’s your creative process when you create a mix or a set?

All of my playlists on Rekordbox, the program I use for DJing, they’re all based around venues as opposed to genres. For example, one of my first few playlists was called Forresters for when I played The Forresters, and it was pub rock and a few funk songs. Goros, that's top forty but less commercial and then The Sheaf is very commercial. I only tend to do mixes that I would personally listen to - more to suit my brand than what I would most commonly play. My most common sets these days tend to be pub hotels gigs, but I’d never make a mix of me playing Michael Jackson into Jamiroquai into Hot Chip. I make my mixes based on who I want people to hear. I include classic techno and stuff like that, even though I might only play one of those gigs a year.

You’re playing Jam in a Jar at The Roundhouse this week. Mental health is a huge issue, particularly in the music industry. How do you think the industry should address it, and how do you deal with it personally?

In this day and age it’d be pretty hard to find someone that doesn’t deal with anxiety or depression or similar. I get little anxiety periods and the way I tend to deal with that is to just go out and do my work. Because my work can be very distracting from my own life, it’s a good quick escape.

Within the music industry, I think it’s more acceptable to talk about it, especially through music. You have the platform and you can really use that. Especially for guys who might find it hard to talk about their feelings, music definitely facilitates talking about it all.

Why do you think things like Jam in a Jar are so important?

I don’t want to say ‘cool’, but by having really notable artists like Client Liaison and Oh Boy actively support mental health as a really cool thing, it gets everyone in the mindset that it’s a really good thing to talk about. It makes it more comfortable because you’re like “if these people are talking about it, therefore I can talk about it and that’s totally fine”. I think it’s one of the best reasons for it to run.

With Jam in a Jar, it’s great they’re making a really big fun night of it where everyone comes together, especially in college where all of your friends are there as a support network. You’re going out and having fun, but the whole thing is centred around support in a lot of a different ways. I know as well that headspace, their focus is on young people, so it really makes sense for Jam in a Jar to support headspace but also to support the people who are going there.

You’ve released one track so far, 'The Grass is Greener'. How did that come about?

The one I’ve been playing a lot more on radio and at shows I did in about three hours. I was listening to ‘Beethoven’ by The Presets and I was like “wow, they just killed that drum beat.” When I sit down in Ableton, I usually open the drum rack and try to make the most complicated and weird thing, which is fun, but it’s not sustainable for the whole song. So with this one I was like I’m going to use that [beat from 'Beethoven'], and put in like kick, snare, whatever. And I got all these other instruments and just did a weird instrumental electronic dance track, and then I finished it and that was it. I was like “oh, that was so much easier!"

A lot of the other things I’m working on are sampled, so disco or funk that I just take out a little four bar melody and pair that with either preset drums. I’ve been doing a lot of my own synths. It’s definitely a tricky process to finish because there’s always something you could change and you give it to different people and they’re like “maybe if you did this, maybe if you did that” but you just have to nut it out. I guess the process is really different for each song. With sampling you’d find the song first and then you’d find the drums that suit the song and you work backwards, whereas creating a song from scratch you’d start with the drums then work out the structure and then add in all your little melody lines and stuff.

We were talking earlier about Sydney and its music scene. What are your thoughts on the state of Sydney for a DJ at the moment, and how do you think it could improve?

I’m really jealous of people who knew Sydney before the lockouts. People have said that you could walk down Oxford St on a Friday night and you could barely walk because there were so many people. I want to experience that side of Sydney but it’s not like that anymore. But I’m more jealous of it than angry that the change is there. Sydney has a really good support network for female DJs especially. There’s a group on Facebook for female DJs, producers and artists and it’s like girls giving other girls their own gigs that they can’t make or them saying “I want to put on a disco night, who wants to do it with me?”. A lot of my earlier DJ sets were through that.

I think some of the best people that facilitate DJ sets for women in Sydney are Jacqui Cunningham who runs GiRLTHING, she takes girls at the drop of a hat who are just starting out and gives them a platform to work things out, and Alex Dugan who runs Canned Fruit on a Wednesday night in Enmore. It’s really fun, there’s no pressure, and that’s really helpful. It’s pretty tough playing at a venue that you’ve always heard is really busy and really big, and not many people rock up. On Saturday, I was playing at Ricardo’s, and the people who run it are amazing, they are very successful promoters, and the venue itself has a great history of parties, but there were about five people dancing. It was a bit stifling; what do you do?

But in saying that, there are a few parties that are doing really well. The Club Mince parties in particular, I know Ayebatonye and Jensen Interceptor played at one last month, and everyone who went said it was one of the best parties that Sydney has had in so long. I’m hoping the rise of that, people recognising what makes a good party, can create a bit of an algorithm of how to create a good party in the future. I feel like we haven’t lost all hope, but there’s definitely something that needs to be addressed.

Following on from that, do you think you have to leave Sydney to become successful in the field?

I look at someone like Andy Garvey, she’s still based in Sydney and she plays really good shows. She gets flown to Melbourne, and even when she goes overseas she gets really good gigs over there. She’s definitely someone that it doesn’t matter where she is, she’ll still get booked. The thing with Sydney is that you’re playing the same venues over and over again because there’s only so many shows, or you team up with the same promoters over and over again. If you want to improve on yourself, and meet people through music, you do have to ruffle your own feathers. But I wouldn’t say you have to move away to be successful.

Then again, in saying that, talking to Alex (aka Alison Wonderland) she’s got complaints about Sydney. When she headlined Curve Ball, there was an article that came out where the author was saying “all she did was twiddle knobs, she didn’t sing” and it’s like she’s not meant to, she’s a DJ! I was chatting to her about that and she was like "yeah, well, Sydney doesn’t really appreciate DJs as much as America does."

What are your plans up until the end of the year?

I’m announcing a spring tour, which will be my first tour so that's very exciting, and I’m playing my first hometown show in Newcastle which will be fun. Then I’m playing a few festivals like This That, Yours and Owls, and Output. I’m playing at a warehouse party…there’s just a lot of really exciting shows coming up which will be a good thing to work on. I have some songs that I’m putting out too. It’s pretty much just keep chugging along at what I’m doing without making any too drastic changes, and gearing up for next year which will hopefully be moving to America for a few months.

Where do you see yourself in 5 years?

I see myself as a combination of HAAi and Peggy Gou and the Black Madonna and Jayda G – all my favourite DJs, that's who I’m going to be in five years.

What’s your favourite track at the moment?

‘Why Go To War’ by JD Twitch (Optimo) vs William Onyeabor. It’s the perfect afro-disco flip into techno house.

What’s your favourite venue to play?

Tokyo Sing Song; best sound system, best deck set up. I played there for Communal House Collective a few weeks ago and I played with Mike Who - he’s one of the legends in the Sydney DJ world. He brought along his own mixer and it was so complicated, but so fun to play on.

Where’s your favourite place in Sydney?

If you were a planet, which planet would you be?

A BLT, but egg instead of bacon and add avocado. It’s called an ELAT, I think.

Jam in a Jar is a music festival hosted at UNSW Roundhouse on THU 6 SEP. The lineup includes Client Liaison (DJ Set), KLP, Oh Boy and Lex Deluxe. Snag a ticket here and get more info on the event here. 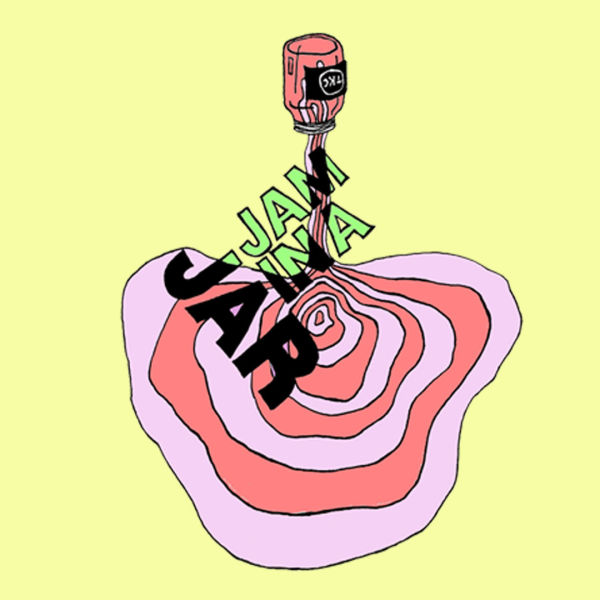 Jam in a Jar 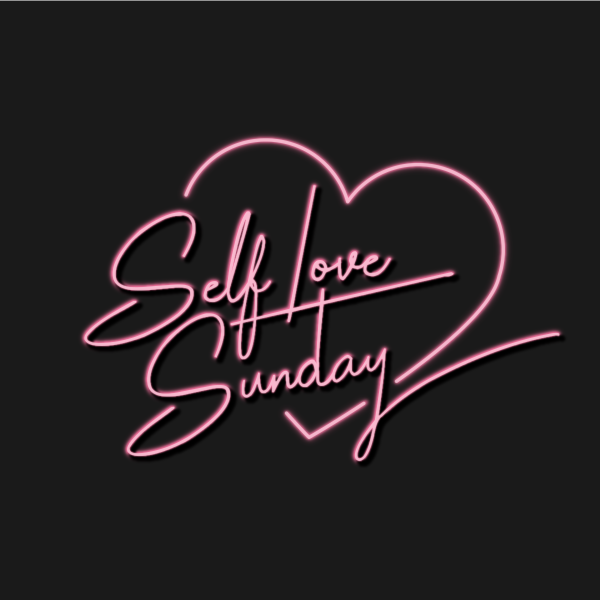 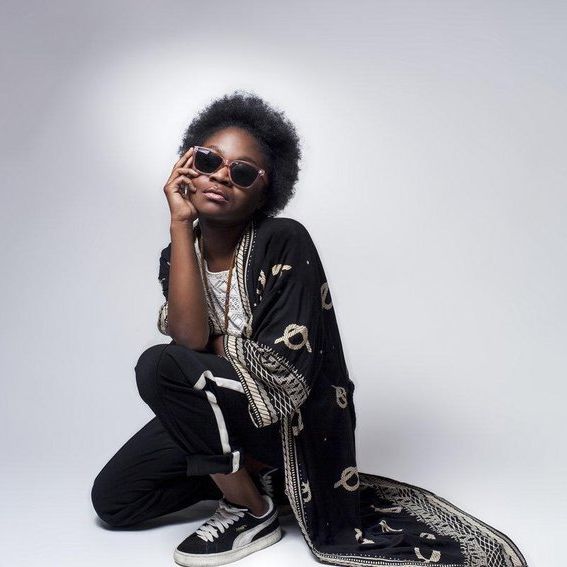 Chicks to Replace Dicks in your Spotify Playlists