Kicking back and relaxing with a good book to breeze through can be just the ticket for bleak rainy days indoors, or sunny afternoons outside.

To help you with that, here are three books so well written and gripping that they make incredibly easy reads (even for my dyslexic self), that leave you begging for more.

I honestly only picked up this book because my obsessive love of all things Marvel made me want to know more about the Norse mythology behind Thor (and Loki). And to make no bones about it, I was expecting this to be a rather dry book. But it only took a couple pages of Gaiman’s amazing storytelling skills to get me totally hooked.

As with all of Gaiman’s writing, Norse Mythology reads like a children’s bedtime story with themes for an adult audience. Not at all the usual style for tackling myths and history, but a fantastic way to present a subject matter that can risk coming off rather dull. There is something downright comforting about the tone with which Gaiman writes, which makes his books incredibly engrossing. Usually one for fantasy and fiction, Gaiman stays true to the ancient mythologies in his book – delving into the stories behind Thor, Odin’s son and the god of thunder and lightning; the mischievous and manipulative Loki, son of a giant; and more. Yet the way with which Gaiman portrays the mythos makes you wish they were fiction, so that he could just write more.

For those who have not delved into folklore and mythology before – do keep in mind that there isn’t much of a flow from one chapter to the next, and it can seem more like a disjointed collection of short stories rather than a novel. That said, this book is a great entry into the world of myths for someone who has only a cursory knowledge from books and films. If you’re looking for something slightly educational, descriptively fantastical, and compulsively readable, Norse Mythology is a perfect, short book to sail through.

Totto-chan: The Little Girl at the Window, by Tetsuko Kuroyanagi

I first read this book when I was probably about ten, but this autobiographical memoir from the ‘80s is absolutely spellbinding and definitely a book for all ages (seriously, more than a decade later and I still think it is that good).

This childhood memoir details the unconventional education Totto-chan had in Tokyo during the Second World War, after being expelled from public school. From unlikely friendships and the love that surrounds all children, the story of course moves on to a more serious tone as the realities of war start to effectuate a sort of coming-of-age type maturity.

As a memoir, it is slightly unusual in that it spans only a few years of childhood and makes no links back to Kuroyanagi’s future work as a TV personality and UNICEF Goodwill Ambassador, but this is part of the charm of the story. Perhaps the most amazing thing about this book is that it is a work of non-fiction, as the smoothly told story with well-crafted emotional build-ups and spectacular imagery makes this Kuroyanagi’s writing read like a spellbinding novel. A truly splendid book that demands to be shared around and re-read over and over.

This short fiction by McEwan is an excellent story. Even though paperback is always better (and yes, you can find this published in print), one of the great things about this tale of literary betrayal is that you can read it online or listen to McEwan himself narrate it (in a British accent, of course), as it lives in The New Yorker archives being originally published in the March 28, 2016 edition of the magazine.

For anyone who has ever tried writing, or ever even come up with an idea for something and then seen a similar execution elsewhere, this little gem is a highly relatable quick read (or listen) and is great as a short story – for me, personally, rivalled only by Jeffrey Archer’s 100-word Unique. While the emotional tale of grappling with plagiarism is itself captivating, McEwan’s ability to breathe life into such vivid and complex characters in so few words is a marvel that speaks volumes of his literary skill. In typical style of his usual novels, My Purple Scented Novel also serves as a good taster to McEwan’s writing if you’re looking for a sneak-peak before committing to one of his longer books. 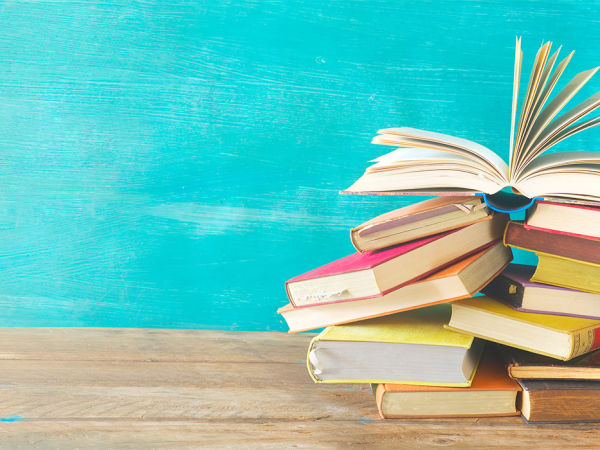