From little snippets on Instagram to fully blown leaks on Soundcloud, Lil Uzi Vert’s album Eternal Attake was considered nothing more than a myth among hip hop fans around the world.

In what seemed like an eternity since his last album Luv is Rage 2 in 2017, Uzi had hinted at the release of an almost legendary album in the works. These reports were enough to start a niche market which traded the Philly rappers’ leaks and snippets like rare memorabilia; but were these legitimate? Was this the real deal?

All of this came to a head when Lil Uzi Vert, Generation Now and Atlantic Records caught the industry off guard and dropped the album on March 6th 2020.

Eternal Attake can be seen as a ‘loose’, melancholic concept about abductions, aliens and space. The album contains 18 songs with an almost chronological storyline about "the luxury that money buys, the girls attracted to that luxury, and the heartache brought by those girls."

Here is a song by song breakdown of the main, non-deluxe album:

Coined as the rite of passage into this album, Uzi introduces the listeners to his ‘Baby Pluto’ alter ego. As per a Complex interview, Uzi wanted to change his "emo-style and give the people something to vibe to!" Therefore, with a bouncy beat, a high tempo flow and the constantly looping lyrics "Yeah, we bought the four-door, had to get ready for war," Uzi gave us a song which is bound to be played in clubs around the world. As per Uzi, it is dubbed the best track he created under this new persona and is sure to have you playing it on repeat before moving onto the rest of the project.

Many listeners questioned why a popular Chinese food order would double as a song title. Well, this was Lil Uzi’s way of paying homage to the little things in life which mattered and, in this case, this was his favorite Chinese take out meal. With lyrics like "Up, Up, Uppity" his rhyme scheme is clearly proven to be a cut above the rest of the Soundcloud rappers. One may say that he channeled his inner ‘Peyton Manning’ as he name-drops one of the greatest NFL players of all time.

Initially called ‘40 Glock’ on numerous Uzi fan pages; 'Silly Watch' is a piano driven track which bounces in eardrums. With lyrics like "She looks good, but she wears FashionNova/ took her shoppin, put her right in some Vetements," Uzi shows us that chivalry isn’t dead. However, the production on the track does not pop enough to make this track stand out unlike…

This was another trap induced track with Playboi Carti-esque adlibs drizzled on top like maple syrup on a stack of pancakes. However, despite this being a ‘hard’ song to ‘turn up to’, many of his early Soundcloud characteristics were brought out through the mumble nature of the track and the constant repetition of numerous lines. His lyricism definitely was not ‘Straight Bars’ as he tries to claim at the start of the song.

Finding the right iconic sample to create a link to the audience is every producer’s dream. Brandon Finessin who produced the track samples a pitched-up twitching effect found in the memorable Windows 97 and XP game ‘Space Cadet 3D Pinball.’

To climax, Uzi switches flows with ease and finishes off every sentence with high pitch squeals and a staccato-ish consistency which is reminiscent of Future’s adlibs in the 2018 track ‘King’s dead.

Lil Uzi Vert is known to be an extremely avid sports fan and name-dropping sports stars all over his album. In a similar fashion to ‘Lo Mein’ he sprinkles the name of former NFL running back T.J Duckett and brings up the controversial trade which forced NBA star Anthony Davies to the LA Lakers in 2019. 'Homecoming' is like the all-star game we never needed. This song also serves as a transition away from the Baby Pluto persona. However, after a few listens of this track; it sounded like a rip-off of Future’s ‘DS2.’

From the mind of one of Chicago’s greatest; Chief Keef’s alias ‘Turbo’ produces a hypnotizing beat and has Lil Uzi Vert rapping about heartache and brands few can afford. Chief Keef utilises a number of drum patterns with a ‘Flockaveli-era Lux Luger beat’ from the early 2000s. In my opinion, this sounded like a hallucinogen filled nightmare.

Bugz Ronin joins Uzi once again to create a track where he gets candid about experiences he’s had with love on a lovelorn and smooth beat. The most memorable part of the record comes at the tail end in the form of a cinematic skit as Uzi tries to enter reality from the alternate world he had been throughout the course of EA.

From thanking Travis Scott on ‘That Way’, ‘Lil Uzi utilises a special Travis Scott ‘Cashmere Cat horns’ sample which has brought much acclaim to this song. The whole song is a metaphor which brags about how his stock or ‘Price’ is going through the roof. My favourite part of this track is when he blurts out a nursery rhyme-ish line ‘Hickory, dickory, dock, VVS all in my clock,’ which further contributes to the cartoon-ish nature of his persona.

This was the only song on the initial release of the album which received a feature and the use of Syd of ‘The Internet’ is a genius move by Lil Uzi. Syd’s melodic RnB voice compliments Uzi’s verse which lusts over a past lover in a three-minute journey. However, a ring from a phone call cuts everything short and wakes him from his dreamlike state. This song’s melodic style gives us an idea of how the hip hop landscape and its fans have embraced artists like Tyler the Creator or Frank Ocean and allowed them to succeed.

From the transition of the telephone call, the listener is transported to the world of early Uzi. The frenetic beats on the track provides a reminiscence of ‘Luv is rage.’ The song’s title is in reference to the person who named Pluto ‘Venetia Burley.’ He continues his hyperbolic claims of acquiring new money, cars and even turning a ‘gay girl straight and never turning his back on his 1600 block friends.’ What a field day for conservatives!

The sequel to Lil Uzi’s mammoth 2017 hit ‘XO TOUR LIFE3’ was supposed to be a surprise. The flow utilized pays ode to the original version and speaks on many of the topics and symbolisms of heartbreaks and fractured relationships. However, unlike the original; this version was disappointing in my opinion and failed to live up to expectations due to weak vocal inflections and a few ‘off-beat’ moments throughout the track.

Released as a premonition of what was to come; this was a dance heavy track which combined an anime style cover art, a rave ready beat and raps about frequent collaborator and classical designer Jeremy Scott. However, what made this song popular was the complicated dance which has grown in popularity on multiple platforms like Tik-Tok and YouTube and has been an effective lead generator and promotional tool.

Similar to ‘Futsal Shuffle’, this song was released as a separate song prior to the album. What made this such a unique track was the fact that this was an interpolation of the Backstreet Boys 1999 hit. Uzi was able to channel all of his boy-ish charm and energy and merged into his rap style to create an absolute fan favourite.

When Uzi rapped ‘I live my life like a cartoon,’ he meant it. It was the most self-aware thing a rapper could have said and it doubled as a mission statement for the whole album. Uzi raps like he tweets; a collage of left field insights which may seem outrageous to the rest of the world but is clearly communicated within his loyal band of followers.

Despite Uzi’s witty one-liners and constant bragging; the beats and the production stole the show. Brandon Finessin and his collective ‘Working on Dying’, Supah Mario, Bugz Ronin and Chief Keef’s alter ego ‘Turbo’ should be acknowledged for pulling out some of the best samples we have seen in a while. The whole album was a marketing machine and a brand deal bonanza which highlighted the specificity of his ‘Air Forces’ sneaker to the tag on his ‘Supreme’ beanie.

It is important to note that this is not exactly an album which was made for just listening. This is a performance album full of tracks which are meant to bring out the inner rager in you and create the rowdiest mosh pits at festivals. In this day and age of the internet, tracks like ‘Lo Mein' and 'That Way’ have all grown in popularity through the various dance moves like the signature eyeroll and the shoulder shake which have been replicated on the platform.

In retrospect, this album has displayed Uzi’s maturity since 2015 and showed his growth in term of rap skills and can be considered his best album to date and a refreshing insight into the trap niche in the industry. 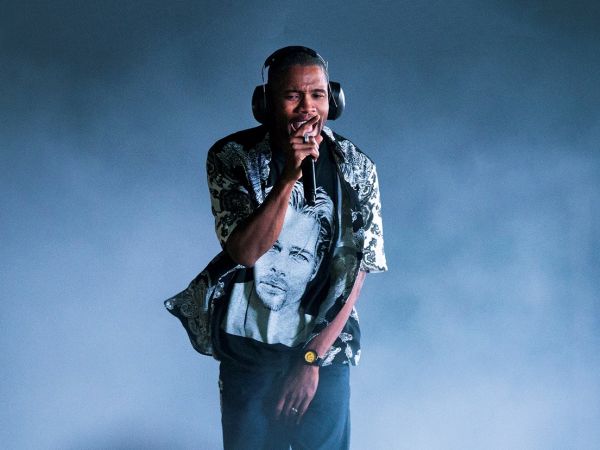