ONCE BITTEN, TWICE SHY: 'THE BALLAD OF SONGBIRDS AND SNAKES'

This book was initially announced as a prequel. Then the speculation began. A fair chunk of the fandom hoped for a blow-by-blow account of Haymitch’s reaping and subsequent Hunger Games.

I was one of the people delighted by the announcement that it would follow President Snow. There’s nothing I like better than a good origin story, or an explanation of the character development of a villain, not that I would classify Snow as such.

When it was released, I went to the bookstore and took a copy from the shelves. When I went to the counter, the ever-familiar bookseller looked me in the eye and said to me: “This is a very important book.”

What I found was something else entirely.

The Ballad of Songbirds and Snakes, which I will abbreviate to BOSS, functions as ‘Panem: A History’ first and foremost. It picks up at a VERY primitive start of the 10th Hunger Games and continues on from there. I can compare it to viewing the original gladiator’s battles vs the current Olympics.

And we get to view it through the calculating lens of Coriolanus Snow.

While it is a very much ‘on-the-nose’ account of how the in-book Hunger Games concept came to be, it shows an insight as to how President Snow was thinking during the 74th and 75th Hunger Games in which Katniss participated.

The term ‘unreliable narrator’ gets thrown around a lot in literary criticism, but for a fair chunk of the book, Snow’s decision-making is altered by an opposing force. This doesn’t make his account untrustworthy, but it did give me pause for thought as to how a character’s thinking can be changed so drastically from the front cover to the back. But, I found I was unfairly comparing it to the Hunger Games trilogy, which had a greater span of events and more pages to subtly change a character, rather than the constraints of one book. This was an error on my part, because changes have to happen quicker in a standalone book than a series.

What I also found was that it functioned as an explanation for the loose threads found in the sequels. We find the origin of some songs – ‘The Hanging Tree’ and ‘The Meadow’. We find how the in-book Hunger Games went from a brutal Battle Royale to a nationwide pageant. We find out about Snow’s rose obsession, Tigris and a really clear explanation about Tesserae. We find out so much more.

Then we are left to join the dots on a couple of things. Such as how District 12 tributes don’t get to learn about their industry before entering the Games. Here’s where I turn conspiracy nut. Bear with me. Spoiler’s ahead, and tinfoil hat on.

Snow’s experience and abhorrence at himself during his time in District 12 along with his involvement with a girl from 12 led him to see the District in a dangerous light. They had the flocks of mockingjay’s close by and a healthy resistance to the law. The tributes from 12 were already formidable in their own right, and Snow could imagine what a force they may be if the older children were given training in using pickaxes and explosives etc from working in the mines. In order to keep the district under control (control being a big theme in BOSS) he prevents District 12 from learning the trade until the children are too old for the Games, thus creating a situation where they had little to no hope of winning the games unless they bring in skills or smarts of their own, which by limiting their education and creating fear of the industry, is not likely. He has then punished a whole district to live with no hope until someone with smarts (Haymitch) or someone with skills (Katniss) appears. The question I pose is: If District 12 had an equal footing in terms of experience, and therefore a larger pool of victors, could it have progressed perhaps in the same was as District 1,2, and 4, and been in the Capitol’s pocket? Would this not have marred the opportunity for ‘fire to catch’? Snow put in the working parts to his downfall long before either of these victor’s parents were born, sowing the seeds of rebellion without regard.

Tinfoil hat is now off.

I can recommend this book as a nice (albeit bloody and violent) tie-in to the Hunger Games Trilogy. It is an important book, though not because of any revelations or because the main character was ‘evil’ or unexpected. It is important because it shows that one person and their suggestions can be the turning point for a nation. It shows that a lot of people can contribute or be the catalyst for generational change. It tells that often, the opposing force creates their own downfall, and if we are lucky, the voices that are heard aren’t the ones building the next Hunger Games arena.

BOSS is the beginnings of Snow. It plants reasons to give depth to future decisions. It puts front and centre the importance of having the right teacher at the right time to encourage passions. Best of all, it demonstrates unparalleled humanity that we all possess and a cast of Capitol characters who could easily be anyone of us sitting in a lecture theatre. 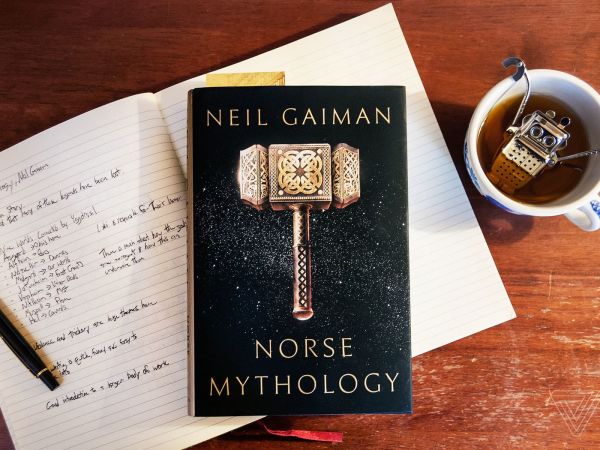 Cheryl introduces us to three easy reads that can help you get back into reading (even if you haven't touched a book since high school).