STREAMING SUGGESTIONS: WHAT YOU SHOULD BE WATCHING THIS NOVEMBER

While I assume most readers will have at least one of the popular streaming services, I understand that some don’t, so I have also included the excellent free service SBS-on-Demand.

Stanley Kubrick’s anti-war masterpiece, Paths of Glory follows Kirk Douglas playing a colonel trying to defend a group of soldiers under his command against court martials of cowardice. This is Douglas’ finest performance – he doesn’t have that kind of Hollywood sheen over his performance that he does in other films, everything is so necessary and brilliant. Kubrick’s film is almost amorphous – it changes from a political film, to a war-time epic, to a court-room drama within 90 minutes, and he handles it brilliantly. What I love about this film most of all, is that it’s a short one. It’s lean, and distilled story as opposed to Kubrick’s later works, everything is important, and there’s no time to be bored. Where I think Kubrick’s longer works like Barry Lyndon and 2001 lack a kind of emotional urgency, Paths of Glory so elegantly and precisely concerns itself with the emotions of soldiers – the final scene of a young German woman singing for the resting men doesn’t play out how you’d think, and is a wonderful, emotionally resonant cap to the tragic comedy of the rest of the film.

“Gentlemen of the court, there are times that I'm ashamed to be a member of the human race and this is one such occasion.”

Invasion of the Body Snatchers

A sci-fi classic, it’s one of the best remakes ever made and a staple in any good horror diet. It’s a very classically-made film, in the sense that it takes its time, there are scenes (yes, I’m looking at you Star Wars 9), and there is a nice, solid ramp up to the ultimate futility of the climax. This remake concerns a health inspector’s startling discovery that humans are becoming replaced by duplicates, sprouted from alien spores that have landed on earth. It so brilliantly captures the paranoia, and the sense of claustrophobia that would happen if you thought everybody around you was a fake. The final scene of the film, one of the most famous in horror cinema history, is simply haunting and a great shock if you’ve never experienced it before. Give it a watch!

“We came here from a dying world. We drift through the universe, from planet to planet, pushed on by the solar winds. We adapt and we survive. The function of life is survival.”

Palm Springs is one of the better movies released this year, it’s a really entertaining and well-made popcorn feature that, although not especially original, does just enough to be a nice, easy watch. It’s a classic time-loop film, by no means as good as Groundhog Day, but really slick, with some good performances by Cristin Milioti and J.K. Simmons (Andy Samberg also stars… as himself… again). Samberg plays Nyles, a wedding guest stuck in a time-loop, who accidentally leads another wedding guest into the loop, where they are stuck together, seemingly forever. It’s a cute setup and lends itself to some safe, but solid humour. Don’t go into the film thinking it's going to be a masterpiece, but it's one of the most watchable films I’ve seen in a while, a perfect rom-com for a date night or something to keep you from the eternal boredom of living. I don’t know… give it a watch.

“I can't keep waking up in here. Everything that we are doing is meaningless.”

The King of Comedy

Martin Scorsese’s oddball counterpart to Taxi Driver follows Rupert Pupkin as a wannabe stand-up who worships the ground that Jerry Langford (a late-night host) walks on. He’s essentially Langford’s biggest fan in the world, in the worst way possible. Pupkin continually tries to get onto Langford’s talk-show to perform his set, and hopefully become the next big thing, but always gets rebuked. The film plays off this premise in an unusual way – it doesn’t land into some Hollywood schmaltz of Pupkin finally achieving his dream, but delves into a cringe-worthy (in a good way) exploration of delusion, parasocial relationships and stardom. This might be seen as a minor work in Scorsese’s canon, but that’s by no means an insult, it’s fantastic.

“Better to be king for a night than schmuck for a lifetime.”

An absolute favourite of many, Kung Fu Hustle is one of the most entertaining and well-done comedies of the 21st century. It wears its stylistic influences so much on its sleeves that it feels like it's almost going to buckle under the weight of needing to reference so many things. Stephen Chow plays a lowly gang member who is resigned to being the villain, because the ‘good guys never win’. It’s a classic hero story that isn’t especially novel, but the film has a great deal of fantastic set-pieces, amazing characters and really good humour to stick the landing. I don’t think I can say much more about the film, it’s pretty amazing, maybe Bill Murray can convince you, “That movie is just AHHHHHH!" And when I saw that, I was like: That. Just. Happened. There should have been a day of mourning for American comedy the day that movie came out”.

Jason and the Argonauts

The name, ‘Ray Harryhausen’ has become more famous than even the directors who made the films that the man worked on, and that’s for good reason. Harryhausen was the godfather of Stop-Motion animation, going on to influence the works of filmmakers such as Tim Burton, Steven Spielberg and Guillermo Del Toro. He created a whole new form of stop-motion called ‘Dynamation’, revolutionised how films were made, and left a lasting legacy of monster movies that have sadly gone unseen in recent generations. Earth vs. the Flying Saucers, The 7th Voyage of Sinbad and The Valley of Gwangi were just some of the films that Harryhausen worked on, but the very best film he made, his self-confessed favourite, was Jason and the Argonauts. The story is about Jason, who is prophesied to kill King Pelias, the man who murdered his father, and reclaim peace in the kingdom. I concede, the story is really just secondary to the grand sense of adventure and wonder that the film embodies; it’s wonderfully entertaining and the set-pieces are simply amazing to watch, even now. Harryhausen creates such iconic moments, you’ve probably already seen Jason and his Argonauts fighting the stop-motion skeletons, or Talios’ famous head-turn, but give the whole movie a watch. It comes from a time of simpler story-telling, unassuming and simply there to please you and let your imagination run wild.

“The gods of Greece are cruel! In time, all men shall learn to live without them.”

Having recently gotten around to watching this, I can confirm, that it is an absolute masterpiece – one of the great films of last decade. Hirokazu Kore-eda has the sensibility similar to that of Ken Loach, but the aesthetic style of his Asian contemporaries like Edward Yang and Hou Hsiao-Hsien, a feeling of quiet and tranquillity, reflected in the hues of green and blue throughout the film. Shoplifters is essentially about a ‘family’ of squatters who find an abandoned and abused girl one day, and bring her up as one of their own. It’s an elegant reflection of the family dynamic, and Kore-eda allows the film to simply play out how it does, unconcerned with pacing or needing to desperately entertain or engage the audience. The film is brilliant, and most importantly, it feels like a true reality with some elements of melodrama mixed in, rather than most films that are a reality of melodrama. It doesn’t need to contrive excitement because life itself is exciting enough anyway.

“Sometimes it's better to choose your own family.”

Do the Right Thing

Spike Lee’s magnum opus, Do The Right Thing is a fantastically entertaining and insightful look into discrimination and the clash of cultures. The film is so modern, so relevant, and yet so timeless. It has a distinct kind of style that I’ve only ever seen in one other film since (Lee’s later Summer of Sam), a feeling of a real neighbourhood that the characters inhabit. It’s the middle of summer and in this neighbourhood in Brooklyn, there is a simmering racial tension between the Italian-Americans and the African-Americans, and Mookie stands in between both worlds. The film so adeptly creates an atmosphere of rising emotions, at every moment you know what the film will culminate in, but you love the characters so much you hope it doesn’t happen. But it does, and in that final climactic moment when Mookie throws a trash can through the window, it's one of the great moments of cinema. Not especially because of how it's done, or what it entails, but because of the motivation. Lee himself said that a lot of white people came up to him after the film and asked why Mookie would do such an idiotic thing, but never someone who was Black… Maybe when you see the film, you’ll know which side of the fence you sit on. 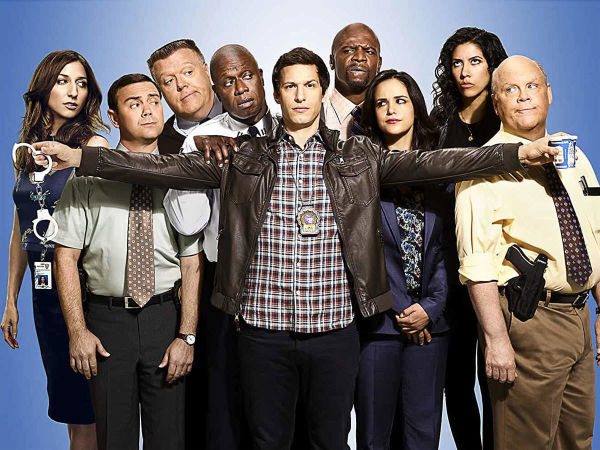 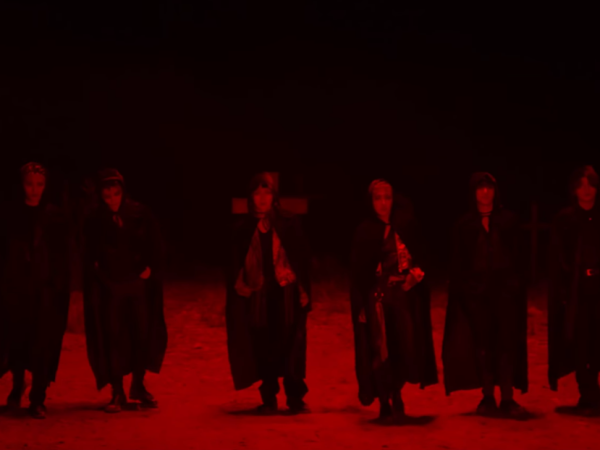 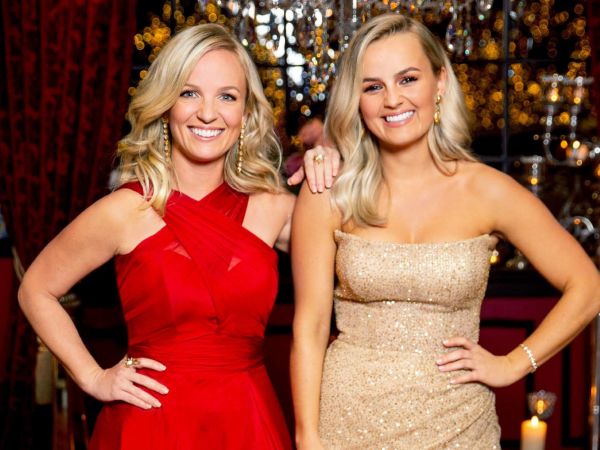