THE TOP 5 MYTHS FROM ANCIENT GREECE

Greek mythology is expansive and ancient. These stories of the triumphs and tragedies of gods and goddesses (and some mortals in the mix), started out as ways of explaining how the world was or teaching moral lessons.

Over the course of history, these myths have often become a source of inspiration for a lot of Western entertainment and pop-culture.

Even if you think you know nothing about Greek mythology, you’re probably heard of Pandora’s box and King Midas’ golden touch, or are at least vaguely familiar with the much modified Disney version of Heracles (fun fact: ‘Hercules’ is actually his Roman name).

Still, not everyone knows the name of the guy who had roll a stone up a hill for eternity (Sisyphus), or that kid who flew too close to the sun (we’ll get to him, don’t worry). To help you delve a little deeper into the weird and wondrous world of this ancient Greek folklore, here are five interesting Greek myths.

The cautionary tale of Icarus often manifests itself in the warning not to fly too close to the sun – a warning against the dangers of hubris. There is a lot of backstory and the beginning of the tale is a little convoluted, but it goes something like this…

In Greek mythology, Icarus was imprisoned with his father Daedalus, the master creator of the labyrinth which trapped the Minotaur. King Minos (who had ordered the labyrinth to trap the half-man half-bull Minotaur that had been born to his wife and a Cretan bull) ordered the imprisonment of Daedalus and Icarus, as punishment for Daedalus giving Minos’ daughter, Ariadne, a ball of string to help Theseus (an enemy of Minos) to survive the labyrinth and defeat the Minotaur.

To escape their imprisonment on the island Crete, Daedalus fashioned two pairs of wings from wax and feathers for himself and his son. Daedalus went first, warning Icarus to follow his path, not flying too close to the sun or sea. But being overwhelmed by the feeling of flying, Icarus soared into the sky coming too close to the sun. As the heat from the sun melted the wax, his feathers fell and Icarus soon realised that he was flapping bear arms. Unable to fly without his wings, Icarus fell into the sea and drowned.

The Abduction of Persephone

Persephone was the daughter of Zeus and Demeter, the goddess of nature. In mythology, it is said that on one of the rare times Hades traveled out from the underworld, he laid eyes on Persephone gathering flowers in the field. Hades fell so instantly in love that he decided to kidnap Persephone and make her his wife.

Realising that her daughter had been taken, Demeter searched frantically, destroying crops, livestock, and anything else that got in her way. In her rage, Demeter vowed to neglect her duties until her daughter was returned, covering the earth with snow and leaving nature to wither and die so that the world would be as barren as her heart.

Fearing the loss of earth to Demeter’s pain, Zeus ordered Hades to return Persephone. Hades reluctantly agreed, offering the now-ravenous girl a platter before she left. Consumed with hunger, Persephone ate six pomegranate seeds from the platter. When Zeus and Demeter came to collect their daughter, Hades announced that Persephone could not leave for she had eaten the food of the dead.

Desperate not to make matters worse, Zeus and Hades came to a compromise – for half the year Persephone would stay with Hades in the underworld, and for the other half she would return to her mother on earth. Abiding by her vow, for six months of autumn and winter while Persephone is gone, Demeter makes the earth cold and lifeless to match her empty heart, and over the six months of spring and summer while Persephone is returned to her mother, the earth springs to life once again.

And that (according to the ancient Greeks) is where the seasons come from.

The story of Orpheus and Eurydice is one of tragedy, meant to teach patience and the importance of keeping faith. As Greek myths go, this is a relatively ‘new’ one, which may be better known nowadays as the inspiration behind the Broadway sensation Hadestown. The story goes as follows…

Orpheus of Thrace was the son of Apollo and the muse Calliope. He was a musician who could play the lyre so beautifully that it entranced everyone and everything, including the trees and rocks. When he saw the beautiful Eurydice, it was love at first sight and they soon married happily. But shortly after, as Eurydice was wandering through the forests she was bitten by a venomous snake and died instantly.

Orpheus sang his song of grief and it was so moving that it touched all living and non-living creatures, mortals and gods alike. Longing for his wife, Orpheus descended through the underworld to meet Eurydice. While mortals could only enter the underworld once they had died, Orpheus was protected by the gods and thus he went down into Hades’ realm armed with the lyre that had been gifted to him by his father, Apollo. With his lyre, he charmed Cerberus, the three-headed hound of Hades, and moved Charon, the boatman, to take him across the Rivers Styx.

Presenting himself to Hades, and his wife Persephone, Orpheus played his grief on the lyre and melted Hades cold heart. So touched by Orpheus’ song of love, Hades told him that he could take Eurydice with him out of the underworld – so long as Eurydice followed behind Orpheus, and Orpheus did not turn to look back at her before coming out to the light, or he would lose her forever.

Agreeing to these terms, Orpheus began his journey back to the light, straining to hear Eurydice’s footsteps behind him. However, Orpheus could hear nothing for although Eurydice was following behind him, she was only a shadow of herself, waiting to be brought back into the world in order to become a living being again. As he walked the doubt crept in, and Orpheus began to believe that the gods had tricked him. A few steps from the light, Orpheus turned back to look. As soon as he laid eyes on Eurydice, her shadow was whisked back into the underworld and lost to him forever.

Heracles and the (second of his) Twelve Labours

Made a legendary hero by his twelve labours, Heracles was the son of Zeus and Alcmene (the granddaughter of Perseus), intended to become the ruler of Greece as the next son born of the Perseid house. But when Zeus’ jealous wife, Hera, found out about Alcmene’s pregnancy, she played a trick to have the sickly Eurystheus born first, and thus made the King of Greece.

Determined to trouble Heracles, Hera also made him lose his mind. In his confused and angry state, Heracles killed his own wife and children before waking up from his insanity to find out the shocking things he had done. Praying to Apollo for guidance, Heracles was told to serve King Eurystheus for twelve years in punishment for the murders. As a part of his sentence, Heracles was made to perform twelve labours, and his struggles ultimately showed that he was the embodiment of pathos, leading to his fame and immortality.

For the second of Heracles’ twelve labours, he was to kill the Hydra, a monstrous and venomous serpent with nine heads. Shot with flaming arrows, the Hydra emerged from its den and coiled itself around Heracles’ foot making it impossible for him to escape. Heracles attacked the many heads of the Hydra, but as soon as he cut off one head two more would emerge in its place.

To get the better of the beast, Heracles chopped off each of the Hydra’s eight mortal heads and held a torch to the headless neck to prevent the replacement heads from growing. The ninth immortal head was chopped off and buried by the side of the road, with a heavy rock placed over it for good measure. Heracles used what remained of the hapless Hydra to dip his arrows in its venomous blood.

Perhaps the best story of classical mythology is that of Eros and Psyche, a story of love that has been the inspiration behind countless romantic tales – including well-known Disney movie, The Beauty and The Beast.

Psyche was a mortal woman of great beauty, rumoured to be even more beautiful than the goddess Aphrodite. Jealous of Psyche’s immense beauty, Aphrodite ordered her son and the god of love, Eros, to make Psyche fall in love with the most vile and despicable creature who had ever walked Earth. But being completely mesmerised by her beauty, Eros himself fell in love with Psyche and failed to do what his mother had asked of him.

Meanwhile, Psyche found it impossible to love as the men who admired her did not fall in love with her and passed her by to marry other women. Psyche’s two sisters, who were less beautiful and seductive, each married lavishly to kings while Psyche remained alone. In desperation, Psyche’s father visited the oracle of Delphi to ask Apollo for advice on finding a husband for Psyche.

With Eros whispering in Apollo’s ear, Psyche’s father was told that she would marry an ugly beast whose face she would never be allowed to see. She was to make her way to the top of the mountain, where her future husband would be waiting for her. With her family devastated by this news, Psyche was prepared as if for death and led to the top of the mountain where she was left.

Being only with her husband at night, Psyche did not look upon his face. But the tender love he showed her made her believe that he could not possibly be a monster. Confiding her true feelings to her two sisters, the jealous sisters persuaded Psyche that her husband was truly an ugly beast and a monster who would seek to do her harm.

Overcome with curiosity, as her husband slept peacefully that night, Psyche lit an oil lamp and held it to reveal not an ugly monster but the beautiful face of Eros. Ashamed by her mistrustful behaviour, Psyche fell to her knees to thank the gods. Yet in doing so she spilled a drop of hot oil from the lamp onto Eros’ skin. Waking in pain he saw the lamp and left Psyche, telling her that love could not live without trust.

Desperate to prove her love, Psyche prayed to Aphrodite for help. But Aphrodite was still jealous of Psyche’s beauty and said Psyche would have to accomplish three dangerous tasks to prove her worth. Failing even one would mean the loss of Eros forever. Psyche worked hard to face these trials, yet her success only further enraged Aphrodite who declared that Psyche would never be set free.

Having seen Aphrodite’s wrongdoings, the gods sent Hermes to tell Eros of the misfortunes his wife was suffering. Touched by her efforts, Eros’ wound of betrayal was healed and he went immediately to save Psyche from his mother. Amazed by her show of love, Zeus granted Psyche immortality as a wedding gift, so that the two lovers could be together forever. 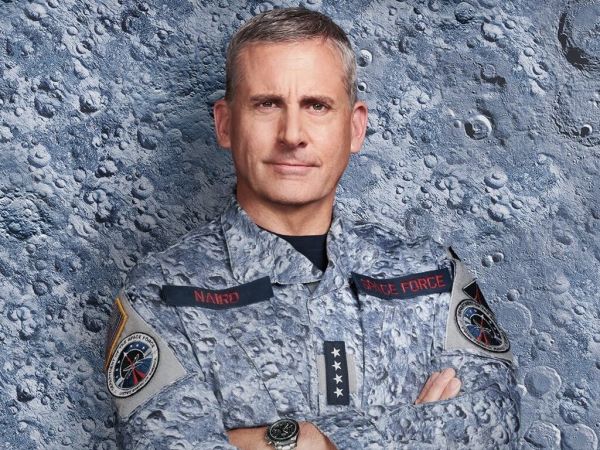 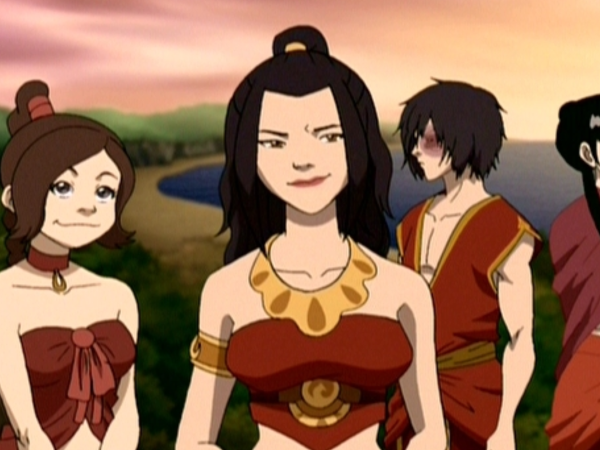 With Avatar: The Last Airbender back on Ntflix, Katie introduces us to some of the serie's best episodes.