REVIEWING 'THE PHANTOM MENACE' - CAUSE WHY THE HELL NOT?

The degradation of my mind continues unabated. In the midst of our coronavirus induced nightmare, it’s clear this is somehow my fault. I don’t know how, I don’t why, but it was probably me.

Much like the repentant zealot, if I subject myself to enough pain - hopefully, I can end our collective punishment.

Episode I – The Phantom Menace. Who is the titular character? Is it Shiv (yes that’s his first name), Palpatine, or is it George Lucas’ ego? The thrilling opening to the long-awaited prequels begins with…a trade dispute? Okay then. The Galactic Trade Federation – headed by the most racist Asian caricatures since WWII era Looney Tunes, are blocking imports and exports from the planet Naboo at the behest of the mysterious Darth Sidious (not a mystery). If it were anymore racist Lucas would’ve had characters start blaming them for coronavirus.

Now enter the Jedi (Liam Neeson and Ewan McGregor), Obi Wan Kenobi in his prime and his suave new master – finally, some excitement.

Well no, unless you find the prospect of guys with glow sticks knocking down sentient Lego soldiers exciting – because that’s what it feels like. There’s no suspense, no drama, no tension.

Only bad haircuts and stilted dialogue.

Anyway, after a brief foray on Nute Gunray’s (again yes, that is the actual name of a character) spaceship, our beloved heroes have snuck down to the planet Naboo, in order to warn the Queen (Natalie Portman) of the impending invasion by the extrajudicial corporation. After a few more insipid action sequences, we reach the zenith of cinematic…what’s the opposite of excellence?

Jar-Jar Binks, the not funny, not relieving, comic relief.

Another character with heavily racist undertones and overtones (he has a Jamaican dialect, acts like an idiot and his species are wholly subservient to the ruling human class). This decrepit space rabbit tags along for whatever reason with the Jedi and takes them to his underwater city. Whatever. Who care

A metaphor for the emotions the audience feels watching the film, Tatooine is a barren wasteland. On the hunt for a new ship part or whatever, Qui-Gon Jinn (Neeson and yes, this also an actual name) has a chance encounter with one Anakin Skywalker (aka Darth Vader!) and his slave master, another overtly racist (a motif of sorts) alien named Watto.

There’s something about Anakin that Qui-Gon can’t quite put his finger on (let me guess, the script force told him there was something special about him).

Talking to his mother, we learn that Anakin is literally a Christ like figure – immaculately conceived by the Force as the Midi-chlorians (what?) only begotten son and that he also invented C3PO? Cool.

Anyway, more uninteresting events happen, Darth Maul makes an appearance (the one redeeming aspect of the film), and Padmé – who is 15 years old, begins the process of grooming 9-year-old Anakin, the creepiest, most awful aspect of the whole series, by far.

Watto agrees to release Anakin to the Jedi on the condition he win some race. Overcoming hijinks, he wins said race. Qui-Gon and Obi Wan return with Anakin to the Jedi Council, who reject him, blah blah, who cares, who cares. They go back to Naboo, defeat the Trade Federation but Qui-Gon loses his life at the hands of Darth Maul before being avenged by his apprentice Obi Wan; an exhilarating but brief reprieve to this two-hour self-immolation. Anakin is accepted by the Jedi and Obi Wan becomes his master. Finished. Thank the lord.

This movie is nothing but dialogue and exposition. A dialogue heavy movie can be interesting but in the Phantom Menace the talk is less Tarantino and more Tommy Wiseau. The acting is awful (just so awful) and the film would be more suitable for a screening at Guantanamo Bay than in your living room.

Check out the trailer for Star Wars Episode I: The Phantom Menace here (if you dare): 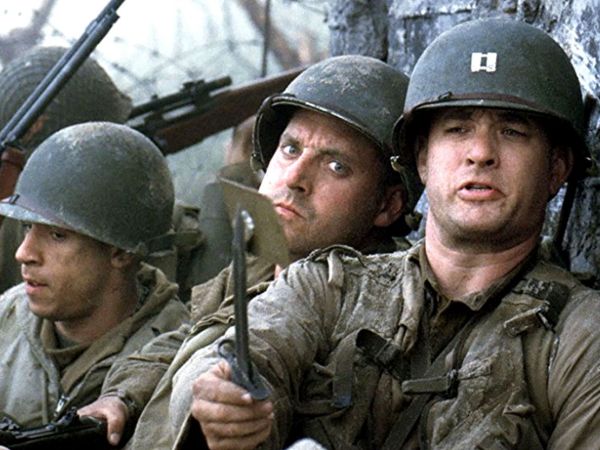 Revisiting 'Saving Private Ryan' in the Lead up to Anzac Day

'Saving Private Ryan' is finally up on Netflix. Nina examines its legacy some 20 years later. 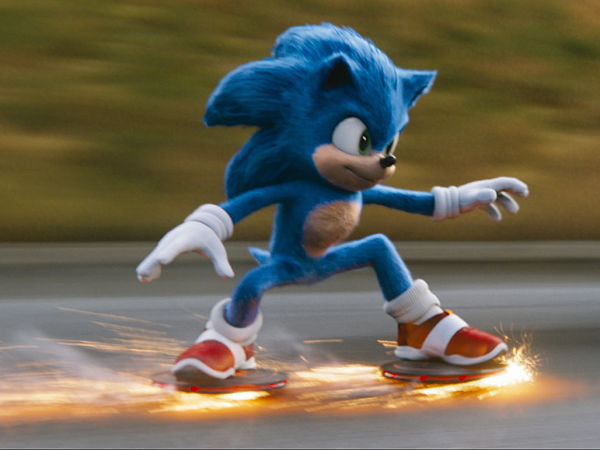